From the best GPS dog collar to bismuth loads, here are some lessons to consider for next season 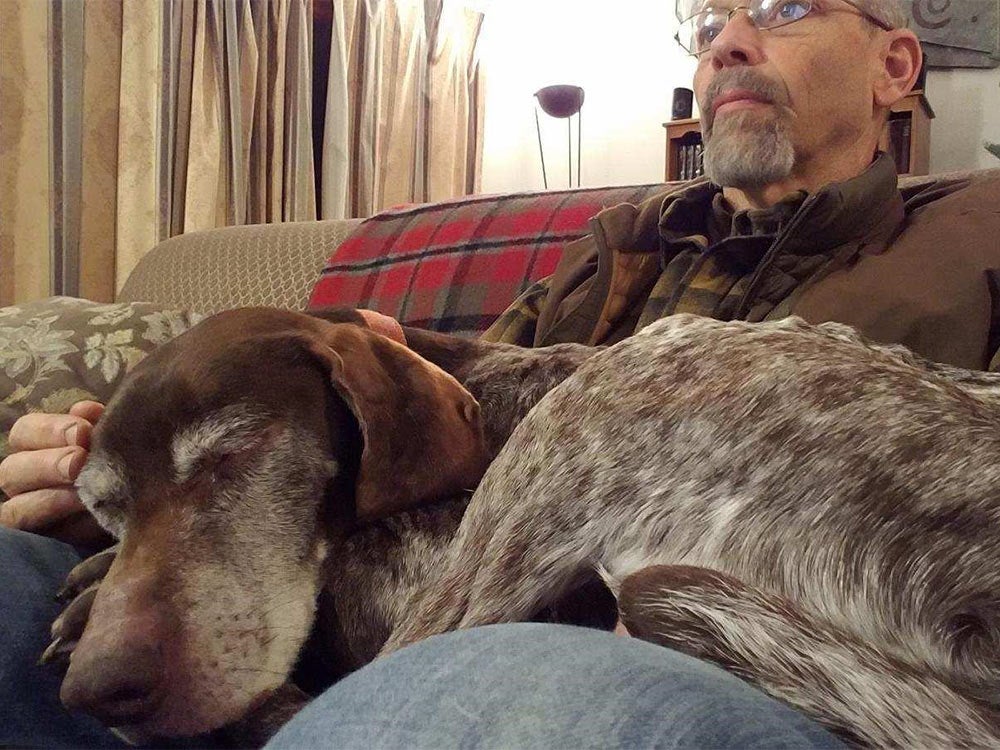 The season is over. Yours may already have ended, or you may have a few weeks left, but we’re down to the bittersweet end. As seen here, two days after pheasant season closed, Jed was back to being a 50-pound lapdog. I was trying to pay attention to playoff football but could only brood over the fact that it was 287 days until pheasant season opens again—although doves and teal were “only” 232 days away.

It was a fun season. To look forward to next year by looking back at this one, here some takeaways:

I mentioned my fondness for GPS collars last year. The Garmin Pro 550 Plus I’ve been using this year is life-changing. Jed rarely gets more than 100 yards away, but he disappears on tall prairie grass. My muzzle-blast-rattled ears can still hear bells and beepers, but I have no clue which direction the sounds are coming from. The Pro 550 Plus solves all that. Unlike all the other GPS collars I’ve seen, the Pro Plus doesn’t tell you where you parked the truck, where you found a covey last week, how many miles you walked, or anything else I don’t need to know. It shows you where the dog is, period. It’s just a training collar with a small display at the base of the transmitter with an arrow that indicates your dog’s direction and a readout of how many yards or feet away your it is. It has a range of two miles, although I’ve only tested it to 600 feet—the day I ran Jed with another dog who was a very Bad Influence. I keep the transmitter looped to my belt (double looped, actually—I have lost transmitters before; at Garmin customer service, they call Mondays during hunting season “transmitter Mondays”), and I tuck it into the pocket of my front-loading game bag with the display end sticking out, where I can glance down and see where Jed immediately. The devise is quiet—no tinkling or beeping—and it works. There is no more wondering where my dog has got to, even on windy days that made beepers hard to hear. I don’t ever want to hunt in long grass without one again.

For various reasons, I bird hunt with non-toxic shot often. With my all-time favorite, Kent-Tungsten Matrix priced into the stratosphere, I pick bismuth for most of my non-toxic bird hunting needs. This year, I shot Kent’s 1350 fps., 1 ¼-ounce loads of 5 shot. And they worked. I got through the season without losing a bird that hit the ground—although one visibly hit bird did keep flying, perhaps to die (I hope not), or perhaps to recover and develop a burning hatred of mankind.

In my admittedly anecdotal experience with the stuff, it doesn’t kill birds dead as, say, 1 ¼ ounces of good lead 6s or even steel 2s or 3s at 1300-1400 fps-ish velocities, all of which are deadly. It may have something to do with the frangibility of the pellets, (although the Kent shot is much improved over original bismuth in that regard) combined with the fact that most pheasants are shot going away—meaning the pellets have to go through a lot of bone and feathers and other stuff to reach the vital areas. I may bump up a size to 4 shot next year and see what happens. I would predict better results

If you shoot old guns that can’t take steel, and you can’t shoot lead, bismuth is what you want, and the very good news is that Kent has brought the price down to well below $2 per shell and packs it in 25-round boxes.

In my line of work, you are cash-poor but gear-rich, because you earn no money but people send you nice things. That is why you see me hunting in $500, semi-custom, leather-lined LeCheameau rubber boots* but driving the same used Jeep for eleven years.

For that reason, I have enough tungsten-iron turkey ammo to last for the rest of my life, and probably arm two succeeding generations of turkey-hunting Bourjailys.

This year it occurred to me that those unused tungsten-iron turkey loads might make exceptional cripple swatters on waterfowl hunts and they were just lying around so why not? And, yes, it turns out that if you need to flatten an injured, swimming goose right now at about 50 yards, a 2 ½-ounce load of Hevi-13 6 shot will do it with one shot after everyone else has emptied their guns loaded with steel 2s at the bird. Geese, like turkeys, give you a head and neck shot and nothing else when they’re on the water.

I bring this up because manufacturers of premium non-toxics have always claimed that you save money with their products because you don’t have to shoot as many shells during a hunt as you do with steel. I have never found that to be true, because I don’t have to shoot that many birds twice in the air with steel. But in the case of cripple swatting, it certainly seems to be true. Take a couple along on your next waterfowl hunt in case of a cripple-stopping emergency.

* They are wonderful, but when they wear out, I’ll go back to Muck Boots. Five hundred dollars is an insane amount of money for a pair of rubber boots.