I was going to write about something really glamorous to start off the new year, such as “If You Choose... 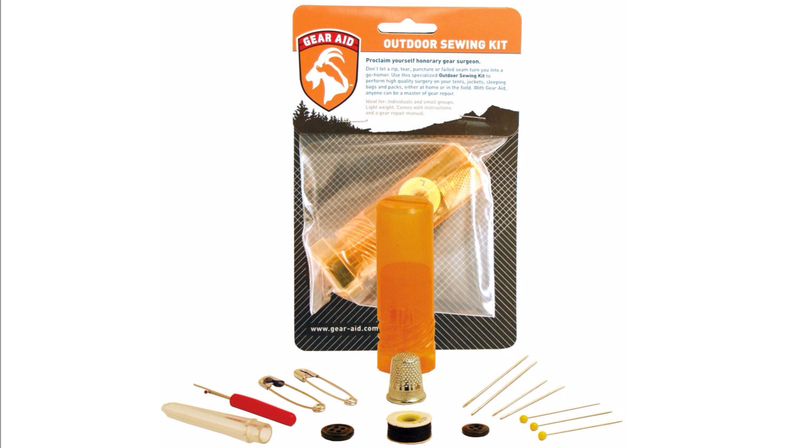 I was going to write about something really glamorous to start off the new year, such as “If You Choose the .260 Remington over the 7mm/08, Will You Burn in Hell Forever?” or “How to Extend the Barrel Life of Your 6.5 Arisaka,” or “Can Anguished-Liberal Screeching Cause Permanent Hearing Loss?”, but decided not to, because I’m off to the SHOT Show, where there is more than enough glamor waiting, as well as fart fogs.

Instead, I chose to write about something that I’ve carried in my duffle bag for 50 years, seldom used, but was damned glad to have along when I did need it. I’m referring to a sewing kit. I got acquainted with sewing kits in 1963 when I joined the Army to learn how to polish boots. We called sewing kits “housewives,” and they were not issued but you could buy them at the PX, which stands for Post Exchange. It was much easier to replace a uniform button than get caught without it and spend the night in the mess hall on KP, scrubbing pots.

Today, I understand, use of the term “housewife” is considered sexist. According to the Uniform Code of Military Justice (UCMJ) its use is punishable by Summary Court Martial, and can result in demotion of one pay grade and forfeiture of pay and allowances for 180 days.

I had an Army sewing kit for a long time, and lost it, and put together another one. The ingredients are very simple. You need buttons, all sizes, some big safety pins, heavy thread, big needles with big eyes, and a small scissors. If you’re smart enough to pack a Swiss Army knife you can skip the scissors and use theirs.

A word about thread. The best for the kind of sewing you will do is called carpet thread, which is seriously strong stuff. You are not going to break carpet thread unless you work at it. You don’t need a whole roll; just peel off a couple of yards or so and wrap it around a piece of cardboard. Don’t bother with small needles. You’re not going to be sewing a lace veil. At least I hope you’re not.

I found that the damned needles eventually worked their way through whatever I put them in, even pill bottles. So now I put the whole mess in a Pelican 1020 Micro Case, which I got at L.L. Bean. Nothing gets out of the Pelican, or into it.

There are all manner of military sewing kits on the Internet, but Cabelas sells one of the best. It’s made by Gear Aid, and is called the Backpacker Deluxe Sewing Kit. It’s very compact and cost only $9 when I bought it.

Finally, do you have to be able to sew? Of course not. My stitching looks like it was performed during a grand mal seizure, but there are repairs I made 30 years ago that are still holding. Just don’t stab yourself in a finger.