Shooting Champions Are Born and Made 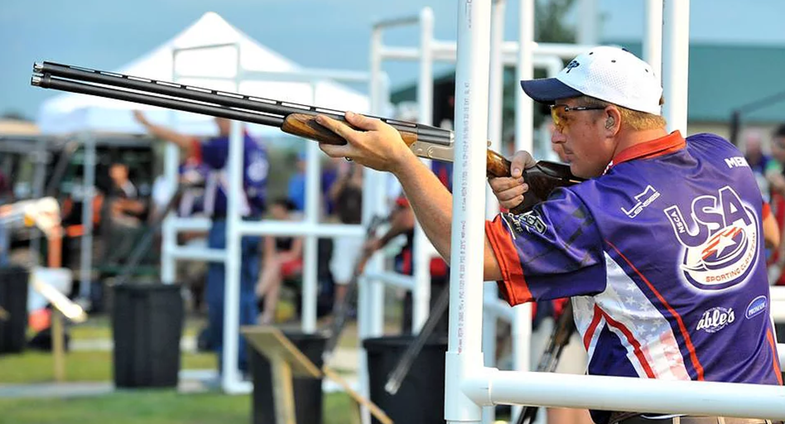 Meaning, with enough lessons and targets, you can take someone without any particular physical gifts and teach them to be a competent shot. I am living proof of this. However, you can’t spend, practice, and work your way to the very top if you don’t start with natural ability. It’s not true that with enough hard work anyone can accomplish anything. It takes inborn talent plus a ton of hard work to make a champion at anything.

I got an eye-opening demonstration of this last weekend from sporting clays shooter Derrick Mein, on a rimfire silhouette range, of all places. Mein is currently among the best shooters in the world. We were both at the Copa Aguila in Guadalajara, which he won handily.

There were rimfire and silhouette competitions along with sporting clays, and one day while waiting for my event to start I wandered down to the silhouette range. John Nagel, one of Aguila’s sponsored shooters, asked me if I’d like to shoot his pistol. Metallic silhouette shooting is an insanely hard game. You shoot off-hand with pistols and rifles at metal animals the size of hamsters set at ranges up to 100 yards. Nagel’s pistol was a custom Magnum Research semiauto. It looked like a 10/22 with a pistol grip, a 15-inch barrel and a 30mm 15x-60x rifle scope on top.

He showed me how to hold it: close in front of your face, with your off hand wrapped around the tube of the scope to support it. I tried to shoot the ram targets at 100 yards. Even cranked down to 15x, the reticle bounced all over the place, and no metal animals were harmed.

Then Derrick Mein stopped by to see what was up. He got his lesson on how to hold the pistol and tried it. First mag, he missed just as I had. Then he reloaded and thought for a second. He started the gun to one side of the outer ram target, and slowly and steadily swinging it down the line of targets, dropping all five without ever stopping the gun. “The crosshairs are steadier when I move the gun,” he said. It was like that scene in Butch Cassidy and the Sundance Kid where Redford says “I’m better when I move,” except this actually happened.

Seeing Mein figure out how to shoot an unfamiliar gun at targets he’d never seen before made me realize I was in the presence of physiological genius (I wasn’t surprised to learn later that he started competing in sporting clays at age eight and had shot and played baseball in college; good baseball players have great eye-hand coordination). That, plus years of practice and competition, is what it takes to become a great shot. Us ordinary folks can get good, even very good, but greatness is out of our reach.