Glendon Swarthout's The Shootist gets a lot wrong about guns, but not this: shoot lots and shoot often 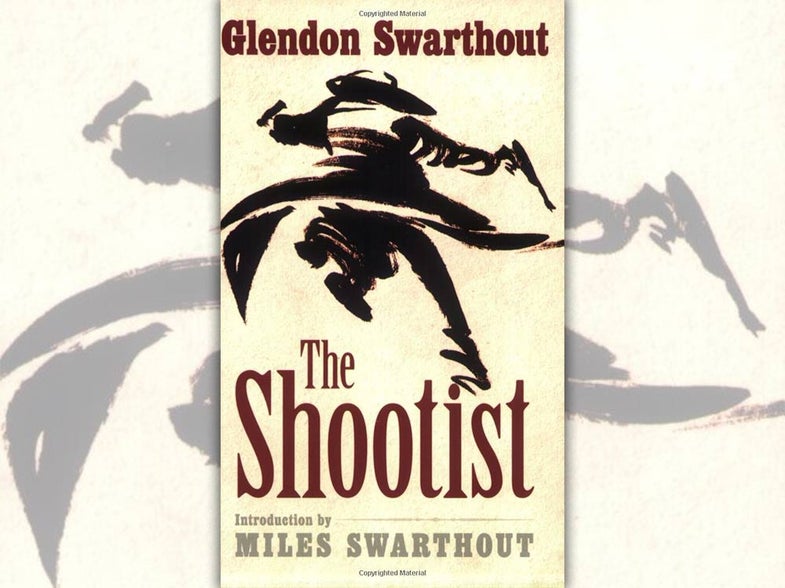 One of the best Western novels ever is Glendon Swarthout’s The Shootist, which was published in 1975 and, in 1976, made into a dreadful movie starring John Wayne. Like every other novelist who writes about guns, Swarthout does not know jack sh*t about the subject. His protagonist, the gunfighter (or “shootist”) John Bernard Books, carries a matched pair of “obviously custom made” short-barreled Remington double-action revolvers, nickel-plated, hair triggers, gutta-percha handles on one, mother of pearl on the other.

This is all well and good, except that the only DA Remington revolver I can find is the Remington Ryder, which is a big, clunky percussion handgun, and the story takes place in 1900 when only the mortally stupid used percussion guns. Putting hair triggers on the pair would mean that you would first have to cock them to get the light pull, which would slow you down, and just about guarantee an accidental discharge. They also have safeties because, as we all know, revolvers have safeties.

At one point, Books fires his sightless Remingtons at a knot on a tree, aiming with great care. Has anyone out there ever aimed a sightless gun carefully? And, of course, when he fires, the air is filled with black powder smoke.

Yet amidst all this drivel one partly true sentence stands out. Books says, “A weapon wants firing regularly. Otherwise it fouls when you need it.”

Well, 50 percent isn’t bad. Guns do work better when they are used a lot, and used regularly. They foul when you don’t clean them.

I read, or heard, from a SEAL that the M-4 carbine doesn’t really start to function until you put 3,000 rounds through it. This could be true. I know for a fact that a bolt-action that’s been in use for 50 years doesn’t cycle like a brand-new bolt action. Nor do semiauto shotguns, or pumps. Cycle a Winchester Model 12 that’s been used in competition for 30 or 40 years and has tens of thousands of rounds through it. It goes slickety-slack.

Those cars run best which are driven every day, and every standby generator that’s worth a damn is programmed to run once a week, regardless.

If you do put a gun away, put it away clean. If you don’t, the semi-solid ugh which is in it will transform over time into the consistency of hardened tar, and off to the gunsmith you will go.

And do not leave it cocked. Permit me to quote my friend and gunsmith John Blauvelt, who has seen the results of storing guns whose springs are left under load:

“It is mandatory, in my opinion, to release the tension on all springs that power the hammer, firing pin, and/or recoiling parts. I see many guns that come in here for weak strikes to the primer. They have been stored with the mainspring left in the cocked condition since last hunting season. The bolt group left locked back on semi-autos is also not a good way for them to be stored. Internal hammers should not be left cocked on pump and semi-auto firearms. Plus hammers and strikers left cocked on pistols. Keeping these springs under full tension for long periods of time is not good for long-term reliability. It’s a simple matter to release the tension by dry-firing the gun or using a snap cap. Bolt actions are the easiest. Just pull the trigger and close the bolt. I’m amazed that so few gun owners know how to do this.”

Be, as they say, advised. And mind those safeties on your DA revolvers.