Shooting Advice: How to Slow Down Targets 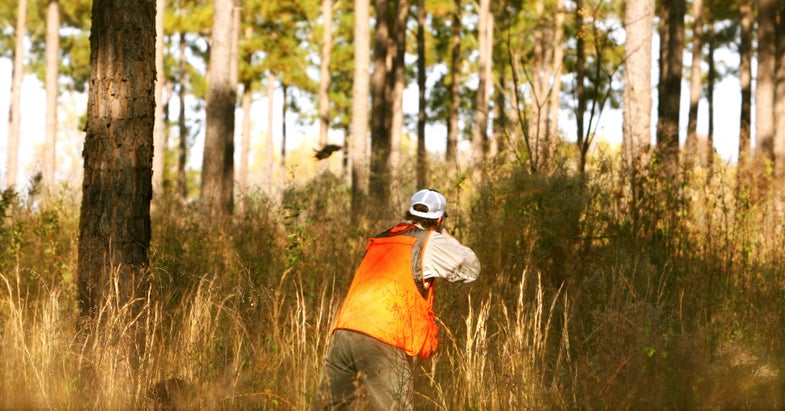 We cannot dodge bullets like Keanu Reeves in The Matrix. And don’t try that at home, either. But, we can slow targets down. We all experience days when birds or targets seem to zip past and look tiny, and other days when they are slow and look like trash-can lids. Part of that sensation is what is called Being in the Zone, a state of complete immersion and focus that we’ve all felt, although few can summon it at will. Part of slowing down targets, though, is completely under your control.

You don’t have to be in the zone, or be The One, to make targets and birds seem to fly slower. There are tricks to it: where you start your gun, and how fast you move it. If you can start (or insert, to use sporting-clays jargon) the muzzle in front of the target rather than swinging from behind, the bird will seem to fly slower. You are not scrambling to catch up with it, and the target seems to move more slowly.

If you’re shooting targets with your gun premounted, try moving the muzzle farther from the trap, then cut your eyes back toward the thrower. Watch the target come to your muzzle. Now it’s taking a long time to get to you, and it seems to be moving much slower.

The last way to slow targets down is to shoot them with an unloaded gun. I do this a lot when I teach beginners. If they are struggling, I’ll have them point with an unloaded gun at the target and pretend to shoot it, even saying “bang” when they would fire. They always agree that the target looks much slower when they’re not trying to shoot it. Usually, they break the next one they try.