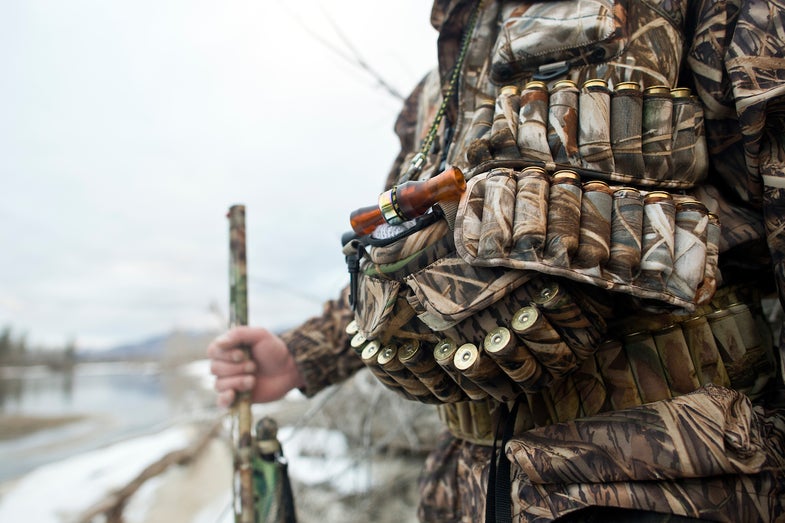 A belt loaded with shells during a chilly goose hunt. John Hafner
SHARE

I was out at the gun club the other day where I found one of the regular skeet shooters busy chronographing reloads. He told me that the day before, when it was quite cold, most of his reloads were bloopers. He took them into the clubhouse, warmed them on the stove, and when he tried again with the warmer shells, they worked fine. That next day it was a good 20 degrees warmer and, according to the chronograph, the shells were working exactly as they should.

A few things happen to shotshells in the cold. Powders don’t generate quite as much velocity as they do in warmer weather. Slow powders of the kind used in heavy hunting loads lose more velocity than do the fast-burning powders used in target loads. However, the difference isn’t much. According to Brister’s Shotgunning, the Art and Science, you can expect a difference of about 75 fps when you lower temperatures from 70 down to 40 below.

Some primers won’t fully ignite slower powders in cold weather as well, so finding recipes for hotter primers like Federal’s 209As, can solve cold weather problems. Often the culprits with cold weather bloopers are wads that turn brittle and don’t expand properly to give a good seal over the powder. When you don’t get a good seal, the expanding gases can blow by the wad, making it go “bloop” instead of “boom.”

The thing about gun club advice, I always remind people, is that 50 percent of it is true and valuable. The trick is knowing which 50 percent to believe. Here’s one piece of advice you can believe: when old timers tell you to keep your shells in a warm pocket, store them in a cooler with a disposable handwarmer inside, or heat them up in the clubhouse, they are steering you right.