Ask Phil: My Shotgun Is Misfiring in Cold Weather. What Maintenance Procedure Would You Suggest? 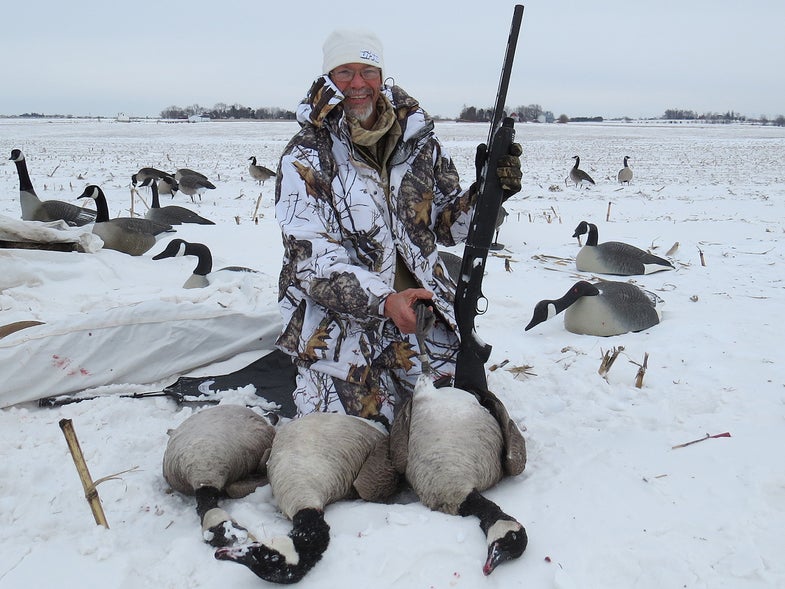 It was four degrees with 25-30 mph winds and blowing snow during this goose hunt which left the author's gun and fingers frozen. The Beretta 3901 worked long enough to collect a limit. Phil Bourjaily
SHARE

Q: This past week I was hunting pheasants, and the morning temperatures were just above zero. First day I put up a rooster and had what I thought was a misfire. Before I could apply the safety, the gun, a Winchester Model 12, discharged—fortunately into the air. That night I pulled the trigger assembly and thoroughly sprayed it with Gun Scrubber. The next day out, first bird up, I had another misfire. The primer was lightly dented. Today, I hosed the whole mechanism with Gun Scrubber and followed with just a bit of RemOil on moving parts. There didn’t seem to be excessive dirt and grit or old oil, and I didn’t find any mechanical problems, so I remain concerned. Both days I continued hunting without additional problems. I would appreciate your insights into cold weather gun maintenance. —Snowgoose

A: I’ve only had one misfire due to cold weather, and that was a day when the high was 4 degrees, and strong winds were blowing and drifting icy snow. Everything froze: the firing pin, the magazine spring, and my fingers, which suffered mild frostbite. Looking back, maybe I shouldn’t have been hunting that day. But, it was really good.

It’s possible, but unlikely, you got a batch of bad ammunition. I’ve had, and seen, only a very few dud primers over the years on hunting loads, although cheap target loads and reloads have been another story. I have never seen a hangfire, although they do happen from time to time. Incidentally, on a recent visit to the Federal plant, I saw engineers checking primers for cold-weather ignition. They have a temperature controlled test fixture that lets them ignite primers at temperatures down below zero. Most modern factory hunting loads are pretty reliable. On the other hand, it doesn’t hurt to keep your ammunition warm as possible, even if that just means carrying it in a pocket with a chemical handwarmer inside.

In cold weather, oil can thicken, and if it’s dirty, it can form a sludge that inhibits operation, including firing-pin function. Also, extreme changes in temperature can lead to condensation inside and out, which could refreeze, also gumming up your gun. When you bring a gun into a warm vehicle or house after it’s been cold, condensation forms all over it. If you don’t wipe it away, it could possibly refreeze next time you’re out, and your gun may not function properly.

That said, you seem to be following the accepted procedure: clean out all the old oil and grime with something like Gun Scrubber, then very lightly apply oil. I usually put a drop of Breakfree CLP down the firing pin hole(s). I do that with new guns, too, regardless of temperature, as I’ve had misfires with guns out of the box, which I assume is due to greases and/or oils left in the gun at the factory.

It might be time for a new firing pin spring, too. My BT 100 trap gun misfired frequently in cold weather no matter how clean I kept it until I changed out the spring.

I try to keep guns clean, dry and lightly lubed in the cold. I also know people say it’s not the gun but how the gun is cleaned, but I’ve found some of my guns tolerate cold better than others. The Remington V3 has been a champ, as has my Benelli Montefeltro, but my Beretta 3901, which is my regular duck gun, turns sluggish anytime temperatures fall into the mid-teens or below. To be honest, when it’s near zero, I often leave semiautos at home and shoot an O/U, which always works.