Last time I wrote about the psychology of missing and the need to shoot, even to miss, with joy. Today’s... 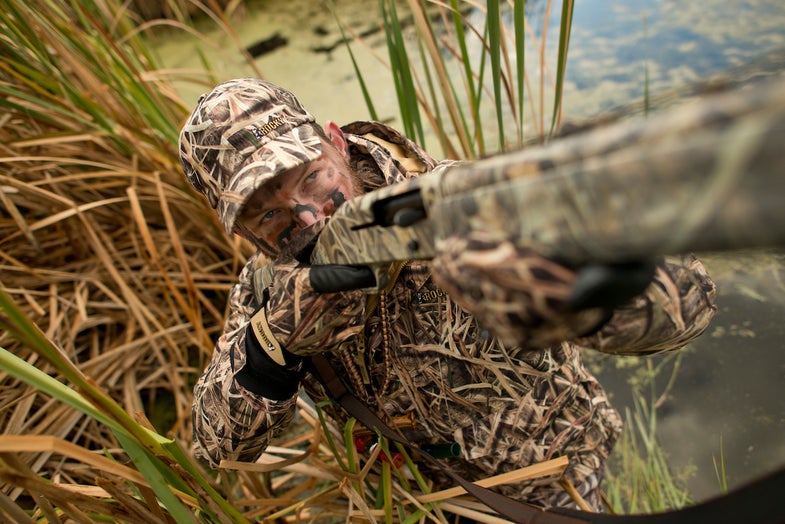 One of the keys to hitting a target is to not be afraid of missing it—whether you're on the skeet range or in the duck marsh. John Hafner
SHARE

Last time I wrote about the psychology of missing and the need to shoot, even to miss, with joy. Today’s topic is the corollary. Shoot without fear. To expand on that somewhat, here’s food for thought: the very best shooters in the world miss for the same reason we do. They miss out of fear. Granted, they miss a lot less than we do, but it’s the same story at every level. And, if you don’t want to believe me, let’s hear from an Olympian. Josh Richmond, who has represented the U.S. in double trap in the last two Olympiads, called it “going to vision” when I talked to him about hitting and missing back before the 2012 games.

“Even at my level, the main reason people miss is they get cautious and look at the barrel,” Richmond told me. And people get cautious for the same reason, whether it’s in the field or at the Olympics: fear. They are afraid to miss, and when you’re afraid, the natural instinct is to think your way through the shot to make sure. Making sure entails looking down the barrel to be certain it’s aimed at the target. Once you start looking down the barrel, it slows down or stops completely, and you miss.

Trying to think the gun to the target never works. “When I close the gun, I shut off the switch and clear my mind,” said Richmond. “There are no thoughts. I’m a rattlesnake coiled to strike at anything orange.”

Richmond admitted he’s lucky if he can summon that snake mindset at will. “Honestly, if I can do that half the time I’m having a good day,” he said. “The rest of the time it’s a fight.” The enemy is his own mind, and his own anxiety about wanting to hit the bird.

One of the weapons Richmond deploys in the fight against his own mind is the phrase he repeats before every shot: “see the bird, shoot the bird.”

And it works because that’s all there is to hitting a target. Shotgun shooting is very easy, really, if we let it be easy. It only becomes difficult when we make it hard for ourselves, which we can’t help doing. The key is to shoot without fear of missing, which relates back to shooting with joy. I apologize if all of this is heading dangerously close to “dance like nobody’s watching” territory but that’s the truth and I am bound to tell it, no matter where it may lead.