Should Bird Hunters Use Non-Toxic Shot for Grouse and Woodcock? 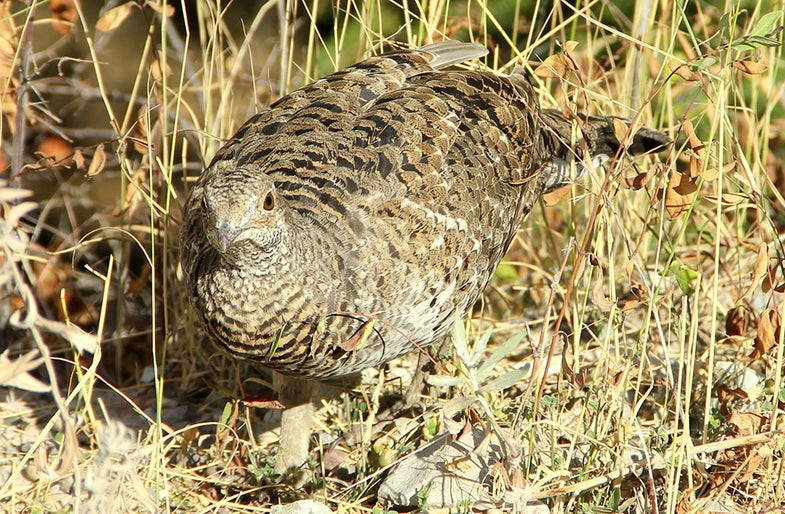 Grouse are not exactly tough birds, so you shouldn't be afraid to use No. 6 steel shot early in the season. Wikimedia Commons
SHARE

This reader questions comes from Jacob. He writes:

I’ve decided to go non-toxic ammo for all of my hunting for a number of reasons. Finding substitutes for my turkey and deer hunting (both rifle and muzzleloading) has been easy. I spend a lot of time grouse and woodcock hunting, however, and most of the steel or bismuth load recommendations I see concern bigger and tougher pheasant.

I’m usually go a little over-gunned because I tend to get a fair amount of longer (30-plus yards) flushes from birds on logging trails. I shoot 12 gauge, 1 1/4 oz. 7.5s during the early woodcock season, switching to No. 6 shot for late season depending on the cover.

What would you recommend for bismuth and steel loads? Kent Bismuth No. 5 seems like a decent approximation of my lead No. 6, but seems a bit much in terms of diameter for the little woodcocks.

I also do quite a bit of hunting with non-toxic shot for a number of reasons—one of which is so I can answer questions like this one. I do believe there is not a lot of harm to shooting lead in the uplands. I say this not as a scientist, but as someone who has a hard time imagining that scattering lead pellets widely across the uplands (as opposed to concentrating them in a marsh or even a dove field where you may shoot a lot in the same spot year after year) does much harm.*

There is also the concern of cripples carrying lead shot escaping, only to be eaten by predators, who would then wind up with lead in their systems. Over their lifetime, they could theoretically accumulate dangerous levels of lead. It happens with eagles feeding on gut piles, so it could happen with smaller predators feeding on lost gamebirds.

Anyway, that aside, you’ve made the green decision to shoot non-toxic shot. Good for you for caring. Here’s what I think about shot sizes for grouse and woodcock.

Neither grouse nor woodcock are particularly tough birds, and I wouldn’t be afraid to shoot steel 6s at them early in the season, especially the woodcock, which you could probably take with steel 7s, too. I have shot a bunch of doves with steel 7s and don’t believe any problems I have killing them are shotshell-related.

As for shooting little birds with large diameter shot, I don’t have a problem with it. My feeling is, it’s not the size of the hole you put in the bird, which, after all, is only a thousandth or two bigger as you go up in shot size; it’s the number of holes, and that’s even worse with little shot when the pellets stay in the bird where you can bite them later. Big shot tends to plow right through the meat and either pass through or lodge in bones and body cavities where they aren’t a danger to your teeth. I routinely shoot greenwing teal—the smallest duck—with the same 2s I use on mallards. A few big holes are easier to eat around than lots of smaller ones.

Bismuth No. 5 shot should be fine for any situation in which you’d normally shoot lead 6s so long as there are enough pellets to give you adequate density. Me, I’d shoot steel 6s. Later in the year, once the woodcock have gone on south, I’d shoot bismuth 5s and 6s at the grouse if I thought I needed more oomph.

*On the other hand, to those who say, “Lead naturally occurs in the ground, so what’s the problem?” I’d say, “So does mercury, want to shoot that?”