Should You Give Away Your Gear? 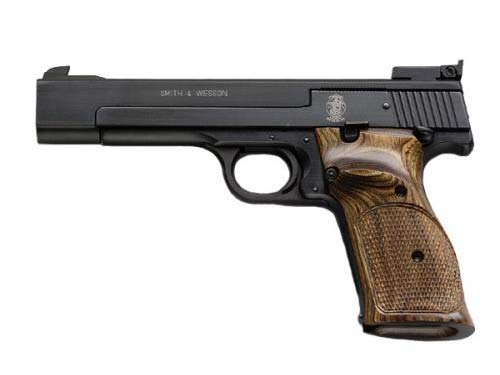 Tonight I’m going to a meeting of the Rifle Committee and giving away seventy .270 handloads that I made for a friend back in the early 1990s. He returned them to me recently, having never shot them, and sold the rifle for which I’d worked them up.

In a few weeks, my friend will deliver unto me another batch of stuff, including some extra-long snake chaps that were to be used in Texas where some of the serpents are long enough to bite you on the nose, never mind the ankle. I will give them away, too.

My friend is in his 80s, and his eyes are giving him hell, and there is going to be no more hunting. So now what he has to do is harden his heart and see that what served him so well for so long goes on to do the same for someone else.

Last year, I sent my collection of Gun Digests down to Richard Mann in West Virginia. They date from the very first, back in 1947 or so, all the way up through the 1990s, and many were signed by the Editors, John Amber, or Ken Warner. As a kid, they were sacred to me, and I memorized a lot of the articles. Parting with them was no more difficult than putting down a good dog.

On the other hand, you don’t know what your circumstances will be when you’re called to the Great Firing Line in the Sky, and I was damned if all those volumes with all that wonderful stuff in them were going to end up on the curb and go thence to the recycling plant. Better to find a proper home for your treasures while you are still among the living than keep it to the end and risk them being trashed.

Some things I’m going to keep. I have a Smith & Wesson Model 41 that will stay to the end because it was sold to me by a friend who died in his early 60s, long before he should have. Ditto a saddle scabbard made by a rancher named Bill Hape in Wyarno, Wyoming, that has ridden beneath my left leg for untold miles. It’s battered, and has 41 years on it, but it’s still good, and I can’t let it go.

I have a kukri that was given to me by Wayne “Hardbark” McLoughlin the last time I saw him alive. It belonged to a Ghurka officer in Burma during World War II, and came to Wayne via an OSS agent who said it “had been carried in action,” which means it probably hacked off more than a few heads. When I got it, the kukri was a wreck, and I had it restored to pristine condition. I assume the Gurkha officer would have wanted it that way. I will have to find a museum that will take it.

Along with the kukri, I got what the OSS agent assumed was a safe-surrender pass, written in what he said was Japanese. We dropped these things over Japanese positions, and they guaranteed safe conduct for soldiers of Dai Nippon who wanted to surrender. But I got it translated, and it turned out to be a troopship ticket for a soldier who had been shipped from Japan to Burma. It’s highly unlikely he got a ticket home.

And so it goes. I can no longer kid myself that I will have a decade to find a home for everything. I’ve been doing it for some time, and will keep going until I’m done. You will have to do the same. I hope you have a while yet.

*And a note on summer heat: We are now experiencing triple-digit temperatures, thanks to climate change which is a myth cooked up by Al Gore and a cabal of leftist granola chompers. Feel free to ignore the record heat, and floods, and tornadoes, and hurricanes, and nonstop fires. They are fake news.

Nonetheless, if you find that you have pale, clammy skin, have stopped sweating, and are light-headed, it means that you’re going to die in a few minutes. Find a place out of the sun before you collapse so you don’t turn purple and black before they find you.