Even if you’ve struggled to learn how to tie knots in the past, these simple patterns are easy to master 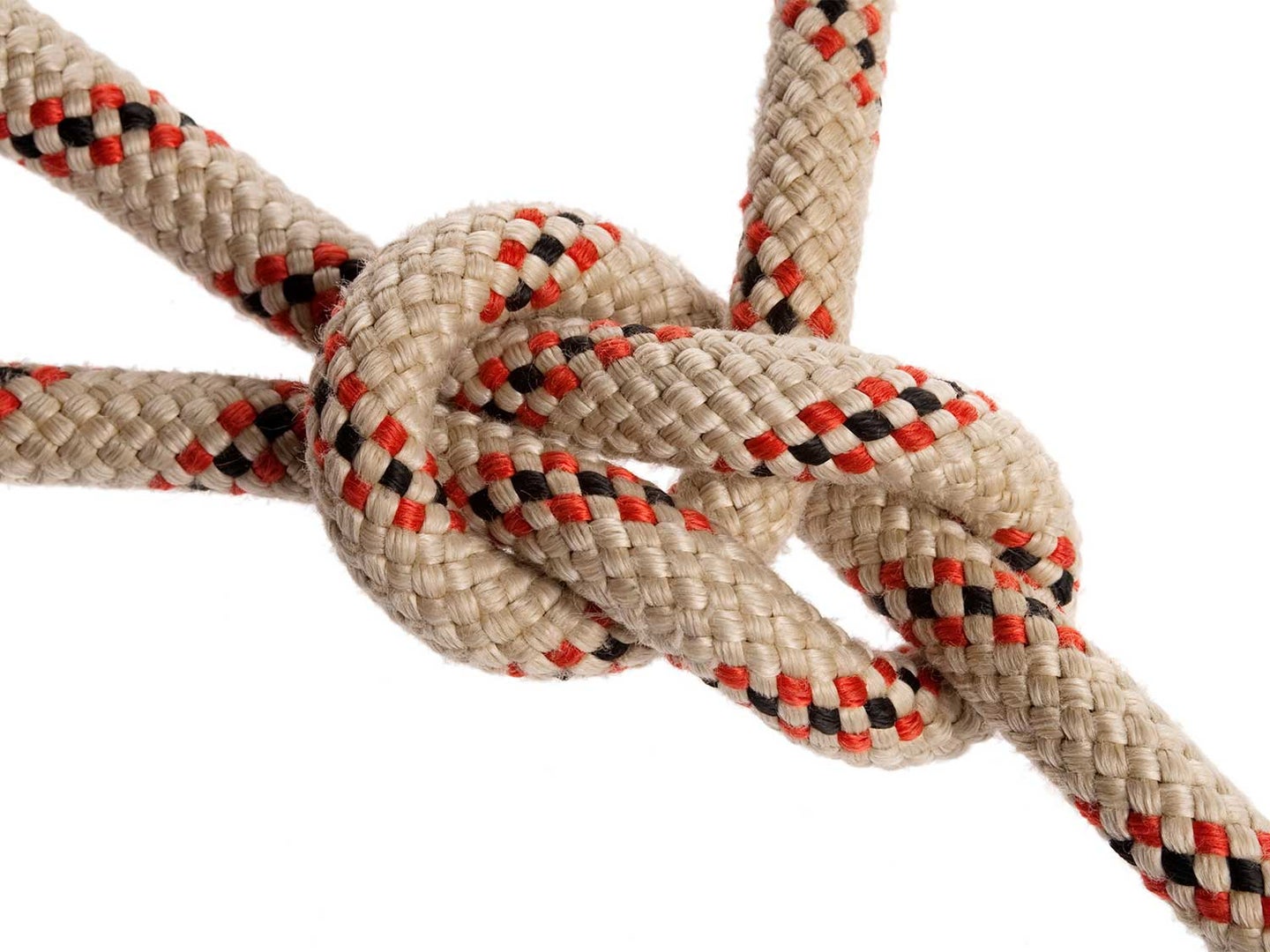 “If you don’t know how to tie knots, then tie a lot.” You have most likely heard that before, or may have even said it yourself. We are here to fix that. Rather than just 10 knots, we assembled five knots and five hitches that are all easy to learn and tie. But before diving into them, it’s important to understand a few knot-tying terms so you can get the most from our suggestions.

Here are 10 useful outdoor knots and hitches that almost anyone could tie blindfolded. Please also note that these knots and hitches are not intended for use in climbing or rappelling unless specifically mentioned to do so.

5 Basic Knots to Use in the Outdoors

The bowline is often referred to as the “king of knots” and for a good reason. It is an incredibly useful knot that has been around for a very long time. (One was found on the rigging of an excavated Pharaoh’s ship dating to 2500 BCE.) It is also one of the coolest mnemonics ever put together to help everyone learn how to tie it.

How to tie a bowline knot:

You can tighten up the bowline knot by grasping the working end and the side of the loop and remove any slack.

The greatest thing about this knot is you can put it under lots of pressure and it will still untie rather easily. As mentioned, the bowline is an excellent choice for sailors to tie down a boat, including your favorite canoe or kayak. You can also use it to hang your hammock for quick and easy setup, and takedown. It gets a lot of use as a rescue knot to tie around a person very securely without squeezing and hurting them. In short, anytime you need a secure loop in a rope, that is easy to untie after use, the bowline is the one to know.

The heaving line knot is simple and is put together to add bulk and weight to the end of a rope so it can be thrown more easily. It’s great for throwing cordage up to a person in a deer stand, throwing rope from your boat to a dock, or throwing a rope over a branch to hang a bear bag in a tree.

How to tie a heaving line knot:

How to tie a Prusik knot:

How to tie a Fisherman’s Knot:

As a safety measure, you can tie off the “tail” left behind along the rope as well. The best thing about this knot is that even after it is put under lots of pressure, it unties rather easily. It’s a great basic knot to use any time you need to join ropes.

5. The Square Knot (Also Known as The Reef Knot)

This is arguably the best-known knot but not the safest by a long shot. This knot is used to tie two ends or two different pieces of cordage together. It will get the job done but be forewarned that it should not be used when a lot of pressure is expected (because it is nearly impossible to untie) or when its use is critical (because it is also known to fail). It is a very quick and dirty knot that gets the job done. This is usually the first knot we all learn because it is the underlying knot when we tie our shoes. We just add some bights to make it easy to untie. This knot is also commonly used to tie a bandana around your neck so that it hangs symmetrically. There are many variations to this simple knot but here is one set of steps for tying two ropes together.

How to tie a square knot:

5 Basic Hitches to Use in the Outdoors

The funny thing about a trucker’s hitch is that is also called a paddler’s hitch, power cinch knot, and even a farmer’s hitch. It seems everyone wants to claim it, and for a good reason. This hitch is a great set up to help pull a rope tight and keep it under pressure, then untie it easily for another day. As you can expect this hitch is used to secure loads down to anything. You can secure a deer to an ATV, a canoe to a truck, create a ridgeline for shelter, and so much more.

How to tie a trucker’s hitch:

Read Next: How to Tie The Strongest Fishing Knots

Tying two half hitch knots (never just one) is a great way to secure a rope to a post, tree, ATV, truck, tractor, or basically anything. It is often used to tie off a canoe to a bank, hang deer for processing, secure tarps to stakes, or to secure more gear to your pack. It works well, especially in concert with other hitches or connection points in which you can pull it tightly to hold a load.

How to tie two half hitches:

The clove hitch knot is tied two different ways depending upon how it is being used. Method number one involves tying it to a post or tree that you cannot reach the top of.

How to tie a clove hitch (method one):

Another use for this hitch is when you can reach over the top of a post. You can also use this to secure a small object that acts as a holding piece when using it to secure part of a tarp. If a loop or grommet on a tarp is torn out, you can use this to secure cordage to it instead.

How to tie a clove hitch (method two):

Now slip both of the loops over an attachment point. It could be a fence post, cut off tree, or around an acorn wrapped in a tarp.

Keep in mind that this hitch is effective when the load is pulled at a right angle to the attachment point. Anything else, and it starts to loosen.

Read Next: How to Be a Knot Geek

When you want a hitch that is simple, look no further than a pile hitch. Sometimes referred to as post, or stake hitch. It works great when you are attaching to anything that is upright that you can reach over the top of.

How to tie a pile hitch:

You can alternatively use this hitch to secure cordage to a handle and turn the handle to pull slack and tighten the standing part to anything needed. You will want to secure the handle once you finish tightening, so it does not loosen.

The killick hitch is also known as a timber hitch. Historically it was used to haul or pick up logs and trees. It can also be used as a self-tightening lock on piles of sticks, pipes, or other lengthy objects. This hitch can also be used as a quick-release method of attaching to a tree or post.

How to tie a killick hitch:

That about sums it up for some really simple, easy-to-tie knots and hitches. We have offered some uses here, but those uses are only limited only by your creativity. Use them in any way that you see fit, and please get some practice before you need them in the field.