Petzal picks his favorite folders in every price range—except cheap 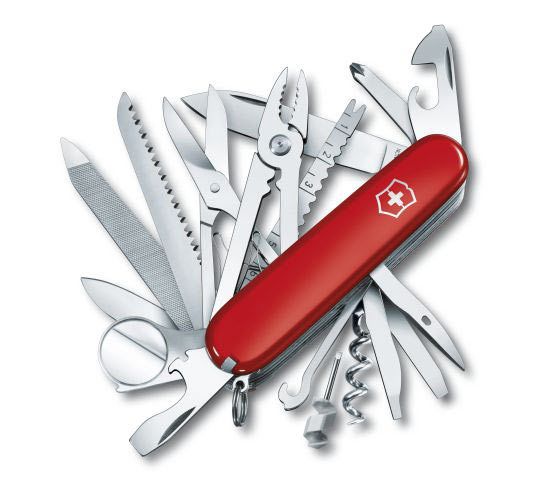 Phil Bourjaily kindly sent me an e-mail from a blogger who demanded a post on the best folding knives, and said that the best cheap folding knife is a Chinese-made copy of Marble’s “G.I. Utility 3.625 Knife, Model MR 278,” which you can get from Smoky Mountain Cutlery for $6.99. You can get it significantly sharp, says our blogger, and who am I to say no? And in any event, how wrong can you go for $7?

As to my favorites, there are no cheap ones on the list. I don’t do cheap.

Issued from that year until 2008 to the Swiss Army, this is the same four-blade pattern followed by the Marble’s knife and Boy Scout folding knives: a screwdriver/cap lifter, spear-point blade, punch, and can opener plus metal handle scales. Victorinox makes 34,000 Swiss Army Knives every working day. I’ve never seen a blemish or a defect or a fault in anything they’ve turned out. Right now I probably own a dozen in different configurations. It is now sold as the Pioneer Alox.

This is the Big Sockdolaper with 33 functions. As Victorinox says, “Wherever you are and whatever happens, if it can be fixed, it can be fixed with the Swiss Champ.” Say Amen.

And a footnote: In 1991 I had the Three Forks Saddlery, in Three Forks, Montana, make one of their rat-tail sheaths for my Swiss Champ. If by some wild chance they should read this, I’d like them to know that their sheath is still in fine health, still works perfectly, and will undoubtedly survive me by decades. Thank you.

Leatherman made the original multi-tool and, with 17 functions, this is one of the more elaborate models. It’s not only a triumph of human ingenuity, but an instrument of impeccable quality. I have one I wear on my belt and one that never leaves my range bag.

A large, strong, light, handsome lockback folder that you can get scary sharp. It requires a belt sheath, which you can buy from L.L. Bean. The blade is three-layer steel—high-carbon sandwiched by stainless—and the handle scales are birch, which can range from plain to very pretty. Put a dab of grease on the blade bearing and you will make the Bleja happy. This knife is not inexpensive.

The best folding hunting knife I know of, period. I’ve taken one to Africa six times, and I will agree with any outrageous flattery that anyone heaps on it. The Summit is large, very light, and ultra-high-tech. The blade is Friction-Forged D2 steel and the handle is a combination of magnesium and Texalium (look it up). There are other knives you can get as sharp, although not many, but none that will keep an edge as long. It is quite costly.

The 0300 is discontinued, but you can very likely find one by searching the Net (for example here) and usually at a price that is greatly reduced from the original $340. This is a great, big, ultra-strong assisted-opening frame-lock folder that I found highly useful after I had a belt sheath made for it. Despite its godless size, it’s not heavy, due to the extensive use of titanium in the frame. You’ll find that, because of the compound curves in the blade, it sharpens best on a Crock Stick. You want a folder that defines “overbuilt”? Here it is.

On a sad note: Pat McManus, who wrote for Field & Stream and Outdoor Life for many years, departed this life on April 11 at age 84. He was a funny guy in a world that desperately needs every bit of intentional humor it can get. Anyone who could come up with names like Rancid Crabtree, or Retch Sweeney and his dog Strange, surely has a place waiting for them in heaven.