I’m going hunting in rattlesnake country, and I’m not taking any chances 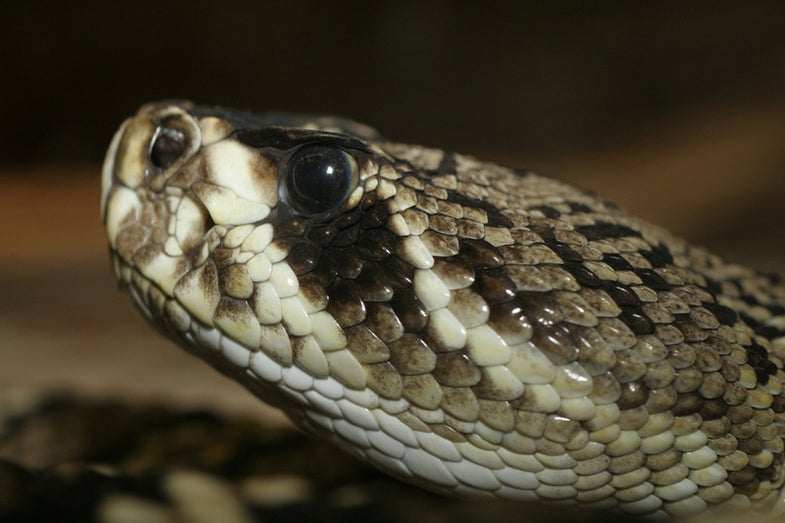 I’m headed off to go hog hunting next week in south Florida—land of the Eastern diamondback, pygmy rattler, water moccasin, and coral snake—with a guy named Tom Walker. He wasn’t born in the South, but he has taken to it. I saw a video clip of him tearing into the swamp dressed in shorts and what looked to be water sandals. In short, he’s not afraid of venomous snakes . I’ve known a fair number of Southern boys like him, guys who view dangerous snakes the way I do rush-hour traffic, something you have to pay attention to but aren’t overly concerned about. They’ll plant their butts against a tree in the dark during turkey season with no trepidation. Most have had plenty of encounters but have never been bit.

I suppose this comes from growing up around snakes. I didn’t. I rarely saw them, more rarely played with them, never knowingly established a close personal bond with any reptile other than David E. Petzal. In other words, I’m scared of them. Not all snakes, mind you. Just the ones that are or might be venomous. I know, for example, that brown water snakes and cottonmouths superficially resemble each other but can be distinguished by a number of characteristics. Relatively speaking, cottonmouths have chunkier bodies, thinner necks, and more triangular heads. Oh, and the eye pupil of a cottonmouth is vertical, while the brown’s is circular. Thing is, you have to have seen enough of these snakes to have a mental database against which to compare particular snakes. I haven’t seen enough of them. And I’m damn sure not getting close enough to one to examine its pupils.

Example. A friend and I were once about to launch a canoe on a tributary of the Potomac about 30 miles south of D.C. when he went over by some tall grass to pee. Next thing I knew, he had levitated and was somehow running through the air. “Moccasin over the there,” he observed as he zipped up. I told him we were way too far north for it to be a moccasin. It was doubtless a brown water snake. “Yeah?” he said. “You go over there.” I thought it over. I stayed put.

A venomous snake can ruin your day. Take the Eastern diamondback, our largest venomous serpent and one that was instrumental in drafting stand-your-ground laws. Symptoms induced by its venom include pain, severe swelling, bruising, blistering, headache, nausea, vomiting, abdominal pain, diarrhea, dizziness, collapse or convulsions, paraesthesia, metallic taste in mouth, fasciculations, and/or death. I don’t know what some of those terms mean, but they don’t sound good. (For a look at the aftermath of a Northern Pacific rattlesnake bite, look check out this website.)

This is a roundabout way of saying I’ve just purchased a pair of 17-inch snake boots. Should the laces require adjustment at any time in the field, I’ll be looking around closely before I bend down to adjust them.

So, yes, when it comes to snakes, I’m a fraidy cat. I’m also curious. Am I the only one? How many of you guys worry about snakes?