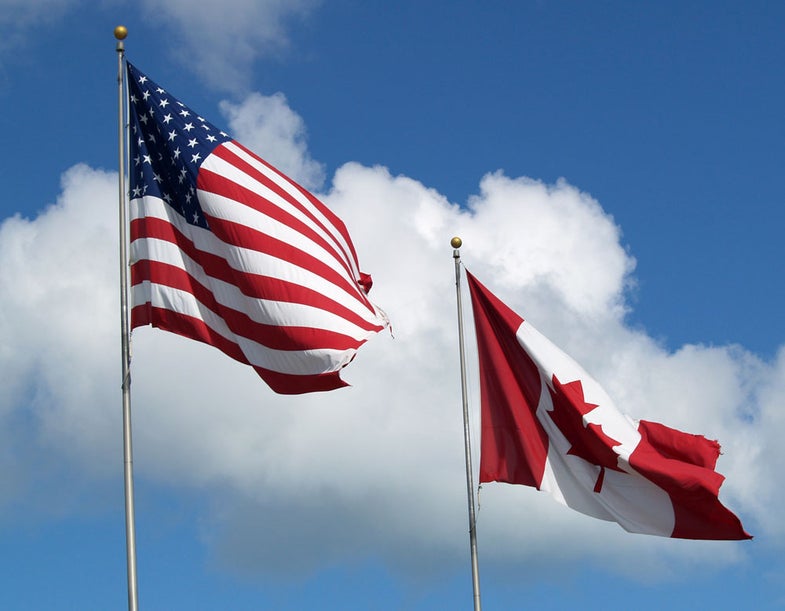 The Canadian military set a new world record during a mission in Iraq. By Jim via Flickr
SHARE

Last month, a Canadian special forces sniper in Iraq broke the world’s record for the longest confirmed kill by more than a kilometer, according to The Globe and Mail, a Canadian newspaper. Shooting from a high rise and using a McMillan TAC-50, the sniper hit his target at a distance of 3,540 meters. That’s 11,614 feet, or 2.2 miles. That’s a damn long poke. The .50 BMG bullet took a little under 10 seconds to reach its target, an Islamic State insurgent. The fellow—and the bad guys around him—had no idea where the shot came from. It disrupted their operation. There is apparently independent verification of the kill. No one is disputing it.

Let’s put this in perspective. The previous record was a 2,475-meter shot by a British sniper. The two records before that—also held by Canadians—were 2,430 meters and 2,310 meters, respectively. The longest U.S. shot was just under those, at 2,300 meters. So our best effort—one made 13 years ago—puts us in fifth place.

I have two questions. Why is this country eating our lunch in the sniping department? And when did it become acceptable for America to come in fifth in anything involving rifles? As the Globe article so eloquently understates, “Canada has a reputation among Western military forces for the quality of its snipers, despite the small size of the Canadian Armed Forces compared to the United States and Britain.”

Jeez, you think? Do you know how many legal hunting rifles there are in Britain? About 11. We have about 5 times the population of Britain, close to 9 times the population of Canada. The last time I took a rifle into that country, the customs inspector looked at my Model 70 for a few minutes as if he’d never seen a bolt-action rifle before. At which point he asked me, “This thing isn’t loaded, right?”

We need a congressional investigation into this. In the meantime, we should be sending our best marksmen north to train. What would Gen. George S. Patton say about this? For that matter, what would George C. Scott? The Canadian military obviously know something we don’t. And we should find out what it is fast.