If you make custom knives, own a custom knife, or wish to own one, you are in Russell’s debt 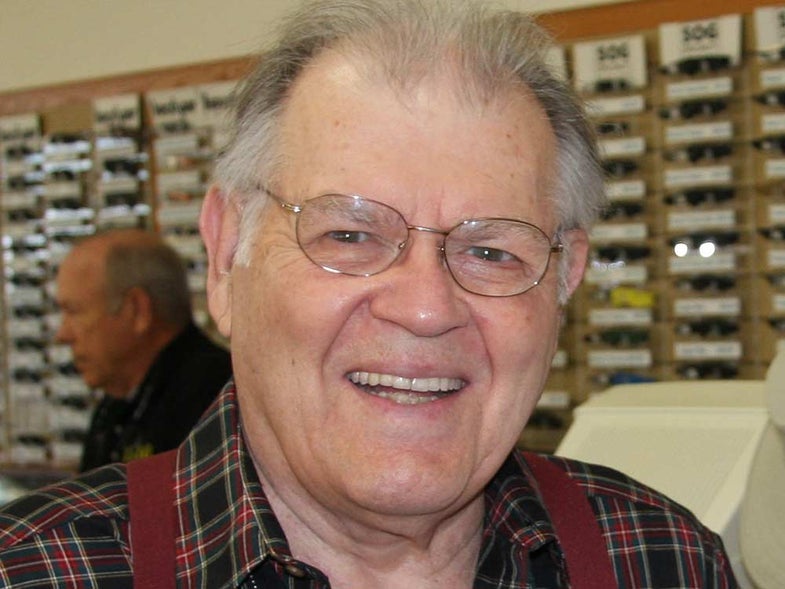 On October 12, we lost a truly original human being who went by the name of A.G. Russell. A.G., along with former Editor of The Gun Digest Ken Warner, was responsible for the great custom knife renaissance that began in the 1960s and continues to this day. Back then, if you did a custom-knifemaker survey, you might come up with a dozen names. Today, Arizona Custom Knives alone lists 4,000 of them on its roster of smiths.

A.G. was taught to make knives at age 9, by his grandfather, and continued into his 20s, but his real gift lay not in what he could forge himself, but in recognizing first-rate work, and seeing that the men and women responsible were recognized. In the mid-60s, when all this got going, there were some able craftsmen around, but not many, and most labored in obscurity.

But then new names began to appear. They were gifted and creative, and they never stopped experimenting. It was a close fraternity, and if someone learned something, he would happily pass it on to the rest. A.G. took note of this, and if you went to a knife show and wrote about what you saw, he would ambush you at the door and make sure you knew what to look at.

Along with his wife Goldie, he established A.G. Russell Knives. A.G. was a shrewd businessman. He looked out on the world through Coke-bottle glasses with a gaze that was sometimes baleful. He was opinionated to the nth degree, and cherished grudges, and would tell you what he thought whether you liked it or not.

The world is a much duller place without A.G., and now, and in the future, every smith who steps up to the grinder with a piece of steel in his hand is in his debt.