South Rut Report: Get Ready for the ‘Fawn Rut’ 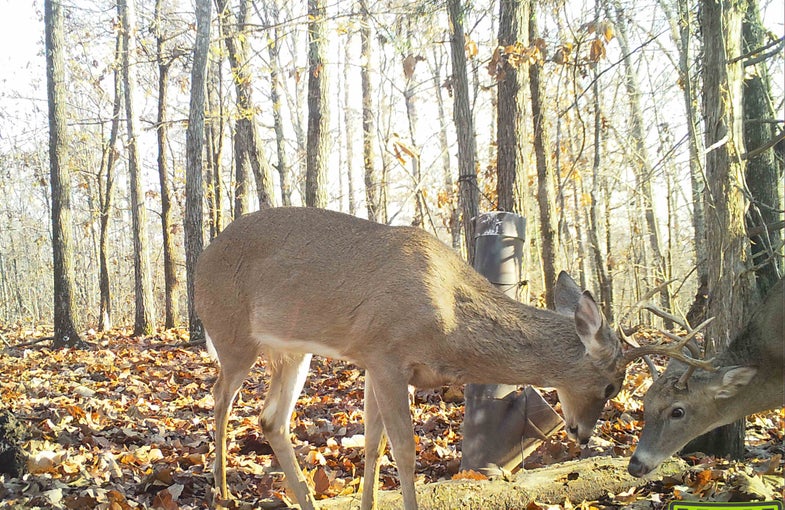 The Kentucky rifle season wrapped up just after Thanksgiving, but Snipe Creek Outfitters owner Carl Doron isn’t putting his feet up and reflecting on memories just yet. Saturday was the Bluegrass State’s late muzzleloader opener, and Doron says those hunters often enjoy some of the best hunting of the season. “Most years December 9 to 14 is what I call ‘the fawn rut,’ and it can be an excellent time to shoot a mature buck with a muzzleloader,” he says.

Doron says most mature does in the area are bred in November. “But there’s a definite flush of fawns that enter their first estrous period in December, and because they behave so differently than mature does, the bucks that follow them can be very vulnerable,” he says. “Fawns tend to run right into food sources, and the bucks have no choice but to follow. Some years, my hunters have killed three or four mature bucks in consecutive days, just by focusing on food sources in areas where we know there’s a fawn coming into heat.”

Doron says cooling temps should make for good deer activity at the beginning of the muzzleloader opener. “I actually think the middle of the week will be better than the weekend, simply because we’re forecast to have sunny skies and high pressure. We’ve always had excellent luck tagging mature bucks under sunny skies. If I could only hunt three or four days of the blackpowder season this year, I’d pick the mid-week after the opener.”

Kentucky’s acorn crop has been one of the best ever, and it’s affected hunting success for bow and rifle hunters. Doron says that means there are some great bucks left for muzzleloader hunters. “While there are still plenty of acorns out there, we’ll be focusing heavily on food plots close to security cover, and I’m hearing the first reports of deer really hitting corn piles this year. With virtually all the foliage gone, and after weeks of hunting pressure, mature bucks are going to be back in staging and loafing areas that we haven’t penetrated yet. It’s time to go back in after them.”