Southern Forecast for Nov. 18, One of the Best Days of the Rut

Each year, Bestul works through his magic formula to predict the year’s best days of the rut. Fawn conception dates,... 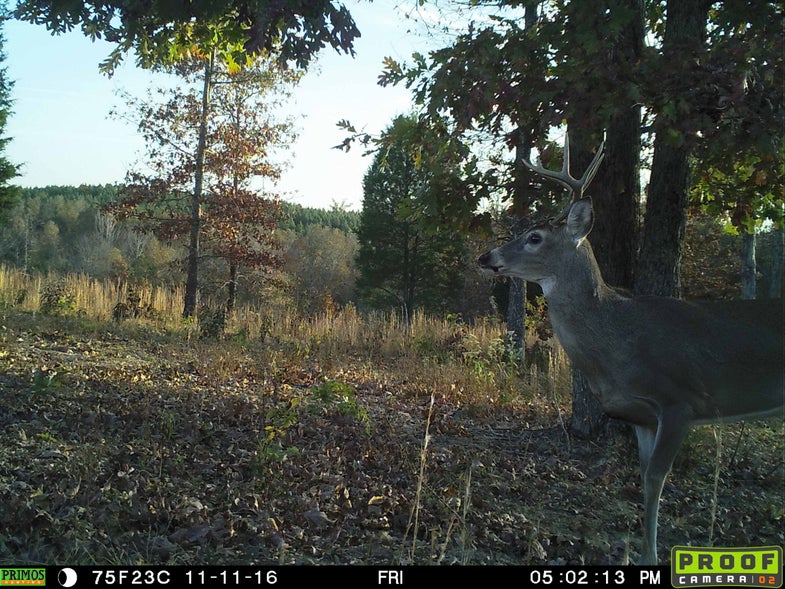 Though the rut is on, warm weather and acorns (you can actually see them on the ground in this photo) are still playing a huge role in buck movement down South.. Will Brantley
SHARE

Each year, Bestul works through his magic formula to predict the year’s best days of the rut. Fawn conception dates, moon phases and positioning, firearms seasons, and a variety of other factors go into Bestul’s picks. Is a big part of that feature just for fun? Of course it is. But every year, all across the country, readers do kill stud bucks on our chosen best days.

Today, Nov. 18., is the No. 5 best day of 2016. What’s it look like for hunters in the South? For much of the region, it’s going to be warm and windy. In western Kentucky, we’re supposed to hit 75 with a 19mph SSW wind. Man. Get me 25 feet up a tree so I can enjoy some of that. As storybook deer-hunting weather goes, today is going to suck. But take heart. Today will also set into motion a number of things that could mean some of the South’s best hunting of the year.

For one, that warm, windy weather today is simply the leading edge of the season’s biggest cold front yet. Come Saturday, those winds will be shifting to NW, and while it’ll still be windier than I’d like, the temperature is set to plunge. The high both Saturday and Sunday is forecasted at 52 degrees, with lows dipping below freezing. That’s a front that will put animals on their feet to feed—especially on Sunday, after the wind settles down.

Second, the huge “Supermoon” we’ve all been staring at in the dark will be waning. A number of hunters in this region have complained of a slower-than-normal start to the rut this season, despite tolerable weather. Does that moon have something to do with it? I think so (in addition to the bumper acorn crop, which is still playing a big role in things). Bestul mentioned in his best day prediction that the moon phase should dictate good morning movement. I know that yesterday, while in a stand in Tennessee, I didn’t see a deer until 8 a.m.—and then the woods blew up with little bucks chasing does all around my tree. Mornings are good right now.

Third, we’re in various phases of the rut in this region. In most of it, including Kentucky where I am, we’re in the peak breeding phase, if not a bit past it. Around here, bucks should soon begin cruising again for the last remaining receptive does—and as Bestul points out, cruising bucks at this phase of the game tend to be grown ups. Farther south, on the Tennessee / Mississippi line and into areas of Alabama, we’re still a few weeks away from peak breeding, but we are entering the very best phases of the pre-rut. A cold front is the magic ingredient for kick-starting that activity.

Lastly, firearms seasons are open or set to open throughout the region. That pressure can make it tough—but it can also bump does around, which are very likely to be dragging bucks along with them.

If you’ve already planned to hunt today—well, get out there. If you’re in a tree in a good spot this time of year, anything can happen, regardless of the weather. But the best thing about being a deer hunter today may be the anticipation for the weekend ahead.