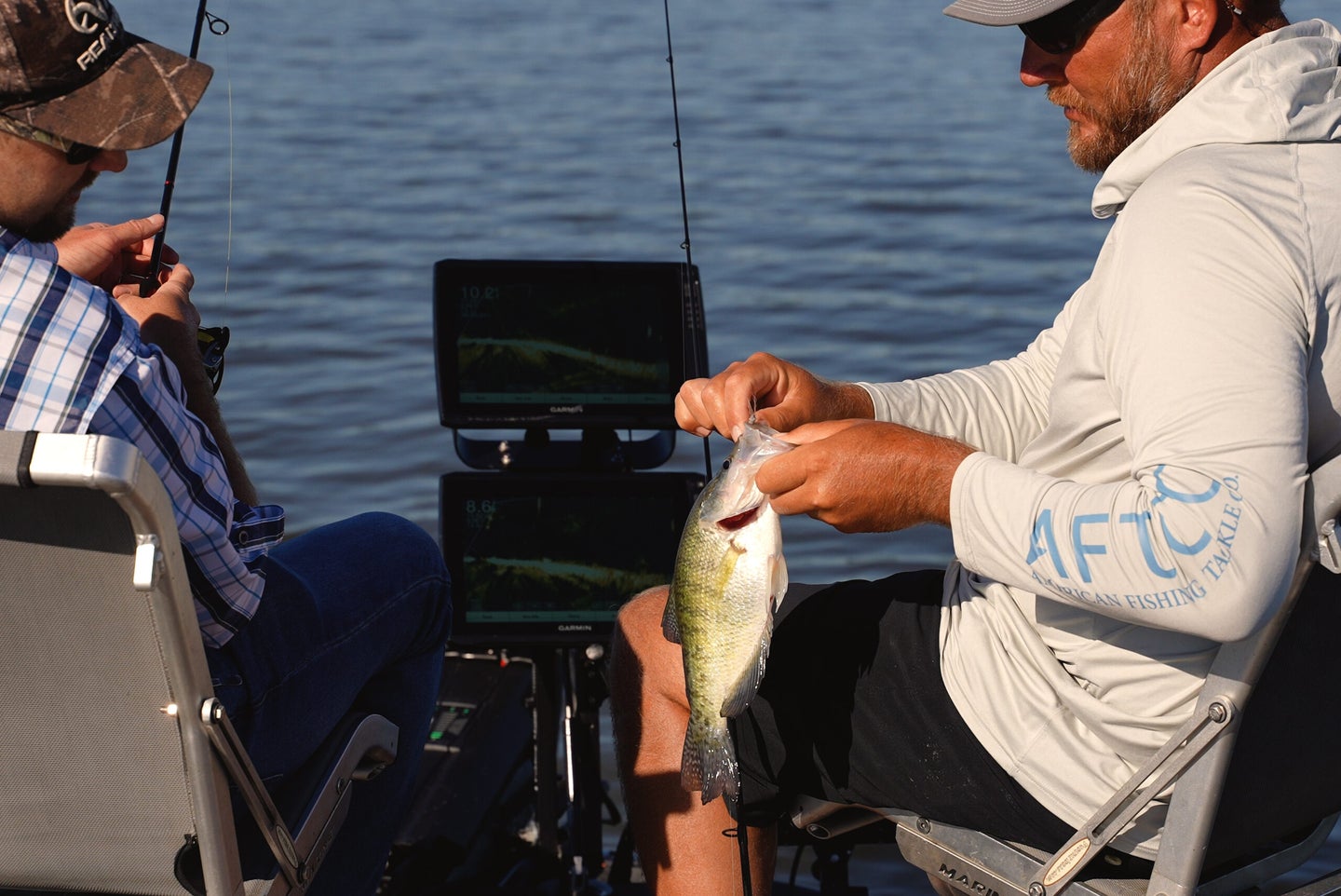 Local pro angler Tony Sheppard makes a full-time living fishing crappie tournaments and designing crappie tackle for Jenko Fishing. He’s lived in the lakes area his entire life, and has seen the fishery ebb and flow — especially in the past decade with the proliferation of invasive carp. But lately, there’ve been signs of improvement. Sheppard specializes in using real-time sonar like the Garmin LiveScope, and with that system, he can see both crappies hanging out in brush piles and roaming schools of carp. When Sheppard sees an especially big carp school, he shares a GPS waypoint with a commercial fishing buddy of his, who will then follow up with nets to catch the school. It’s a win-win for recreational and commercial anglers alike.