Here's how I killed my biggest whitetail buck. And here's why it's not big enough. 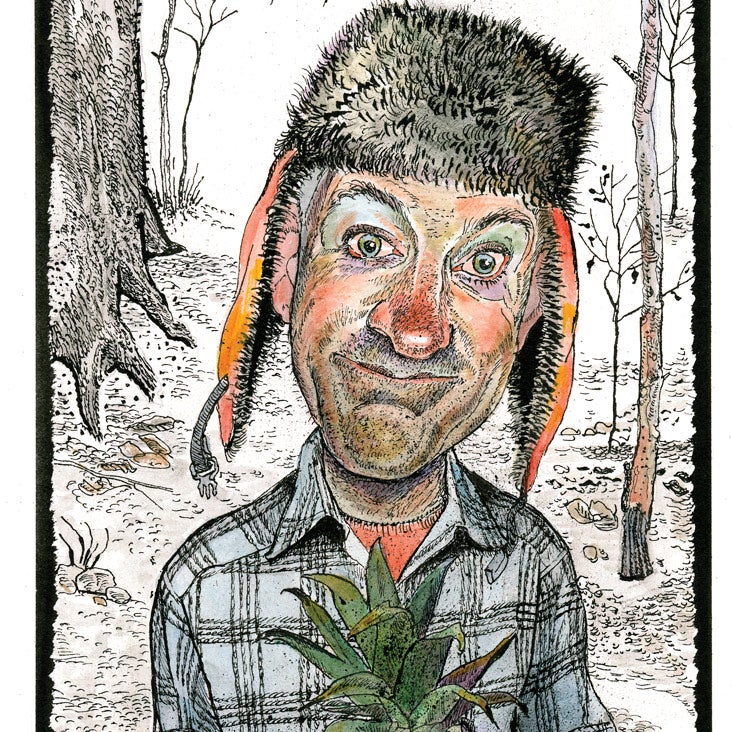 They say there’s a fine line between stubbornness and stupidity, but I’ve never seen it. I’ve already whiffed twice on big Kansas bucks. So when Steve Stucky, son of my old friend Richard, invites me to Pretty Prairie for early muzzleloader, I jump on it. Now, talking with him outside his farmhouse, he wants to show me the rack of the buck his oldest son, Carter, 9, took last year. The boy scampers off and returns wobbling under the weight of what looks like two bonsai sycamore trees, riots of tines elbowing each other in the surge skyward. The rack looks like frozen violence, at once huge and compressed, as if it were meant for two bucks but somebody screwed up the paperwork. I fall in love on the spot.

Great competitors throughout history—from Lao Tzu to Kevin VanDam—all claim that their real competition is with themselves. This is a noble thought. Me, I want to run with the 9-year-olds. Actually, Steve points out, Carter was 8 at the time.

My mind drifts back to my earlier trips here. Ten years ago, bowhunting with Richard, I’d been in a strip of cover for two hours before realizing that the biggest buck of my life had been bedded 25 yards away the whole time. Given the brush between us, it might as well have been 25 miles. Having the buck of a lifetime so close and so unreachable delaminated my mind. After an hour, I’d convinced myself of two delusions. One was that if I rose to my feet incredibly slowly, he wouldn’t notice. The other was that the 2-foot change in angle would magically open a shooting lane. That buck covered the half mile to the treeline like Secretariat. Richard saw from the truck. “A honker all right, Bill,” he said. “And carrying the mail.”

Two years ago, with a party of bowhunters, near the end of a five-day hunt, I saw a brute at 125 yards trotting across a wheatfield. Like he’d memorized the hunting regs and knew the dates for firearms vs. bows and the safest travel routes for each. When I grunted, he paused. When I grunted again, he resumed trotting, just quicker. I sometimes marvel that any of us kills a whitetail with a pointed stick.

Now, after two full days of hunting, I have yet to see a deer—buck or doe. I did surprise what had to be a monster at 20 yards while stalking to my stand in the first morning’s darkness. He crashed into the woods like panic itself. Sticks snapped like pistol shots, brush cracked, leafy branches fumped as they bent and sprang back. Then he must have reached soft ground. And yesterday morning, three hours in, I heard hooves casually moving my way. Trembling, rifle at the ready, I watched a cream-colored cow meander into view.

Steve tells me to stay positive, that there are beasts here. “You’re never more than a half mile from a 160 in Reno County,” he says. I believe him. The mounts in his house are all once-in-a-lifetime deer for 99 percent of us. I’ve got a superior gun, a .50-caliber CVA Accura with a 3–10×40 Konus scope. I’m just not sure that either of us is meant for half-mile shots.

The last morning, I sit a field edge with a jungle of woods behind me and the all-too-familiar flower of doom blooming in my stomach. I keep trying to push Carter’s buck from my mind. Knock it off, I tell myself. Fair has no part in this. Go down swinging. Stay true to the hunt. I wedge a stick between two limbs for a rest to cover the woods behind me. About 9:30, I hear a distant crunch. It’s so carelessly loud that it has to be armadillos or something else heedless of its own noise. The crunch approaches. Thirty yards into the jungle on my left, a disturbance. It’s too big to be anything but deer, maybe more than one. In a small opening, I register the rack of a small 6-pointer leading. Then—same opening—a mass of brown antler. I have no concept of tines, width, height—just the instant and unconditional certainty that I’ll shoot if I can. Despite the unholy noise, they’re traveling slowly. The big buck’s eye appears in another opening, and I follow it down to find the shoulder and fire. I hear no sound as something heavy slams my shoulder. A ball of white smoke rises and dissolves. It has been all of six seconds since the leaves first moved. In a trance, I climb down and beat my way through the thicket to where they stood. There is blood and, 15 yards away, the biggest buck I’ve ever shot. I’m swept along on a flood of regret and elation, pride and humility, joy and sorrow. I stroke the buck’s flank, thank him, ask his pardon. I don’t know that he can hear me. I know something does.

Steve, Richard, and Carter are there within minutes. It takes three men to load him in the truck and we never lift him completely off the ground. Steve thinks he’ll go 300 pounds. The 11-point rack hints that he’s related to Carter’s buck, although not quite as big.

I struggle with this for weeks. I’ve killed my biggest deer. That should be enough. But I can’t deny that I’m jealous of Carter’s. This, I decide, is a bottomless whirlpool and I need to let it go. A few days later, I call Steve to thank him once again for all his hospitality and the buck of a lifetime. But just before we hang up, the whirlpool decides it’s not yet finished because the words “And next year I want a bigger one” come out before I can stop them. We both laugh. Just before hanging up, Steve says, “You’re welcome anytime, Mr. Heavey. You know that.”