Don't listen to the so-called "experts." These are the real best days of the rut 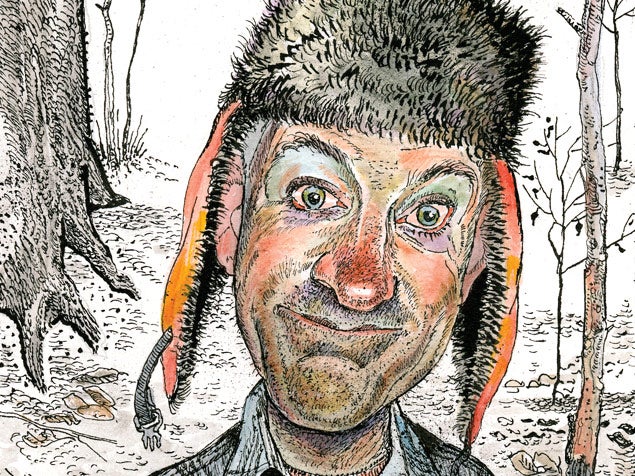 As recently as when the mention of a president’s name didn’t lead to familial violence, deer hunters divided the year into November (the rut) and everything else. If deer hunters had their way, the 11 other months would last approximately 17 minutes each. The world has made great strides since then—mostly sideways and in marketing, along with just enough “science” to back up that marketing. This is why even deer lures made of civet musk, spackling putty, and aspartame now feature a picture of a biologist on the back saying, “Specially designed to pull in 160-plus-class bucks, or I’ll eat this donut!”

With improved marketing, the once monolithic rut now consists of 43 phases, which run from July 4 through Groundhog Day. Some of these phases denote sexual activity banned in Catholic countries, such as Rhode Island. Hold on! Just got an email alert. We’re up to 44 phases, including the pre-post-secondary lockdown, from 3 to 5:45 p.m. on December 19, provided that date is a Tuesday.

The bottom line? The absolute best days to hunt in 2018 are October 27 and November 3, 10, 17, and 24. These are based on an algorithm I devised in the bathroom and happen to fall on successive Saturdays, which is an incredible coincidence and intentional. You may have your own ideas about best dates. All I can say is that I’ve got an algorithm and you don’t. But let’s move on. Like every other “expert,” I’ve got white space to fill and a desperate need to seem authoritative.

• October 27. The most recent marketing—sorry, scientific—data pegs this day as the end of the mid-pre-spawn ovulatory cycle for deer north of 37.5 degrees latitude. Basically, the does aren’t yet ready to dance, while the bucks are chomping at their cummerbunds. Some experts say that if you’re after a once-in-a-lifetime buck (OIALB) now—the only kind dealt with in magazines—your best tactic is to place a small cut cedar 20 yards upwind of your stand using a posthole digger. Then make a mock scrape and a licking branch. The idea is sound. You just need to swing for the fences now. Get your mitts on a $150,000 truck-mounted Big John 100 DL hydraulic tree spade, which can handle an 18,000-pound root ball and live trees up to 14 inches in diameter. That works out to be a 278-foot ­cedar. Make a 60-square-foot scrape using a grader and $600 worth of Code Blue Grave Digger Scrape Mate. Whether you kill that OIALB or simply go bankrupt, your life will never be the same.

• November 3. This marks the height of the full-on-almost-there doe hotness cycle. With those first few does bred, the smell of estrus is so thick that you’re not sure you want to eat anything that likes this odor. Seeking bucks abandon their usual afternoon routes to fields. Instead, they’ll parachute into the middle of one or emerge from a tunnel directly beneath your stand. Also, they’re super aggressive. Say you see a monster stomping around in a silk boxing robe that reads Guns Don’t Kill People, I Kill People. Toss an estrous bleat his way and be ready to shoot before he rubs your tree into the horizontal position. Last year, a school bus full of children in Ohio was nearly overturned after a crazed buck mistook the vehicle for a big yellow doe and tried to mount it. Way I see it, killing that buck saves kids’ lives. You should get a medal.

• November 10. The $#!+’s-about-to-get-real phase is over, because now the $#!+ is real. You should be in your stand until you can’t remember your own name. Actually, it’s not a great time to hunt. Sure, it’s fun to watch cruising bucks chase, fight, and, in New York, serve each other with legal papers. But the leaf canopy is already thinned out, and a humanoid lump 25 feet up a tree isn’t fooling anyone except you. Sorry, but someone had to break the news.

• November 17. This date is the peak of “biological breeding activity.” (Wait. Is there some other kind of breeding activity?) Hunters know this as the lockdown, when 10 hours afield might yield the sight of a single buck running to his next date at 500 yards. It’s also the firearms opener in many states. This is important because it gets bucks up, moving, and dead. Expect to see deer you didn’t kill stacked along field edges, in thick cover, and strapped atop cars. The wily survivors hide out in hollow logs and stumps, where they are impossible to see. I can’t tell you how many times I’ve not seen these elusive bucks. Many were true OIALBs.

• November 24. This is informally known as the sniff-follow-pfft phase. Using a tarsal gland can be deadly now, to deer and hunter alike. Bucks have been whizzing down their legs for so long that a fresh tarsal routinely knocks hunters unconscious. Again, it’s time to go big. Instead of dragging a tarsal gland, drag an entire freshly severed haunch behind your ATV. This arouses both aggression and curiosity. A big buck’s first thought is: I’m gonna whup his butt, followed by, How does that boy get around on three legs? That buck will charge in, expecting an easy win. He’ll be more than a tad surprised when he passes by your stand and gets a well-placed ­double-​lung shot instead. His last thought will be, Damn. Daddy told me about this old trick, but I wouldn’t lis—

By the time you get home, a Field & Stream photographer will be there begging for a shot. Trust me. I’m an expert.