On Monday, President Trump signed a pair of proclamations to remove protection from about 2 million acres of public hunting... 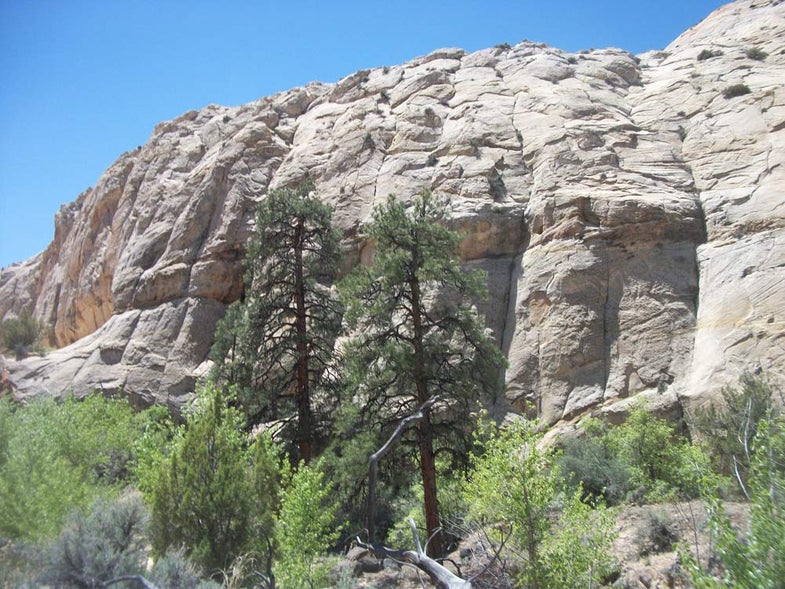 A view of the Grey Cliffs in Utah's Grand Staircase-Escalante National Monument, the size of which President Trump has slashed by nearly half.. Jay Banta
SHARE

On Monday, President Trump signed a pair of proclamations to remove protection from about 2 million acres of public hunting and fishing lands in Utah—setting off dark warnings from sportsmen’s conservation groups about the ultimate impacts of that action.

“Some people think that the natural resources of Utah should be controlled by a small handful of very distant bureaucrats located in Washington,” the president said. “And guess what? They’re wrong.

“Together,” he continued, “we will usher in a bright new future of wonder and wealth.”

The president is factually wrong on some of those claims. These monuments, like many others, prohibit only certain types of future development. Companies currently operating mines or wells can continue their work. And both monuments have been seeds for the exploding outdoor recreational industries, including hunting, fishing, hiking, camping, and water sports.

Further, polls show that the vast majority of outdoorsmen and other westerners—both Republican and Democrat—think the president is wrong.

A poll commissioned by the Theodore Roosevelt Conservation Partnership (TRCP), the nation’s largest association of sportsmen’s conservation groups, found that “77 percent of Republican and 80 percent of Democratic sportsmen and women support keeping the existing number and size of national monuments available for hunting and fishing.”

Earlier polls of voters in western states, where most of the monuments and other protected natural areas are found, not only oppose relaxing existing protections, but want more set aside.

Yet President Trump’s action has been a goal of many western GOP congressmen, who would like to see the vast stretches of national lands in their states handed over to local control or even ownership. While that move is supported by extractive industries such as mining and energy, it has been opposed by the large and growing outdoor recreation industry, which relies on management regimes that give fish, wildlife and environmental qualities priority over development.

Sportsmen leaders, pointing out that this is the first attempt to rollback monument status in more than 50 years, worry that this action will open the door to more attacks on other protected lands across the nation.

“An attack on one monument is an attack on them all and sets a precedent that none are safe, both existing and future,” said Land Tawney, president and CEO of the Backcountry Hunters and Anglers. “[Teddy] Roosevelt is shaking his fists! Undermining one of our bedrock conservation laws and selling out to industry.”

Whit Fosburgh, president and CEO of TRCP, said, “If a president can redraw national monuments at will, the integrity of the Antiquities Act is compromised and many of America’s finest public lands face an immediate risk of exploitation.

“The power to create national monuments under the Antiquities Act lies with the President, and that authority is to be kept in check by Congress alone. We have repeatedly asked the administration to walk a path that upholds this precedent. Instead, the legacy of 16 former presidents, and the future status of some of America’s most iconic public lands, will be thrown into question.”

President Trump’s decision will have to clear what is expected to be a years-long legal process, which started with law suits filed by several groups shortly after his announcement. But all opposed worry that if the president prevails in this first test, he will have the support of the GOP congress to go after other designations protecting priceless outdoors recreational lands, including national wilderness and roadless areas, as well as national parks.