Just a few months ago sportsmen’s conservation groups applauded when President Trump nominated Ryan Zinke to be Secretary of Interior.... 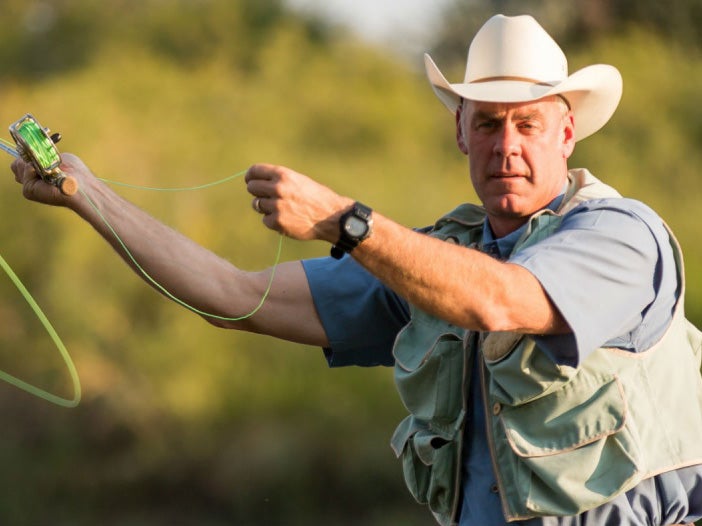 Just a few months ago sportsmen’s conservation groups applauded when President Trump nominated Ryan Zinke to be Secretary of Interior. The Montana Republican was a committed sportsman and—after hearing from his constituents—had stated his support for keeping public lands public. And many of those same groups also cheered when, on his first day on the job, Zinke signed two orders hunters and anglers favored: allowing lead fishing tackle on federal lands, and expanding hunting and fishing opportunities on those properties. But now some of these conservation groups have begun to change their tune, in light of recent decisions by the Trump Administration and the Department of the Interior.

Earlier this month Backcountry Hunters and Anglers launched an advertising campaign that asks, “What Happened to Ryan Zinke?” BHA was among the sportsmen’s groups that joined in the applause for Zinke back in January, but it is now spending “seven figures,” according to a group spokesperson, on radio, TV, and digital spots focused on the DOI’s review of national monuments, which, it says, “risks prime hunting and fishing on public lands and waters.”

The ads point out Zinke’s oft-stated admiration for Teddy Roosevelt, the father of America’s conservation movement, and the Montana politician’s actual record. The contrast is stark.

Since becoming Interior Secretary, Zinke has supported a review of the Obama-era reform of energy leasing and coal mining on public lands, measures wholeheartedly supported by sportsmen’s groups, because they rolled back the energy-first program instituted under the Bush II Administration. And , in addition to the national monument review ordered by President Trump, Zinke also supports taking another look at the program to restore Western sage grouse habitat that began under the previous presidency. “We see Secretary Zinke as potentially a strong ally of sportsmen and women—and an advocate for our public lands and waters,” BHA CEO and president Land Tawney said in a statement. “However, the rhetoric so far at Interior has been mixed, to put it mildly. The ongoing review by the Interior Department of our national monuments is a perfect example of this incongruity.”

Sportsmen’s groups that hoped Zinke, as a Western outdoorsman, might drift from the GOP orthodoxy on those issues now realize that doing so was a mistake, says Whit Fosburgh, president of the Theodore Roosevelt Conservation Partnership—an organization that includes almost every major sportsmen’s and wildlife group in the U.S. “Zinke has been a disappointment,” Fosburgh told the New York Times in July. “His first meetings were with the sportsmen’s community, and we were encouraged that he would be great—or at least someone we could work with. Since that time, it’s been nothing but rolling back conservation.”

But not all sportsmen’s groups have soured to the new Interior Secretary. In response to BHA’s “What Happened to Ryan Zinke” campaign, Brian Lynn of the Sportsmen’s Alliance told Field & Stream that since Secretary Zinke and the Trump Administration are only seven months into their tenure, their performance is “incomplete.” Lynn added that the Sportsmen’s Alliance is “cautiously optimistic” that President Trump and Secretary Zinke will honor their commitments to sportsmen when it comes to continued access to public lands for hunting, fishing, and recreational shooting. And though sportsmen need to remain vigilant about public-land issues, he said, “There are many other areas to evaluate this administration.” He noted that the Trump administration has sided with sportsmen on several key issues, such as supporting the delisting of Great Lakes wolves; delisting Greater Yellowstone Ecosystem grizzly bears; looking into rule changes in Alaska National Parks concerning wolves, black bears, and grizzly bears; and clarifying an executive order as it pertains to hunting seasons.

The Sportsmen’s Alliance isn’t alone. Ducks Unlimited CEO Dale Hall was among the sportsmen who came out in support of Secretary Zinke upon his taking office earlier this year, calling the former Montana representative “a smart choice as the leader for our natural resources.” When asked this week to comment on Secretary Zinke’s service thus far, a DU spokesperson told F&S that the organization doesn’t yet have enough actions or decisions on which to review his efforts. The spokesperson also included a statement by Hall expressing disappointment not with Zinke’s performance but with the pace at which his nominations and confirmations have moved through Congress. “We agree with Secretary Zinke’s frustration” on the matter, Hall said.

Last week, just days after BHA rolled out “What Happened to Ryan Zinke?,” Secretary Zinke made two significant pro-sportsmen decisions: expanding access to 10 national wildlife refuges, and accepting a land donation to open access to the Sabinoso Wilderness, in New Mexico. In response, BHA CEO and president Land Tawney commended Secretary Zinke in a Facebook post, and BHA also thanked him for acting on behalf of sportsmen in a separate post. In an email to F&S on Monday, however, a BHA spokesperson made clear that while the group is grateful for Secretary Zinke’s recent actions, it will continue to push back against “ill-conceived undertakings” such as the national monuments review. “This isn’t a matter of changing minds,” BHA conservation director John Gale wrote. “We have always and will always remain ready to thank decision-makers when they do good and hold them accountable when they make bad choices or votes. Secretary Zinke is no different.”

Field & Stream reached out to the DOI for comment on BHA’s new campaign but has yet to receive a response as of Tuesday afternoon.

Since becoming Interior Secretary, Zinke has oft stated, “No one loves public land more than I do.” But it’s safe to say that at least some sportsmen now wonder if they share his definition of love.