Need something to do in the offseason? These five fishing books are sure to keep your head in the game until the spring 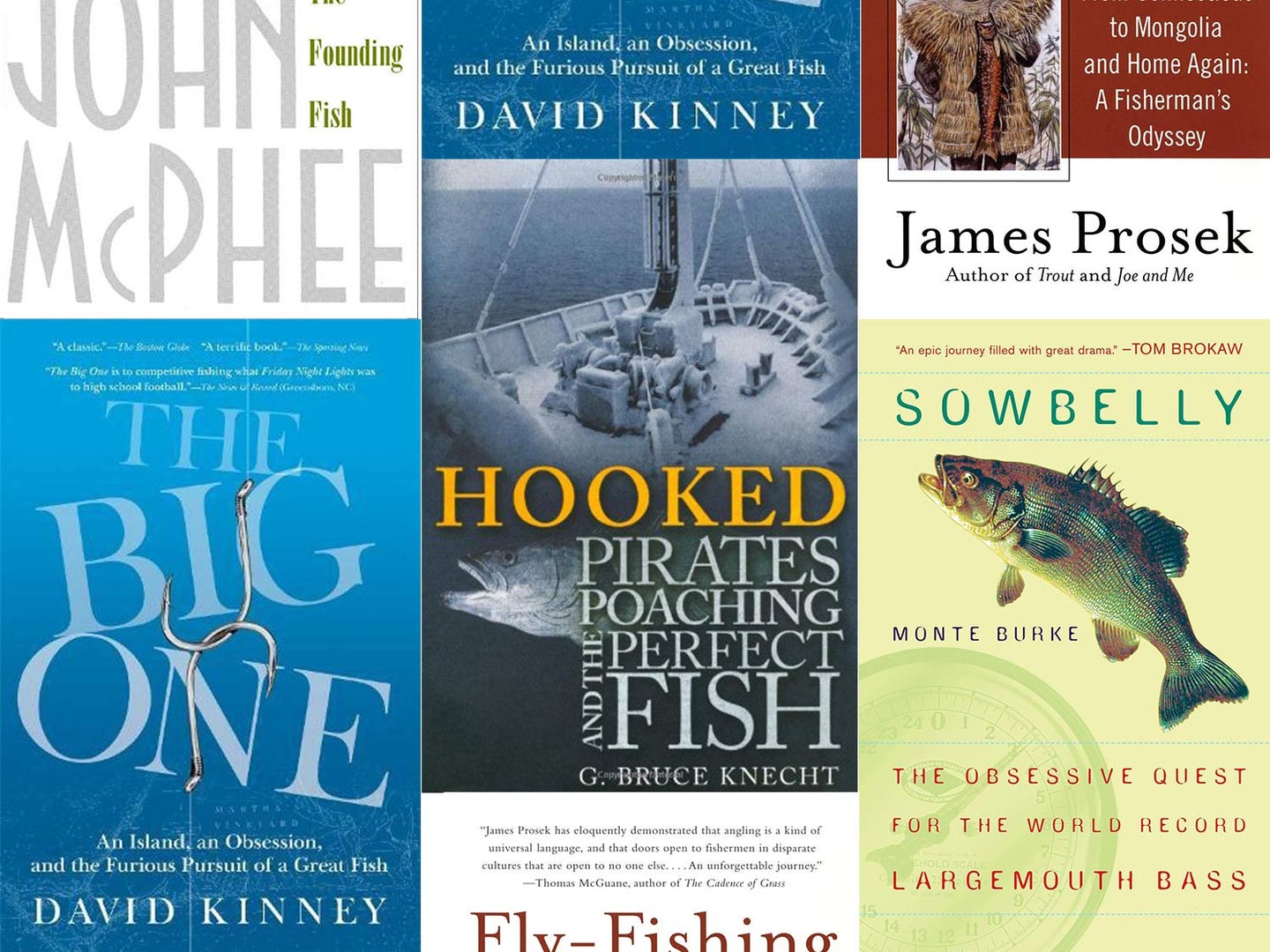 Some are new and some are old, but what they have in common is that they're not how-to books, but story books that any angler, regardless of what you chase, will really enjoy. Field & Stream
SHARE

For many anglers, it’s quickly becoming that time of year when fishy pursuits slow down a bit and we spend more time at home. It’s this season when it’s great to have a fireplace to sit in front of (which I don’t), or at least a Snuggie for couch lounging. The other day I was looking over my book collection and picking a few I’d read again in the cold months.

Some are new and some are old, but what they have in common is that they’re not how-to books, but story books that any angler, regardless of what you chase, will really enjoy. Dave Petzal has provided many reading lists. So here are the five I intended to reread.

The Founding Fish by John McPhee Farrar, Straus, and Giroux

Written by John McPhee, one of the best nature writers ever to pick up a pen, this book chronicles the history and importance of American shad. I know, I know, shad to many are just bait. But you’d be very surprised to learn what a role these fish played in American history, and how much they tell us about the health of other fisheries.

I don’t care if you’re a bass freak or only pursue largemouth on occasion. Monte Burke’s book on the historical and current quest for the world-record largemouth fascinated me more than any other fish book I’ve read. I realize since it was published the record has been tied. But still, the chapter about bass in Cuba alone is worth reading it.

The Big One by David Kinney Atlantic Monthly Press

Published not that long ago, David Kinney follows a group of anglers trying to top the leader board in the annual Martha’s Vineyard Striped Bass and Bluefish Derby. Though not Kinney’s intention at outset, what he ends up chronicling is a nail-biting account of one huge striper that sparks island-wide controversy and almost ruins the angler that caught the beast.

Though I’ll admit author James Prosek could have left out a bit of the interwoven love story, his journey of flyfishing the 41st parallel around the globe has always stuck with me. He fishes some amazing, yet unconventional places. The chapter where he dives in a stream cutting through a war-torn, abandoned town in Bosnia is epic. Trout swimming over a stream bed littered with spent rounds was eye-opening.

This one’s not about hook-and-line fishing, but if you like “Deadliest Catch” check out G. Bruce Knecht’s book about the pursuit of Chilean sea bass poachers, and the history of how this ugly fish became one of the most in-demand food fish on the planet. This is a story that keeps you on the edge of your seat.