Fishing for Grace in the Age of Social Distancing

The simple acts of casting, reeling, and hoping for a fish to bite offer solace for a worried mind 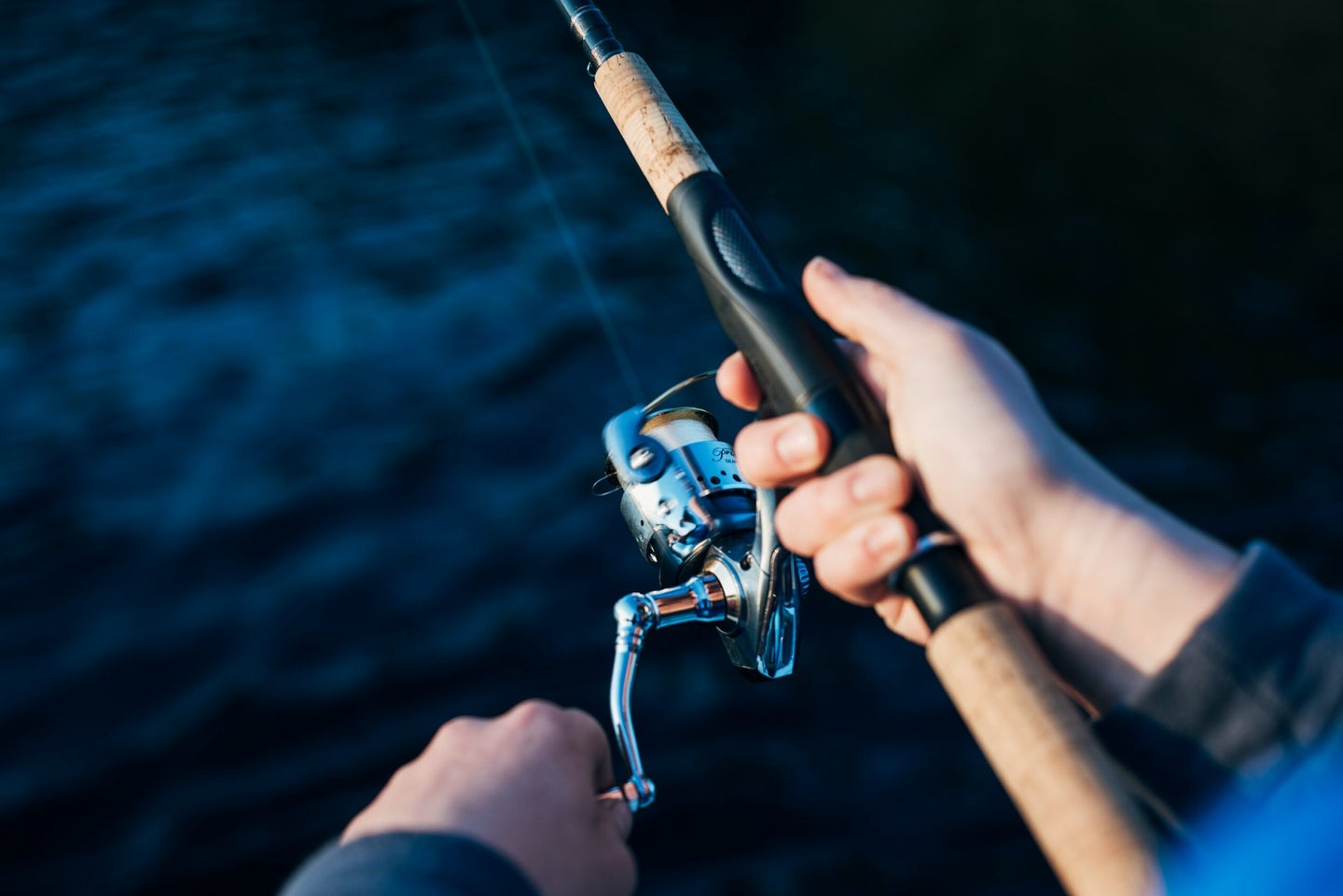 It’s not important that you catch fish. Just getting out there is a cure for covid-induced cabin fever. Laura Stanley from Pexels
SHARE

I read a news story the other day that asked if, say, my lungs were to fill with fluid a week from now, would I be content with the life I’ve led.

My response was an emphatic, “Not really.” Then, as the writer intended, I began to worry. My life, like that of most people I know, is a parable of unfulfilled promise and lost opportunity. Long experience with this kind of existential despair has taught me that when the abyss opens, it’s a good time to go fishing. Fishing is kind of like prayer to an agnostic. It probably won’t work, but you could always get lucky.

I knew that the shad had started their annual run from Chesapeake Bay up the Potomac River to spawn, and I’d already heard of a few being landed at Fletcher’s Boathouse. I rigged up a spinning outfit, grabbed a pocketful of shad darts, and headed to the river. There weren’t any cormorants perched on the rocks—a sign that the fish hadn’t arrived in numbers yet—but the sight of all that tan water sliding by was reassuring. Nobody had told the river about the quarantine.

In the parking lot, I saw another angler loading two rods into his truck.

He smiled and grimaced at the same time. “Got one in four hours of fishing. Better than getting skunked, though.”

I passed other anglers coming and going on the path to the rocks north of Fletcher’s. Most made eye contact and seemed in good spirits despite the slow fishing. Maybe, like me, they were just happy to be out on the river on a sunny day, happy to let their hands take over from their minds as they casted and reeled in.

There are a limited number of good rocks to cast from along the Maryland side, and they get taken quickly on nice days. A guy at Gordon’s Rock, a spot named after a friend of mine, told me he was about to leave. “Just a couple more casts,” he said. That, of course, is fisherman-speak for at least 30 more casts, but I decided to wait anyway. He said he’d been fishing for five hours without a hit. I used the time to tie on a brightly colored dart. Although shad don’t really feed when spawning, biologists say they hit lures out of irritation. I hoped to annoy one enough to strike.

It didn’t turn out that way, of course. I fished for two hours without so much as a tap. I also snagged and lost three darts on the rocks. The guys around me—one just upstream and one just down—weren’t doing any better. The one on the rock below was nursing a beer in a cozy.

“You Corona fishing?” he asked after an hour.

“Absolutely,” I said. “Going stir crazy at home just like everybody else.”

He nodded and we ended up talking about bass and rockfish, walleye and perch. From upstream came a crack, the pistol-shot sound of a line snapping under tension. It’s a sound that makes every shad fisherman wince.

“My last dart, too,” the guy muttered. Losing lures is part of shad fishing. If you don’t lose a few, you’re not fishing aggressively enough. I tossed a packet of two darts onto the rocks behind him, saying, “Here. Now you can’t leave until you’ve lost those too.” Surprised but happy to be back in the game, he thanked me and tied one on. The truth was that I liked having him there, liked his quiet company.

All three of us agreed that the sun had driven the shad deeper than our lures could reach. Around 5:30, after losing a fourth dart, I figured I’d had enough and reeled in. As I turned, I saw another fisherman waiting behind me.

“You leaving?” he asked. I said I was, and he mentioned that nobody seemed to be catching any shad.

“Not yet,” I said. “But one of us has to get lucky sometime. And I’d rather be here getting skunked than locked up inside.”

I drove home feeling oddly buoyant, as if I’d left something weightier than shad darts behind me in the river. I realized that in two and a half hours, I hadn’t worried once about whether I was ready to die. I’d been fishing. Sometimes that feels like grace.