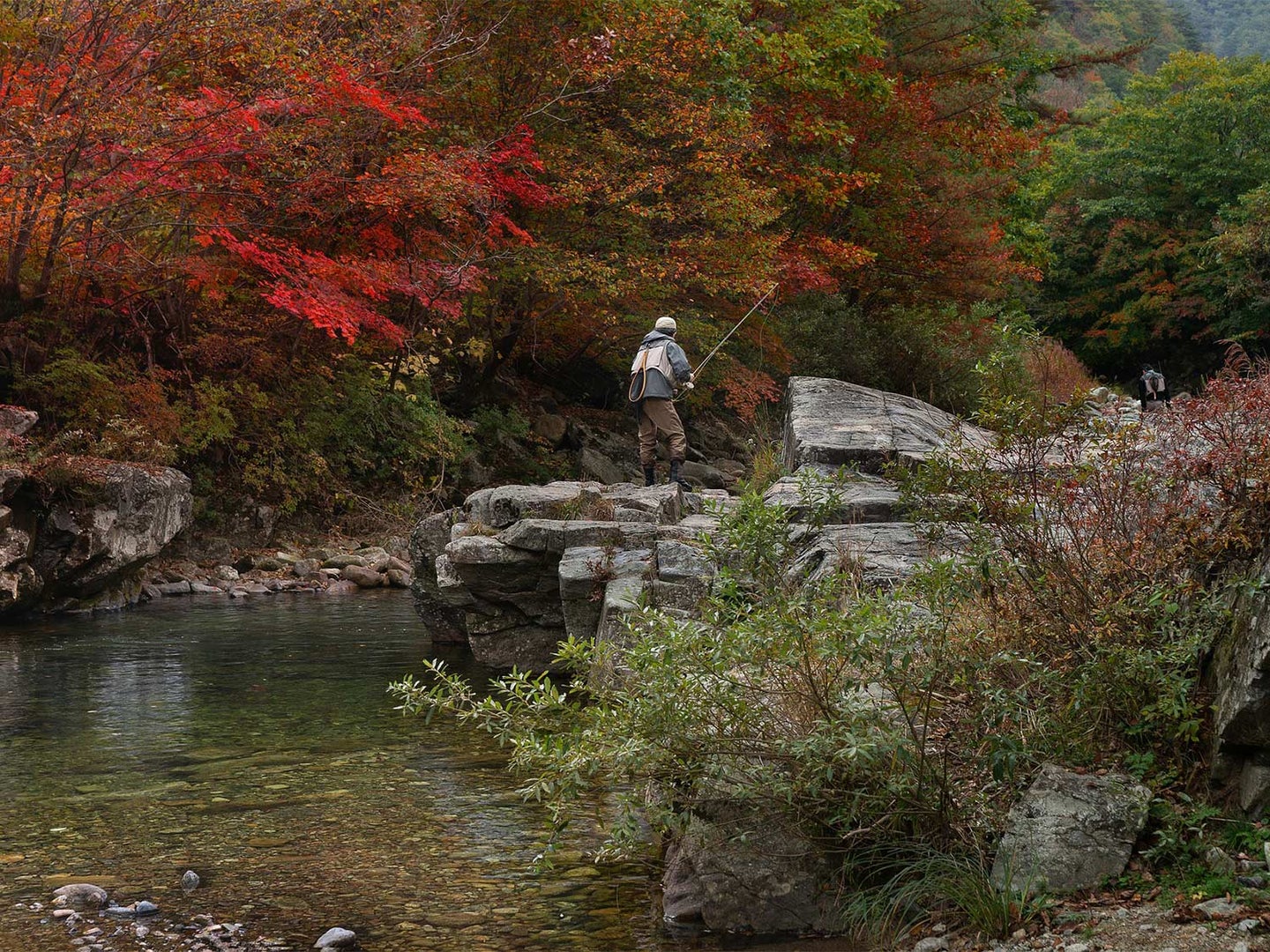 You can’t underestimate the good-for-the-soul solitude that time on a trout river can provide. chulmin1700/Pixabay

F&S Classics: An Evening on the Water

This story was first published in the June 1997 issue.

FRIDAY EVENING. I left work early to get in some trout fishing, but three guys had beaten me to my usual spot, so I headed down to what’s known as the Ledge. It’s a shady stretch of stream, with a soft bend at the upper end, riffles that open to a series of ledges, and a wide, deep pool at the end of the rock chute. Nice trout water.

It was too early for the evening hatch, so I decided to work my way downstream slowly. If I timed it right, I would be in perfect position when I reached the tail of the pool to reverse direction and work upstream with dry flies at the height of the evening hatch.

I figured I had a couple of hours to kill, so I started to experiment. First, I tied on a monstrous weighted Woolly Bugger a friend had tied for me. He’s a Missouri angler—a steelhead addict and member of The Church of The Large Ugly Fly, Big Fish Synod. We had fished the North Fork the previous winter and had taken some really nice browns on huge hideous streamers tied to light tippets. It was about as graceful as casting bowling balls, but I couldn’t argue with the results.

So, with an oversized black Woolly Bugger on the line I began fishing down and across. Nothing much was going on, except that I was on the water. The warm, late afternoon sun streamed through the trees; I could hear the leaves rustle in the occasional breeze. The stream burbled as it flowed past. Its slightly musty odor smelled of trout.

Then, as I lifted the rod at the end of a drift, the water blew up. I was so startled, I never even set the hook Up to that point the pool had seemed completely dead. A couple of casts later I lost the fly, so I switched to a large brown Woolly Worm. Again, at the end of the swing I got a huge hit. This time, the fish broke me off when I set the book. I guess I was a little too pumped up.

On went another Woolly Worm. A few minutes later, the first fish of the evening was on. He had swiped at the fly, but missed it. I gave the line a tug. The fish turned and nailed the fly. All was right with the world.

I PLAYED AROUND with a few other flies, and then stood off to the side to watch a master angler give me a lesson in stealthy wading. The heron tolerated my presence for a few minutes before spooking downriver. As he glided away noiselessly, I watched a phoebe dart across the water. As I admired the bird, another part of my brain sent a priority message: If the phoebes are working the river, pal, it means the latch is starting. Back to business . I tied on a sulfur emerger and took a pair of nice browns night away. Then the rises stopped unexpectedly, which sometimes happens on this river. It was getting late, but I made a cast just in case. My casting had been in rare form all evening, but this time I threw an incredible line tangle-a complete Gordian Knot, with the leader tightly wrapped around the line and rod.

At first I wasn’t too concerned because the fish weren’t really rising, and, after all, I had caught and released half a dozen fish. Let’s not get greedy here. But as I started picking at the mess, fish began rising all around me. I could hear them loudly slurping their dinner. The sulfur hatch was coming off.

I TOLD MYSELF, You’ve had a good evening, evening, don’s press it. But another part of me said, just as insistently, Get cracking, son. I decided it was a point of honor to see if I could cut and rebuild the leader under the pressure of rising fish and fading light. I remained passive and disassociated until I came to the last surgeon’s knot, which I unexpectedly fumbled. I cursed loudly. My blood was up. I wanted in.

Moments later, a semblance of calm restored, I tied on a sulfur dry and started fishing downstream. A good-sized brown grabbed it, and we had a welcome tug of war. I released the fish and thought about heading in, but there was one more steady riser. I couldn’t help myself, I cast over him. He seemed to have no interest at first, but finally I got the drift I needed, and he took. I could barely see now, so I brought the fish in fast and released him. At that point I looked up past the tops of the trees into the coming night, took a deep breath, and said, “Thanks.” Whoever called this a contemplative sport was full of it.