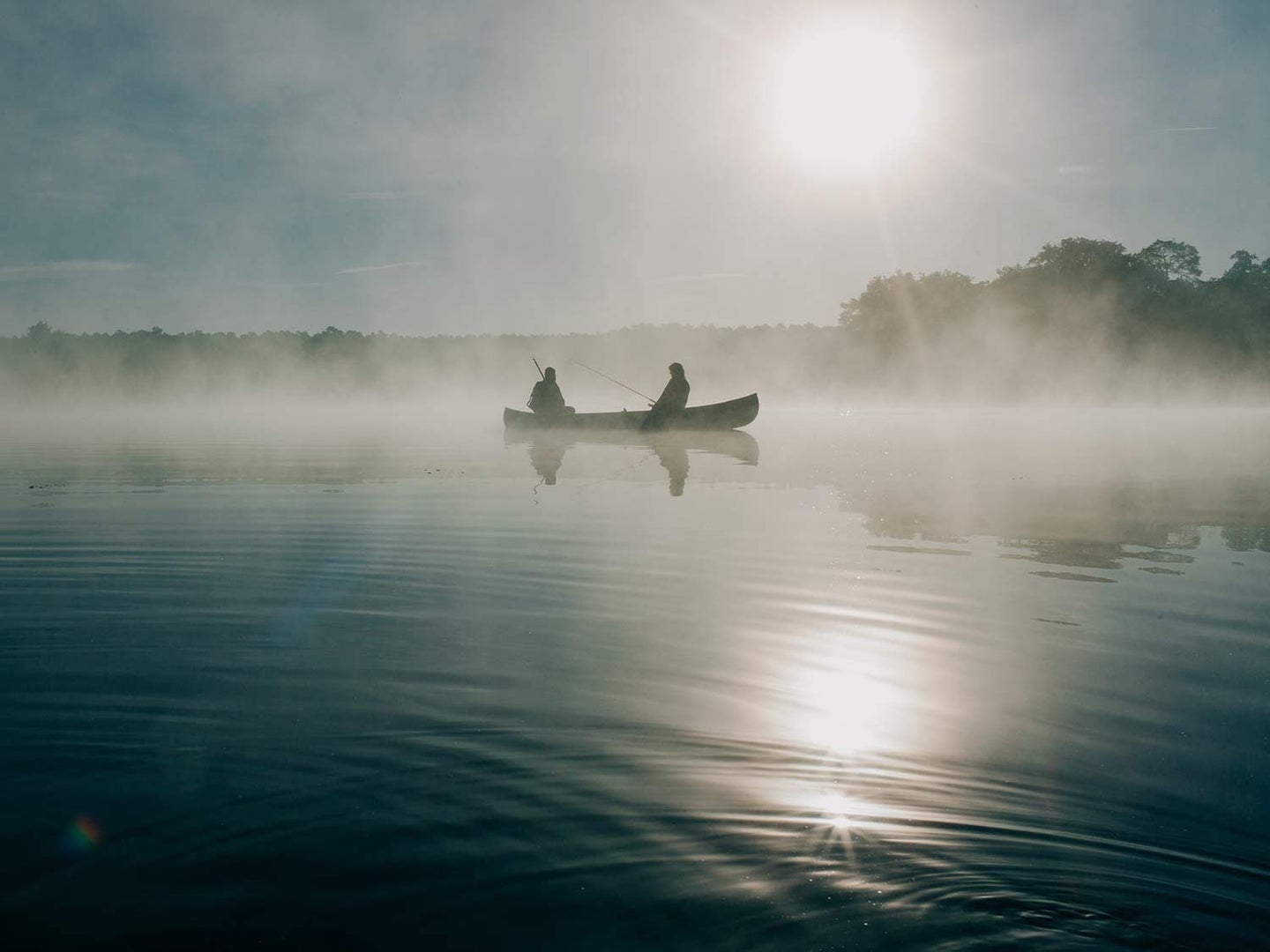 A couple of anglers try to land their limits from a canoe. Free-Photos/Pixabay

This story first appeared in the September 2002 issue.

THE LAST TIME my father and I fished together was on his 85th birthday. What had been, for most of my life, a fishing partnership that took us all over the Northeast for everything that swam in fresh or saltwater had devolved to this: a once-a-year September canoe float on a serpentine woodland trout stream a mile from his house.

We parked at the iron bridge, as we always did. I toted the canoe to the water, and Dad carried the paddles and fishing gear.

“But it’s your birthday.”

We’d been carrying on this same argument for more than 40 years, and it always turned out the same.

A canoe paddle was still a wand in his gnarly hands. He pushed us upstream against the slow current, pausing without comment when a deadfall, undercut bank, or shaded hole came within casting range, telling me by how he aimed the canoe where he wanted me to drop my dry fly. After 40 years together, no words were needed.

I wasn’t getting any strikes. No real surprise. Objectively, this wasn’t much of a trout stream. They stocked it with brookies in the spring, but the stream ran low and warm in the summer. We figured most of the trout either got caught, migrated down to the lake, or died.

We loved the stream anyway, because it was inaccessible except by canoe from that one iron bridge, and because the fishing wasn’t good enough to attract other anglers. In all the years we’d floated it, we’d never seen another human being there.

It rose in swamps in western Maine, meandered through miles of old hardwood forest, and eventually emptied into a New Hampshire lake. By the time Dad’s birthday rolled around in September, the maples and oaks that canopied overhead were turning crimson and copper. It was an awfully pretty stream in the fall, trout or no trout.

We’d been moving upstream for about an hour when we came to an uprooted pine that had fallen across the water. Back when Dad was younger, he’d have insisted we drag over it or carry around it and keep going. In those days, he never wanted to turn around. But today when I suggested this was as good a place as any to swap ends and head back, he nodded.

“You keep fishing,” he said. “Catch something.”

“These fish are too smart for me. Show me how.”

“Oh, sure,” he said. “Fish water you’ve already covered. Take your leavings.” Another one of our comfort able old arguments.

I had to help him out of the canoe. He staggered and held onto my arm as I helped him settle into the bow seat. He didn’t grumble about his arthritic knees and hands, which meant they were bothering him.

I steered us downstream. He picked up the rod, tied on a little bucktail, and began flicking it against the banks. Watching my father from behind, the fluid, effortless way he cast, repeatedly dropping his fly about an inch from the bank, it was easy to remember him as a young man. He couldn’t do a lot of things anymore. But he could still paddle and cast a fly.

The iron bridge was around the next bend when something boiled behind his fly. I dug in with the paddle, and he cast again. Another swirl, and his rod bowed; a few minutes later he was cradling a fat 14-inch male brook trout in his hand. Its spots were as scarlet as the stream side sumac, and its belly and pectoral fins glowed like the copper oaks and maples over our heads.

It was maybe the biggest trout we’d ever caught here.

“Big stud wants to spawn,” said Dad as he unhooked the fish and slid it back into the stream.

Raging arthritis and other accumulated miseries kept my father out of canoes after that September afternoon. We celebrated the last six birthdays of his life in his living room, watching a ball game with the TV muted so we could talk fishing. When we recalled our last birthday float, we agreed: It had been a pretty good way to end it.