How to Fish for Trout During the Summer Trico Hatch

Catch giant browns and rainbows on these tiny bugs 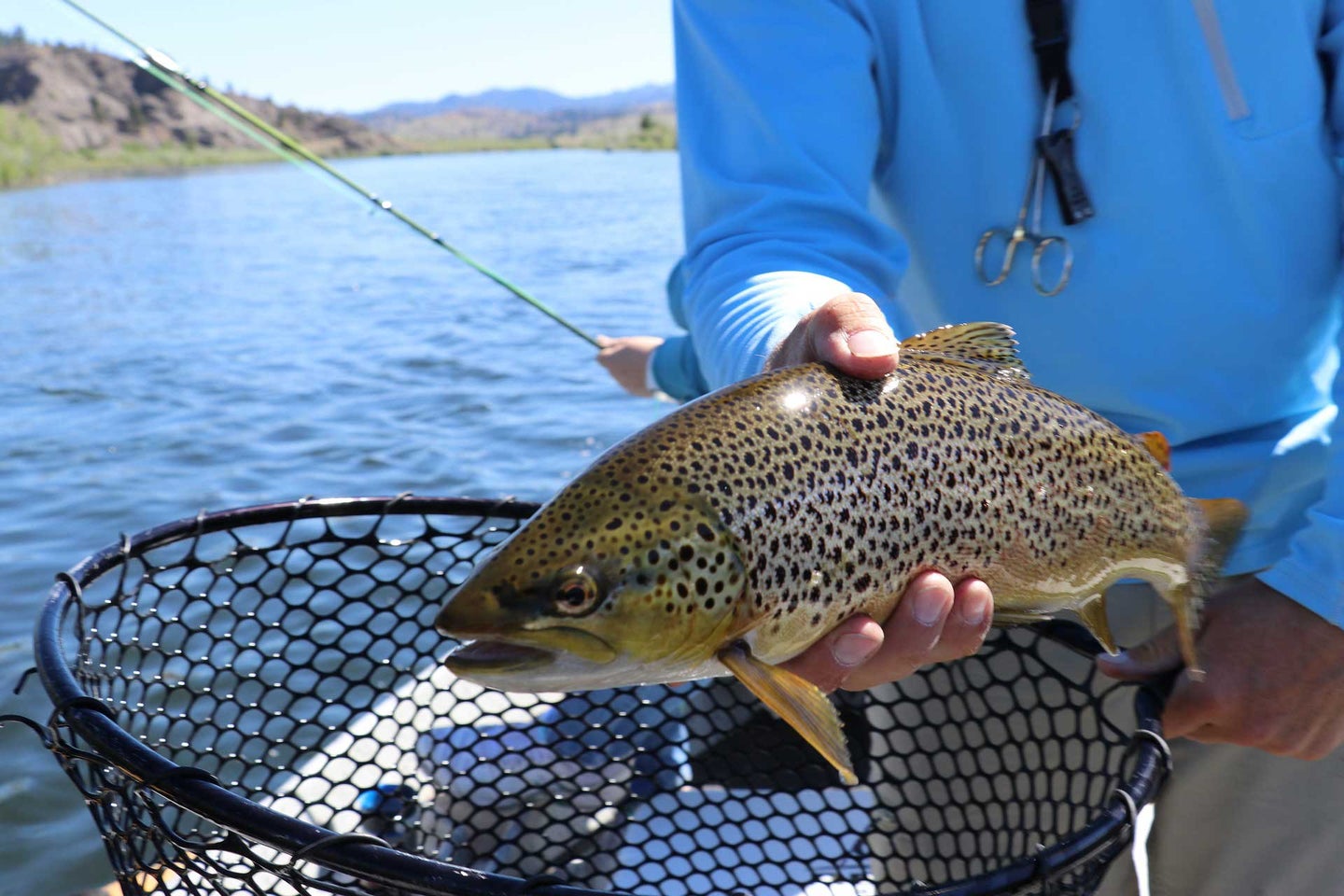 At first, the whole scenario sounds implausible: A nationwide mayfly hatch that starts in July and peaks in August. Big brown trout and rainbow gorging themselves at the surface. Anglers fishing dry flies as small as size 26 on leader tippets scaled down to a mere .003 inch in diameter.

Welcome to the world of trico fishing—flyfishing at its perverse best.

Trico (it’s most often pronounced TRY-co; technically, though, it’s TREE-co) is the common name given to Tricorythodes mayflies, which hatch most abundantly in August on trout rivers from Maine to California. The insects are very small—generally from 3 to 7 millimeters long—but so abundant in some areas that their morning mating swarms can look like a dense, smoky haze over the water. Because of their huge numbers, trico spinner falls often lure large trout to the surface. Taking big, fussy trout on the smallest of flies is a serious challenge. You can have a great time, but it can also drive you gloriously nuts.

When to Fish the Trico Hatch

Tricos are clambering, slow-water nymphs that often favor the weedy, silty margins of large trout pools, rather than tumbling freestone water. Most American trout rivers that remain cold enough to hold active trout in August, meaning generally below 70 degrees, also have large numbers of tricos. Hatches are very predictable, occurring from about mid-July through some portion of September. Spinner falls, which concentrate the bugs in the greatest numbers, usually take place in the morning and are the most important phase to trout and anglers alike. Common knowledge among anglers has been that spinner falls happen when the morning air temperature reaches 68 degrees. I’ve seen exceptions, but if you need a rule to follow, use that one.

High winds or morning thunderstorms will prevent or disperse the spinner swarms and thus kill the fishing. Checking the local weather forecast the night before you plan to fish can tell you whether or not to rig your gear. You also may find out what time to be on the water according to the predicted air temperature. The flies will be fluttering a few feet above the water and looking like small, crystalline snowflakes as the morning sunlight reflects brightly off their wings. Very shortly, you’ll see a gentle rise, and then another. That means it’s time to look carefully to see what the trout are actually doing.

How to Cast to Trico-Eating Trout

A trout’s behavior can vary widely when it’s feeding on tricos. Making note of your target trout’s behavior before you start casting can radically enhance your success. If the flies are abundant, some trout start feeding with a distinct rhythm. Count the seconds between rises and then time your cast so that the fly arrives near the trout’s nose just as the next rise is due.

Other trout may be cruising, slurping their way along the length of a backwater or eddy, and then swimming back downstream to repeat the process. Once you’ve noted the pattern, plan your casts to intercept them. Still other trout—often the largest ones—will be tight to the bank in slow-moving currents, rising with gentle dimples that belie their bulk. In that case, working the rises carefully can net a trout measured in pounds rather than inches.

In almost all cases, trico-feeding trout seem to have microscopes for eyes, and their selectivity can be mind-boggling. They can even tell the difference between male and female mayflies that are less than ¼-inch long and can leave you tearing your hair unless you know what to do next.

Keep an assortment of trico patterns—including spinners and parachute-style flies—in your box during a trico hatch. Amazon

Keep an assortment of trico patterns—including spinners and parachute-style flies—in your box during a trico hatch. Amazon

The standard fly is a trico spinner with a black body and flat, outstretched wings of a white or clear material in sizes 20 to 26. This male-spinner pattern is what everybody uses, which is why you should use something else. On pressured water, trout have learned to discern the phonies. Then, too, fly-pattern variations can help trout pick your fly from among thousands of naturals.

Black-bodied, upright, parachute-style dries can work well during the spinner fall. Another variation that works extremely well is a parachute tied with a dark green abdomen. This represents an egg-filled female spinner, which—as arcane as it might sound—trout will sometimes readily accept after refusing a conventional spinner pattern.

Four- and 5-weight rods are perfect for this fishing. Remember to set the hook on a strike with a deliberate uplifting of your rod arm rather than a sweeping hookset that will snap a fine leader. Larger fish will sometimes run fast and far when first hooked, and your reel’s drag needs to be ultra-smooth.

The foregoing may sound absurdly technical and difficult to some, but with the right gear and clues to the hatch, it can be relatively easy to score. Just remember to watch patiently and adapt to what’s happening on the water. The trout make the rules here. All you have to do is understand them.

Fishing “Dirty” During a Trico Hatch

When trico spinner falls happen early in the morning, they coincide with the prowl time of the biggest brown trout. More than once, I’ve seen a pod of smaller, mayfly-sipping trout erupt in spray as a brown chomped one. For spinfishermen, it’s a great opportunity. Use a size 11 trout-finish floating Rapala, and twitch it carefully along bank-side logjams and other cover. Ignore the smaller trout and you might tangle with a real Goliath. — J.M.