How to Score a Reliable Fly Reel for $20 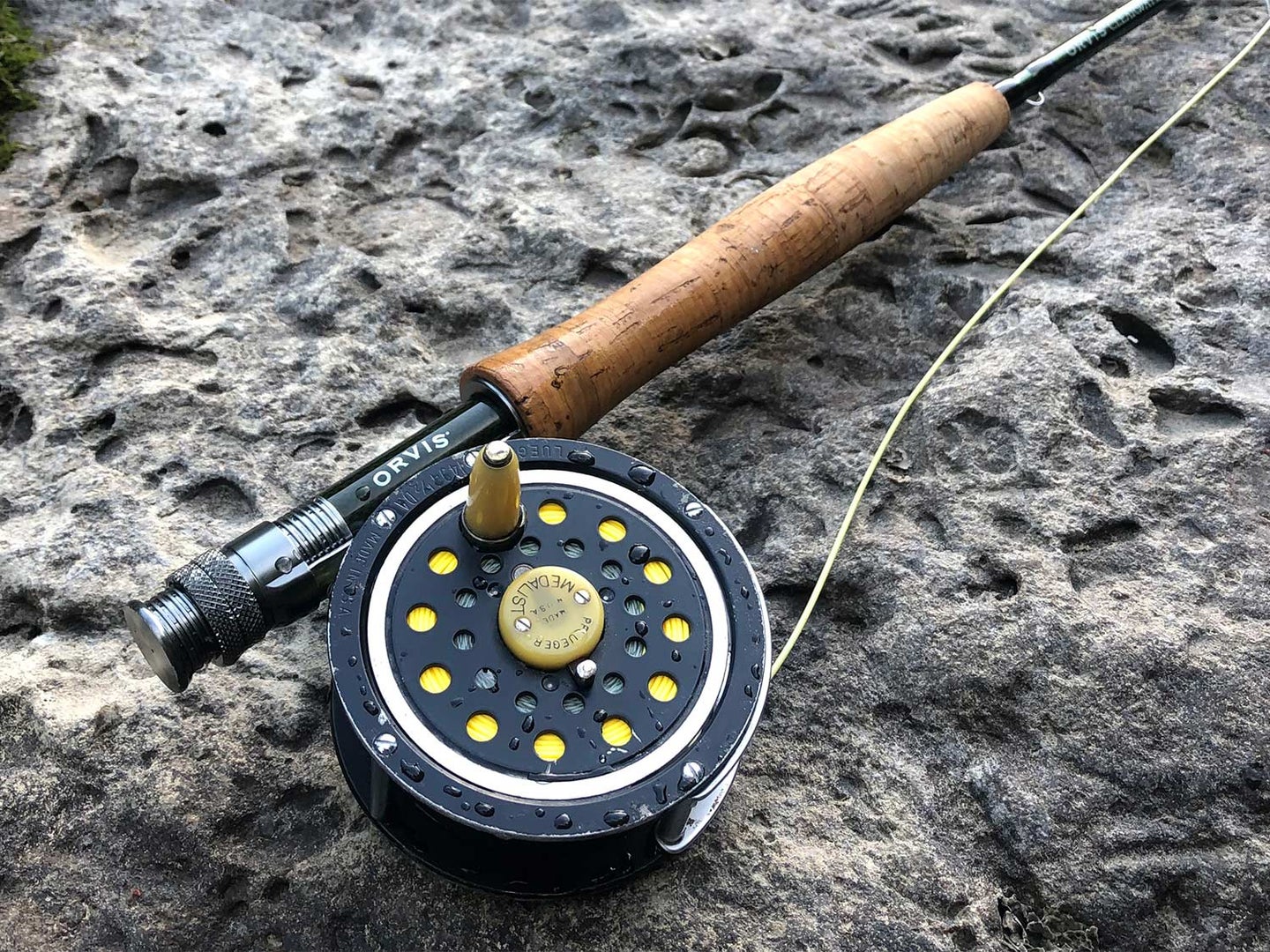 An old Pflueger can last a lifetime with proper care. Matthew Every
SHARE

When Pflueger re-released its classic Medalist fly reel in 2015, it created quite the buzz in the flyfishing world. Some were tickled to see a modern version of the no-frills click-and-pawl fly reel they grew up fishing. Others, still using the same workhorse Medalists they bought decades ago, clung to the “If it ain’t broke, don’t fix it” motto. If you ask me, they’re both right. Having started out flyfishing with a click-and-pawl, I’ve learned that in terms of trout fishing, these simple reels are all you’ll ever need, because the average trout isn’t going to rip line downriver into your backing. Plus, there is just something nostalgic about the tick, tick, tick of one of these reels when you’re fighting a fish. Best of all, click-and-pawls have remained affordable, and in truth, you don’t need a new one if you have a little understanding of what to look for at flea markets and garage sales.

If you ever come across an early 1900s Hardy Perfect for $20, buy it. The chances of that, however, are slim. Some old click-and-pawls like the Perfect can fetch thousands and are valued more as collectibles than for use these days, but the fact is, $20 (or less) goes far in the vintage click-and-pawl market. Pflueger Medalists are probably the easiest to find, although according to Todd Larson, one of the country’s leading vintage-tackle experts, that’s not the only brand that was made to last.

“Aside from the Medalist, Meisselbach, Heddon, Shakespeare, and Ocean City reels are very common,” Larson says. “You also can’t go wrong with more obscure post–World War II American-made fly reels. Models like the Wilby, L.W. Holmes, Airex, and Edwards can usually be had for $10 to $20 and will last a lifetime if taken care of properly.”

Unlike modern disc-drag reels that vary greatly in component materials—and price—older click-and-pawls are all essentially the same. Minimal moving parts and easy access to the inner workings make them a snap to clean and repair. If you find one you dig aesthetically, the next step is making sure the reel is up to code.

How to Tell if a Classic Reel is Worth Buying

Michael Hackney is a click-and-pawl guru. He’s been selling custom click reel kits on his website, Eclecticangler.com, for years and is the author of The Reelsmith’s Primer. Per Hackney, there are a few key areas to inspect before purchase.

“The attachment points of the foot are probably the weakest link on older click reels, particularly the Medalist. The screws frequently loosen up, and the threads can get stripped,” Hackney says. “It’s also common to find a reel with a foot that has been bent or filed to make it fit a favorite rod. A mangled foot can significantly lower the usefulness of an old reel. Best to pass on them.”

How to Refurbish a Fly Reel

After a few drops of Loctite on the screws and a bit of tightening, Hackney cleans away any old oil or gunk with Q-tips and some mineral spirits; he avoids getting the spirits on plastic components. Next, he’ll sparingly re-lube with lithium grease and a few drops of fresh oil.

Since talking with Hackney, I’ve pulled an old Medalist off the shelf and given it a makeover. The kinked-up line that had been on it since I was 10 had to be replaced, but with fresh string, I put it to work on some local trout streams. I’ve also fished one of the new Medalists, and while it’s a great reel and perhaps looks nicer than the resurrected beater I put back in rotation, it just doesn’t feel the same. Anyone with a soft spot for click-and-pawls will understand what I mean.