The Best Fishing Buddy Ever 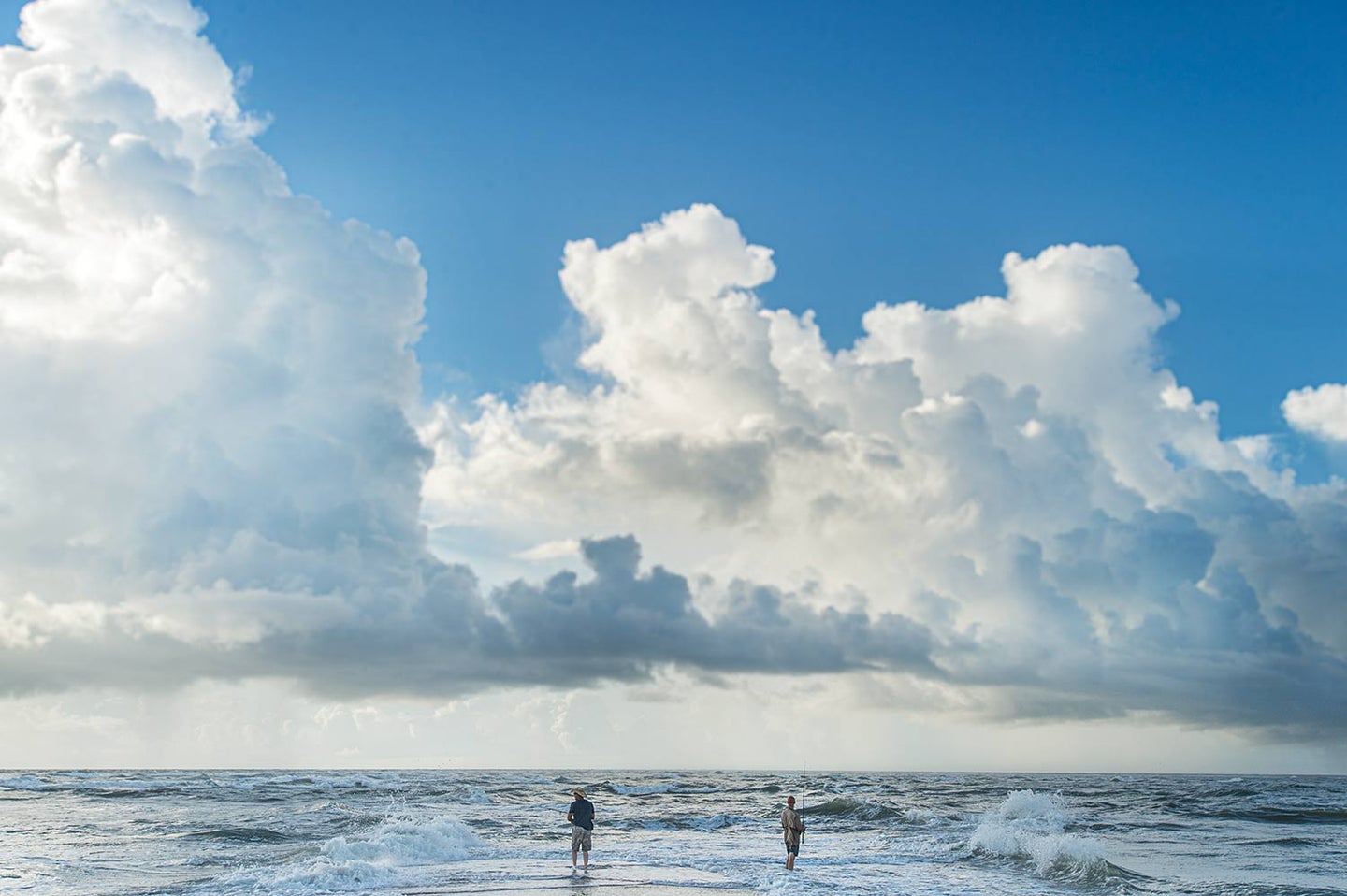 The man burns high- octane gas—the premium stuff, hold the ethanol. There’s no cata­lytic converter under his hood, no fuel-saving gizmos that might shave down ­performance. His only speed is flat-out, stomp-​the-​skinny-​pedal go. My pal, Scott Wood, can be tough to keep up with, but for nearly three decades, I’ve tried my best.

If you’re serious about hunting and fishing, it doesn’t hurt to have a friend or two—but no more than that—who are simply better than you. Friends who push you, in a friendly way, to keep sharpening your skills and upping your game. Scott is too good a friend to really be a competitor, but he’s not what I’d call a mentor either. In the sporting corollary of a foot race, he’s had a step or two on me every time. No matter how hard I ran, he always came out ahead.

To watch him cast a fly was a revelation. Until you see someone skip a dry fly 50 feet under the rhododendrons, or ­backhand-​cast 70 feet of lead-core fly line while standing in the bow of a canoe with a beer between his feet, you can’t really appreciate the combination of power and grace that informs such feats.

That made it tough to be the man fishing from the other end of the boat when Scott was on fire. I spent many summer afternoons picking around his casts, and even when he sandbagged, generously giving me the front of the boat or the best stretches of farm-pond banks, I’d play catch-up. But it was a day fishing the surf in North Carolina that really changed me from being an admiring onlooker to the guy determined not to ride the bench. We were casting heavy flies for redfish at the rock jetty near the Cape Lookout bight in early spring. We’d waded as deep as we dared, arms nearly level with our shoulders as we ­double-​­hauled lines toward the rocks.

The conditions didn’t make for easy casting, but Scott still had a good 10 feet on even my very best efforts. OK, more like 20 feet. It was enough distance that he caught redfish and I didn’t. I remember standing there, watching my friend hurl a heavy Clouser ridiculous distances, and thinking to myself: I am going to learn to cast like that. I am not going to settle for being just pretty good at this.

The same with paddling a canoe. That was our first camping trip together, in two solo boats, fishing and paddling the Black River in eastern North Carolina. One morning after breakfast, as I sat on a sandbar untangling eels from our hooks, I watched Scott paddle his canoe just for fun, edging the boat over on its hull to cut pirouettes in the black swamp water with maybe a half-inch of freeboard below the gunwale. I had paddled whitewater boats for years but had never seen such grace and athleticism on flat water. I was mesmerized and ­inspired—and I wasn’t going to be satisfied until I could paddle as well as Scott could.

It wasn’t just his skill level that pushed me. It was his intensity as well. Despite having a full-time job, three kids, a wife, and aging parents who live nearby, he can summon a Churchillian focus on the task at hand. Down with the flu? He’d just puke out the passenger door on the way to the swamp. And each new sporting pursuit kicked off a near obsession that left me panting to keep up, be it bowhunting for deer or beagle training or jug-fishing for river catfish.

I had my strengths, of course. It’s not like I’ve just been tagging along all this time. Over the years of our adventures together, near and really, really far, I ran faster than I ever would have without him. I’ve closed the distance in some events. In others, I’m still a quarter-lap behind. Looking back, I’m not ashamed to say that he was simply better than the outdoorsman I used to be.

But thanks to Scott Wood, so am I.