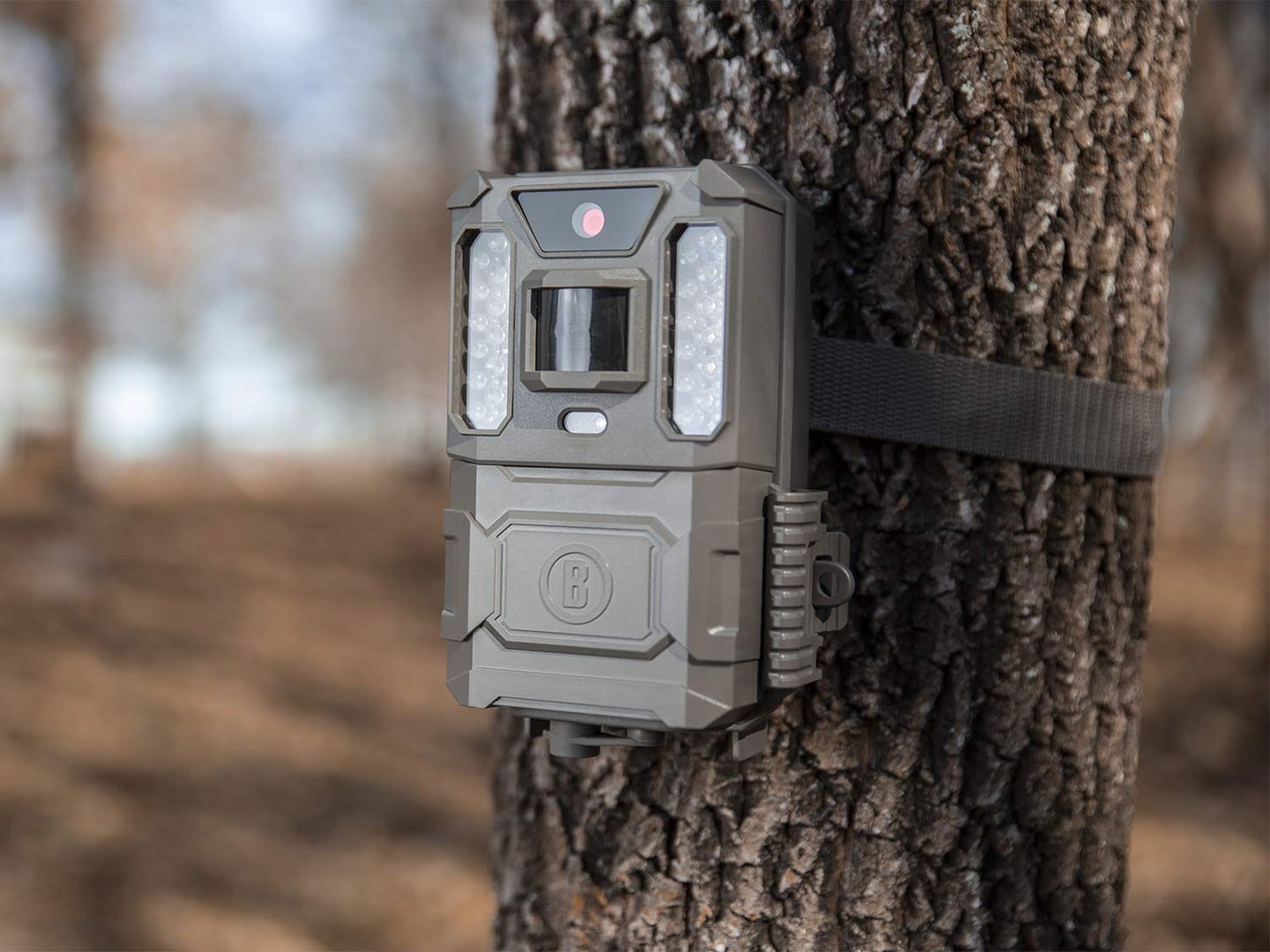 The Best Trail Cameras of 2021

Regardless of how you use them, there’s no denying the benefit trail cameras give to big-game hunters. They’re a game-changing tool. From the whitetail woods of the Midwest to the elk-rich Rockies, trail cams allow us to keep an eye on game 24/7, 365 days a year. Those with access to private land enjoy capturing high-resolution images and video of whitetail deer herds throughout the year. And improvements in camera technology have allowed these hunters to target specific bucks and track herd progress. Those who roam public dirt use trail cameras to flatten the learning curve—to quickly learn where game lives and how that game uses a given area. This year there are still some standard SD-card models, but cellular game cameras that deliver images instantly seem to be the current craze. In no particular order, here are the 10 hottest new trail cameras of 2021 that will help hunters find—and tag—more bucks for seasons to come.

Moultrie’s latest trail cam—the Delta—is a cellular scouter that operates on Verizon or AT&T networks. It features an all-new Illumi-Night 3 sensor with an 80-foot invisible flash and detection range. With roots deep in trailcamology, Moultrie has given its new cellular camera a .35-second trigger, and up to 10,000 images can be transferred on a single set of lithium batteries. These images are uploaded to a cloud-based server that allows easy viewing. And thanks to the Delta’s 32MP HDR sensor with color enhancement, the images are as crisp as they come.

From crank-and-wind film models to digital cams, to those that transport images to smart devices via a cellular network, trail cameras have evolved through the years. But the latest technology always comes at a price. This year, Cuddeback is looking to change that by making cell camera plans more affordable and easier to use. With CuddeLink, they’re allowing users to run two-dozen separate cameras on a $10-per-month plan that provides trail cam addicts with up to 750 images. Better yet, a plan with unlimited images can be had for $30 per month. New Gen 2 firmware gives users complete control over their network, and Home and Remote cameras can be changed from any web browser with ease.

Read Next: 13 Pro Tips For Getting Better Trail Camera Pictures

Ready to appeal to those on a budget is Covert’s WC30 wireless AT&T and Verizon models, the WC30-A and WC30-V. Each Boasts a number of features one would find in cameras with a higher price point including a solid trigger speed, high-resolution images, a 2.4-inch color viewing screen, and a flash that will capture game at a distance. These cameras should really be an asset for public land hunters. Measuring 5.7″ x 4.5″ x 3.2″ and fitted with a pipe-through security port, you can tote a number of them to off-the-beaten-path locales. Both cameras transmit high-resolution images and 720p videos to the Covert Web Portal and mobile app.

Read Next: The Best Cellular Trail Cameras of 2021

The newest addition to Browning’s trusted Defender Wireless Series is the Ridgeline. The best thing about it: invisible IR nighttime flash. This cell cam was designed to provide users with crisp, clear nighttime images without a game-spooking strobe. The Ridgeline will work with AT&T and Verizon coverage, and, of course, amenities like adjustable trigger speed, rapid-fire images, multi-shot modes, programable picture delay, and the like make this camera worth a credit card swipe.

Getting a 2021 facelift is Stealth Cam’s popular DS4K MAX. Naturally, favored camera features like 4K video and a 100-foot flash detection range are back, but now users can enjoy the benefits of a 32-megapixel sensor. That’s enough resolution to not only count points, but the number of whiskers on a deer’s nose. The DS4K MAX is fitted with 42 No Glo IR flash emitters, and the technology-challenged crowd will appreciate the camera’s Quick-Set pre-programmed mode. Of course, numerous custom modes are offered, and burst modes can be set to snap between one and nine images. This trail camera is powered by 12 AA batteries, and it also has an external power jack for a 12-volt battery box.

Another update from Stealth Cam this year is for the Fusion. It’s now paired with the Command App, so users can bank on the transmission of clean images on multiple data plans to fit a wide range of budgets. Best of all, Stealth Cam can solve technical issues remotely, which should ease the anxiety that often comes with a cell cam purchase. Back on the Fusion are fan favorites like the Reflex Trigger Matrix Blur Reduction and Retina Low Light sensitivity.

While cellular cameras may be the current rave, there’s still a demand for quality digital trail cameras that require a card pull. Many states don’t allow cellular cam use—some just during hunting season and some not at all—and these kinds of cameras are more friendly to your bank account. Black Gate’s R4K gives users three shooting modes (photo, video and photo, and video). Trigger speed tests say the R4K has a .2- to .6-second snap time, and 45 IR LEDs help boost image clarity. It also has a wide detection zone that promises more deer captures. Finally, the camera’s 940NM No Glow Technology avoids spooking game, and setup struggles will be nil thanks to the LCD display screen.

Bushnell knows trail cameras, and it’s 2021 Prime Low Glow is a shining example of the emphasis this manufacturer places on quality. This SD-card camera takes 1080p video at 30 fps while recording audio. It has a .3-second trigger that can be manipulated in intervals ranging from one second to a full 60 minutes—making the camera perfect for feeder watch as well as snapping images at well-used trail junctions. The menu was designed to be easy to use, and 36 low-glow LEDs combined with 24 megapixels provide images full of color and detail. The Prime Low Glow has a two-year warranty.

This year Tactacam jumps into the trail-cam arena with a camera built for the masses. Hoping to appeal to those who prefer a walk in the woods to pull a card as well as the cellular crowd, the Reveal can be used as a standard SD-card camera or as a cellular camera through the Reveal App. Monthly plans for AT&T and Verizon users start at $5 per month, and the color LCD screen makes for an easy setup. The Reveal will snap 24-megapixel images of game at up to 96 feet, and adjustable night illumination allows users to get that just-right nighttime setting.

Yes, the Link-S-Dark will transfer your photos via cellular network and store them in SpyPoint’s free app, but that’s not the half of it. The most exciting feature is its battery life. An integrated solar panel and lithium battery work in concert to keep the Link-S-Dark running for months on end. After all, what good is a cellular camera if you’re walking into the woods to replace batteries every few weeks? It also has four flash settings, including Invisible No-Glow, to allow you to customize the current flash level to your liking. The Link-S-Dark has a .7-second trigger speed, a flash range of up to 80 feet, and a detection range of 100 feet.