3 Tricks to Solve Your Wingshooting Troubles

A bad day of shooting usually boils down to one of these common shooting problems. Here’s how to get back on target 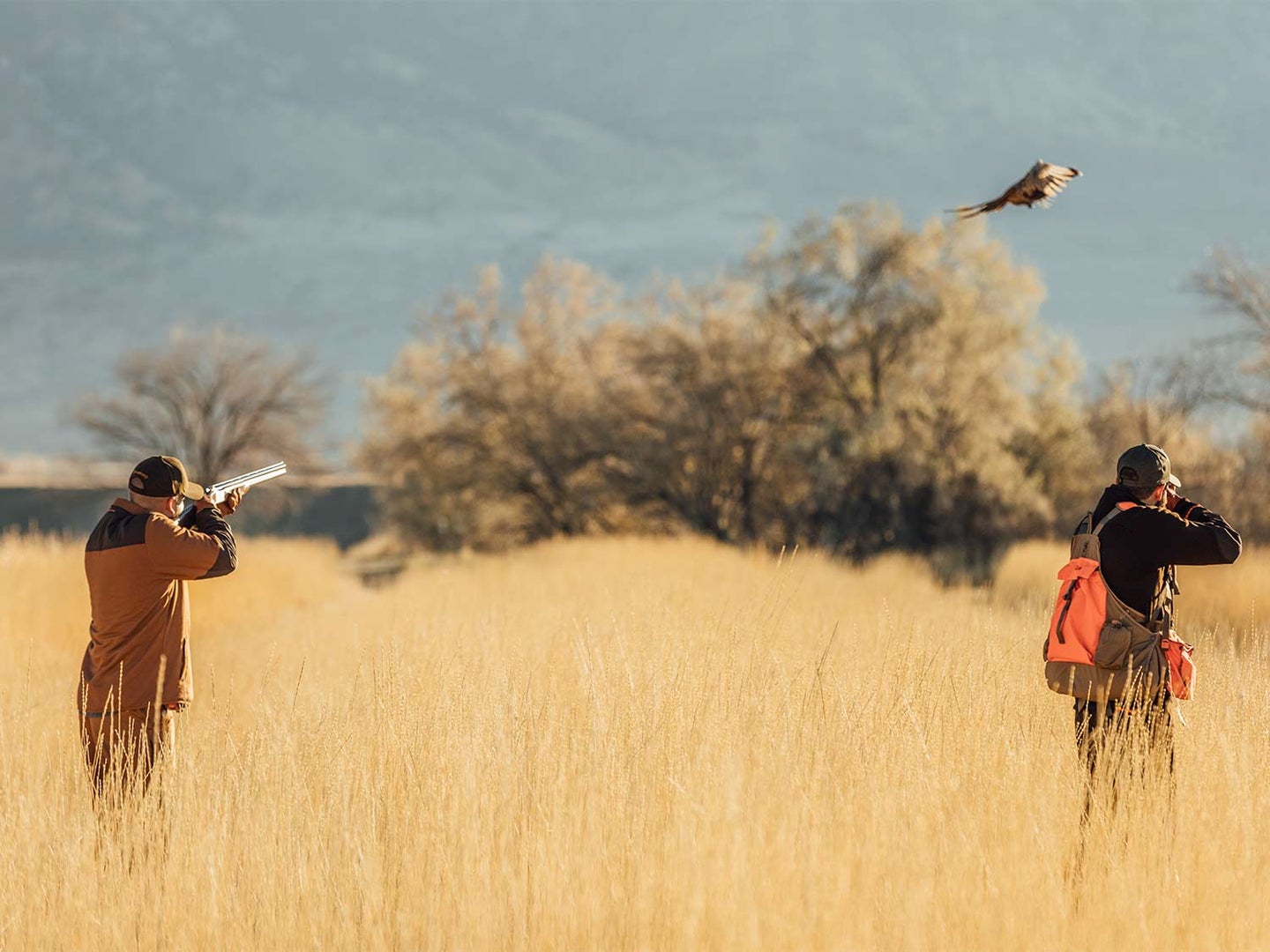 Rooster! Focus on the bird’s head and don’t swing too fast. Browning
SHARE

The Famous Wingshot strode up behind Ike, who had a pheasant pinned in some short grass. I was practically atwitter with anticipation, about to see my idol kill a bird over my dog. The rooster rumbled away like a dump truck in low gear. Bang! Bang! “Damn!” swore my hero, as the bird flew off unscathed. Even the very best shooters catch the occasional case of the bang, bang, damns. Is there a cure for those days when you’d be better off throwing the gun at the bird and keeping the shells in your pockets? Yes, if you take the advice of Gil Ash, who runs the Optimum Shotgun Performance Shooting School in Houston. Here are his three keys to getting back on target.

All of us have watched a duck, goose, or dove fly across the field, growing from a tiny speck into a fat and tempting target. You’ve emptied your gun and seen the bird travel on. Yet you know that you saw the correct amount of lead in front of the target.

“If you knew the lead was right, you were looking at the barrel. Looking at the barrel is the root cause of most misses,” says Ash, who has seen thousands of whiffs. “The instant your eyes leave the target and go to the bead to double-check your forward allowance, the gun stops and you shoot behind.”

On the other hand, we’ve all dropped birds that streaked in from nowhere, taking us by surprise. You made that shot because you maintained 100 percent visual focus on the target and let lead take care of itself.

“Be precise with focus and sloppy with lead,” advises Ash. The tighter you can lock your eyes onto a bird’s head, the more likely you are to put the gun in the right place. Don’t worry about exactly how much to lead the bird because the 30-inch spread of the pattern gives you a wide margin of error. The trick is putting that pattern in front of the bird, not behind it.

Let’s say you’re standing in a dove field with a heap of empties piled around your feet and little to show for it. No matter how quickly you move the gun, the doves are quicker. The problem? You’re probably swinging too fast. “Your eye is drawn to the fastest moving object in your field of vision,” says Ash. “When the barrel outraces the target, your eye goes to the gun, your swing stops, and the bird gets away.”

Instead of whipping the muzzle ahead of the birds, you need to match your gun speed to the velocity of the target. Try this: Put the gun down. Take a deep breath. Watch the next three or four doves without shooting at them. When you pick up your gun again, move it in time with the birds; as if by magic, those rocketing doves will appear much slower.

3. Don’t mount your shotgun too quickly.

Rushed gun mounts save the lives of countless gamebirds every year. “Don’t move the gun until you see the target,” says Ash. “People hear a bird’s wings, throw the gun to their shoulder, then start looking. That’s why novices hit with the second shot if they hit at all—they mount before they see the bird, miss, then lock their eyes onto the bird and hit it.” When a bird gets up at your feet, don’t panic. No bird alive can outfly pellets traveling at 900 miles per hour. Focus on the bird’s head first, then move the gun. You’ll kill it every time.