How a foul-mouthed, chain-smoking lady became one of the author’s closest friends 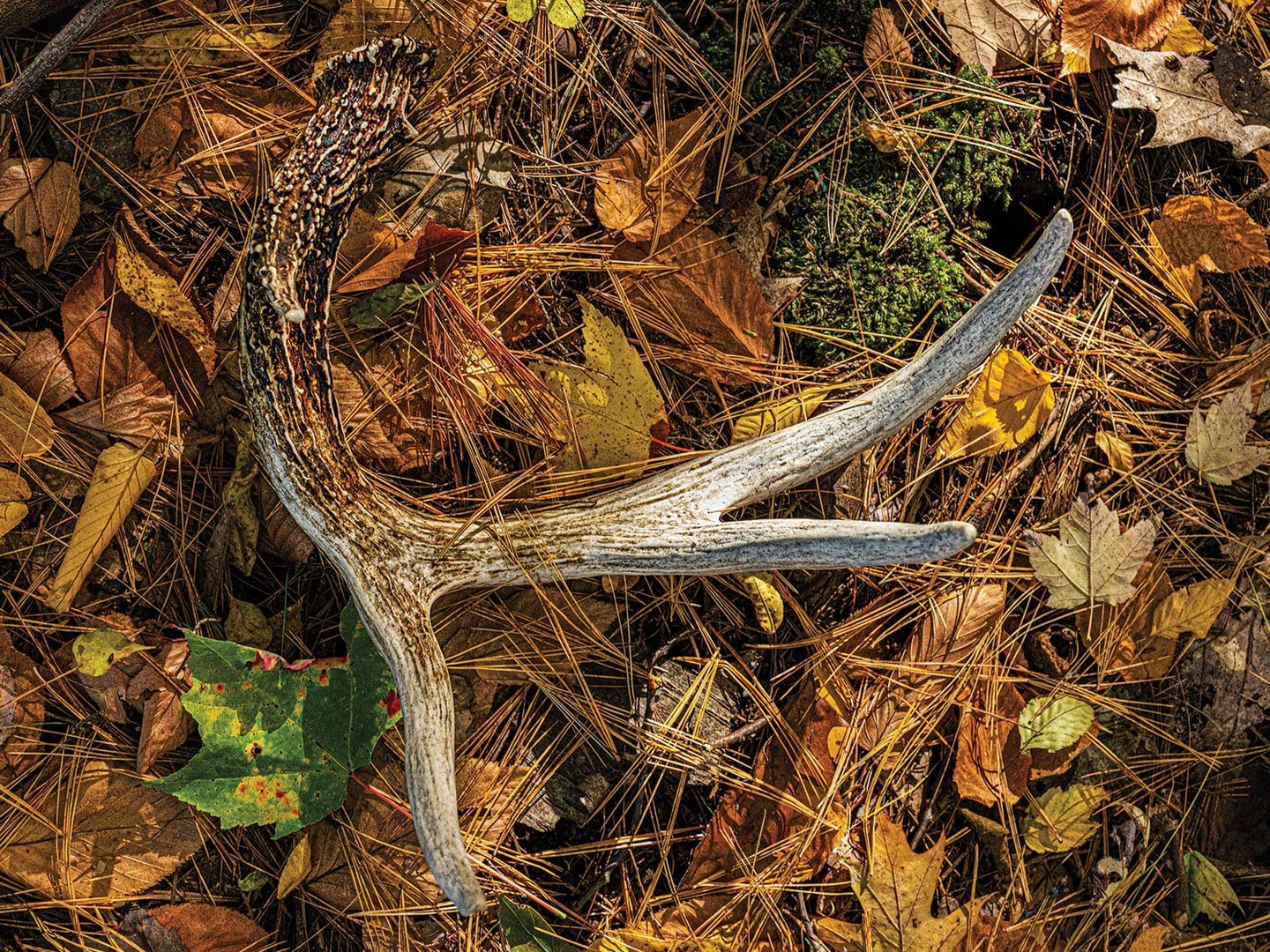 The right-side shed antler of a whitetail buck lies hidden in leaf litter and pine straw—there for the taking. randy harris
SHARE

My friend Paula Smith is helping me look for the mate of a shed antler that I found two days ago on a hillside in these thick woods that back up to a fence and the four lanes of Cabin John Parkway inside the D.C. Beltway. I’d found the left side, a beige 5-point antler with pretty good tines and decent mass. It was big enough to set the hook and get Paula out here to search with me. Now, of course, she’s irritated. Paula and irritation go together like pie and coffee.

“Dammit, Heavey, slow down!” she gripes. “No wonder you can’t find it. You’ve got the attention span of a housefly.” She starts making slow sweeps across the hillside, pointedly traversing ground that I’ve already covered.

How a woman I once thought might be homeless and crazy became one of my closest friends is something I’ve never fully understood, but that’s what happened. She’s not homeless, it turns out. Crazy? Maybe, but it’s a crazy I understand. For her part, Paula definitely thinks I’m nuts. “Heavey?” I once overheard her say into a phone. “Oh, yeah, he’s six kinds of strange.” Maybe that strangeness is what we recognize in each other. We’re both outsiders, never in the center lane. Like deer, we’re drawn to the edges of things.

I first knew Paula as the foul-mouthed woman who dressed like a man and ran the dock at Fletchers Boathouse just off the Potomac. She always wore an M65 field jacket, jeans, and heavy boots, her hair tucked beneath a battered Tilley hat. Mothers with kids would ask her to watch her language, and Paula would apologize and promise to do better. Two minutes later, she’d be cussing again. She doesn’t mean to be rude. She doesn’t have full control over the circuitry between her brain and mouth. It’s the same with her emotions, which toggle unpredictably.

“I’m not happy,” she’ll announce on a fishless day out on the river. Then she’ll sit glowering at the ­water from the rowboat, in an active state of unhappiness, until something—maybe a cormorant nearly crapping into another ­rowboat—cheers her up. There’s no sentimentality in Paula, but neither is there malice.

We take a short break at the top of the hill. “It’s got to be here,” she says. “Isolated spot like this. They can bed down with the wind to their backs, good view upwind…. They’ll sit tight all day.” She lights a cigarette and scans the ground where we’re standing. “You just got to slow down and look.” She leans over and picks up a sliver of wood, which turns into the smallest shed antler I’ve ever seen, a single slender beam about 4 inches long. She hands it to me wordlessly and turns away. Later, I’ll make it into a key fob that I still carry.

“Now we start over,” she says and trudges back down the hill, glancing over her shoulder. “And slow the hell down, OK?”

Paula took to the woods in grade school as a refuge from the chaos of alcoholic parents and too many siblings. At an age when I still needed a flashlight to go to the bathroom at summer camp, she felt perfectly comfortable alone at night in the woods. She went to visit a girlfriend in New York when she was 17 and never returned home. For a while she made good money exercising racehorses at Aque­duct and Belmont, and later she ran a print shop with five employees. But she became an alcoholic, fell afoul of the IRS, and ended up in D.C., hanging out with the river rats who have always sought out Fletchers.

Paula quit drinking cold turkey, on her own. She pestered the guys at Fletchers until they gave her the most thankless job at the place, running the dock. Always enterprising, she found it the perfect cover for her real business of selling fresh herring under the table to the local catfish anglers.

I once asked one of the Fletchers guys about Paula’s bait business. “Ah, the Pablo Escobar of herring,” he said knowingly. “But she keeps the boats clean.”

She got out of the bait-­selling business after the simple possession of herring was made illegal. “What can I tell you?” she said, like a character on The Wire. “Things got too hot.”

We cover the hillside and find nothing. I’m thinking maybe it’s not here. Paula’s thinking we didn’t look hard enough. “Show me again where you found the first one,” she says, and starts circling outward in a spiral pattern from there.

About 15 years ago, I began fishing with Paula and her landlord, Gordon, and they began inviting me for dinner. Then I started inviting myself. Eventually, I discovered ­Paula’s soft spots. She usually has a “pet” bunny or two that appear every evening for apples and lettuce. If one stops showing up, she frets. “I’m afraid a fox got him,” she’ll say. “It’s been two days now.”

She’s a loyal friend, which counts for a lot. In my grief over losing my daughter, Lily, and in the darkest days of my divorce, Paula was one of the few who kept regular tabs on me. At a time when I felt like I could have walked over wet concrete without leaving footprints, she was one of the only tethers I had left to Earth.

Polite friends tell you to call if you need them. Real friends come after you. “This is Paula Smith,” she’d say, as if anyone else had that tobacco-cured voice. “You dead or what? Been a while. Why don’t you come for dinner? We’re having dead-deer stew.” I’d go, taking a bottle of wine to drink with Gordon, and a bottle of Martinelli’s sparkling cider for Paula.

She shouts from near the fence and holds something up. It’s the mate, the right-side antler. I bushwhack over. “It was nearly buried in leaves. He must have brushed it against the fence.” I ask what made her look so hard right here. “Look for yourself,” she says. “Only fresh browse around.”

She’s right, of course. The road margin beyond the fence gets mowed, making the sunlit edge a natural spot for fresh greenery. “You pay attention, you find stuff,” she says. “Let’s get out of here.”

There’s nothing in the woods that holds any fear for Paula. But the thought of being stuck in rush-hour traffic terrifies her. She’s a little crazy that way. But it’s a crazy I understand. So we go.