What Happens When Yankees Deer Hunt with Rebels? 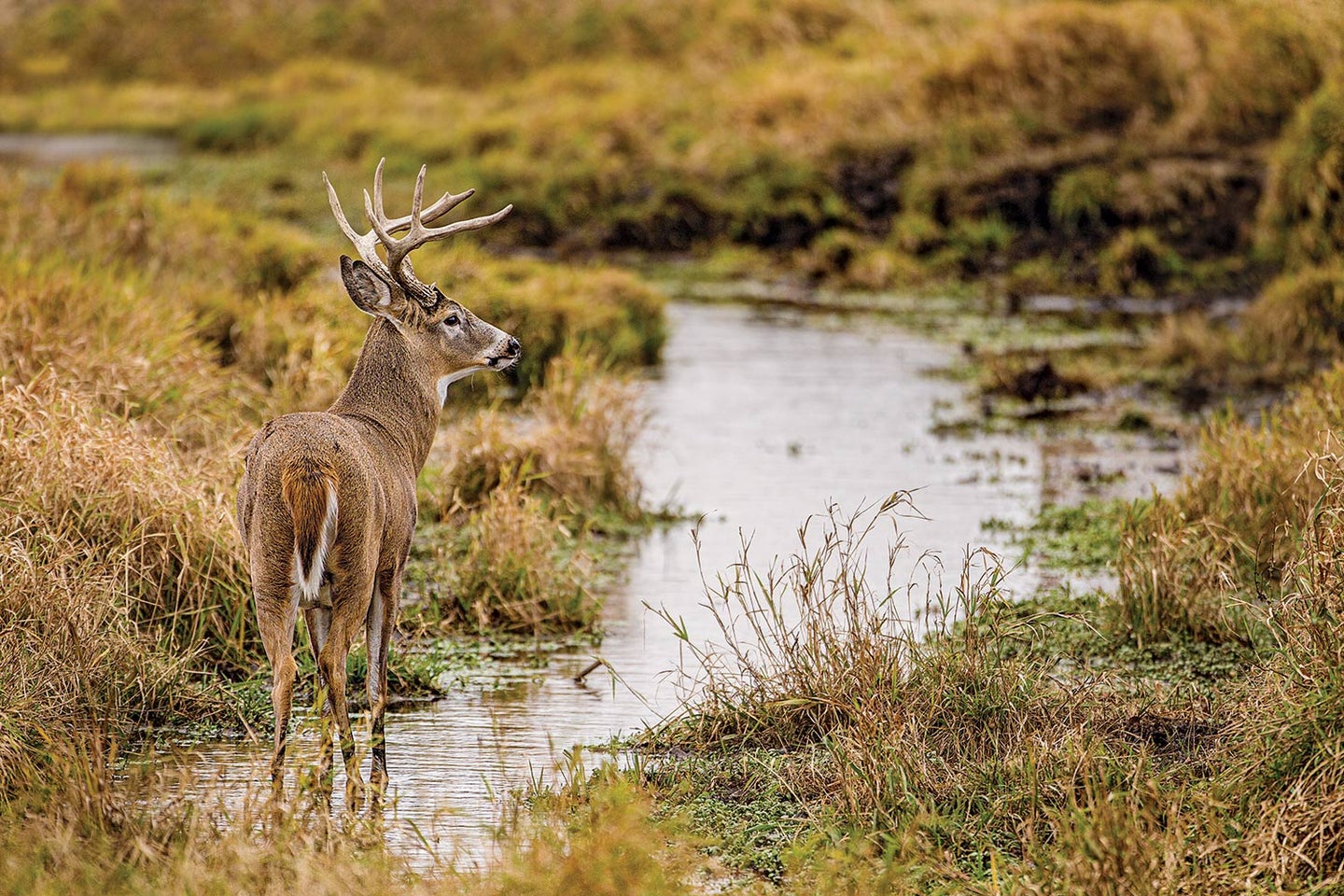 An 8-point buck emerges from a wooded swamp and sneaks along an irrigation ditch toward a beanfield for the evening feed. Lance Krueger
SHARE

I met George Herron at the Knifemakers Guild Show in Kansas City, Missouri, in 1975. George was a presence, over 6 feet tall, with a massive gut, cold blue eyes, slicked-back graying hair, and a trademark Cuban shirt that tried to contain the gut. His voice was a gravelly bass, the drawl of northern Georgia from whence he came. It was an unforgettable voice that I can still hear.

If you were a friend of his, he would never call you by your given name. He would invent a name for you. In my case it was “You Yankee,” as in “You Yankee, you eat grits?” I think he tolerated me because I was very fond of grits with cheese, and because I could shoot.

George began making Randall copies in the ’60s as a hobby, selling them for $25 apiece. His fellow hunters, who thought that was too much, said, “Boy, you charge $25 for a damned knife? Are you crazy?”

He took this to heart. Long after collectors had started grabbing up his work, he refused to charge more than $150 for a standard fixed-blade knife. Today, these knives go for around $1,000. By the mid-’70s, George had created a style of his own that became known as the South Carolina School of Knifemaking, which is now itself widely imitated.

In 1983, George invited me to hunt in South Carolina, where he lived, and I did that for about 20 years. The best way to hunt that part of the world is from a treestand. You climb up in total darkness and watch as the sun rises and things take form. The deer appear as if by magic, and the process of watching a swamp or a beanfield emerge from night is itself magical.

George was supremely gifted. “I can make my hands do what my mind sees,” he said. If he saw that ability in other people, he would take them into his shop and educate them. On one occasion, he tried teaching me. I explained that I was as untalented as he was talented, but he wouldn’t hear it. My efforts produced a look of horror and disbelief on his face that I haven’t seen equaled since.

George had served as an Army Ranger in the ­Korean War, and he was close-mouthed about his time there. Judging from the bits and pieces that I gleaned, he had used up all his luck in the Land of the Morning Calm. On one occasion, he was looking through a closet for something, and I saw his dress uniform. It bore the stripes of a sergeant first class and the ribbon of the Silver Star. He refused to say one word about it.

Propped in a window of his shop was a battered Fairbairn-Sykes commando dagger. I asked him what it was doing there, and he gave me a description of what it was like to kill a man with one.

Once, I came down to hunt after a hurricane had splintered and uprooted all the big trees where he lived. He said, “It was like an artillery barrage. Just a few seconds and everything is destroyed….” And his voice trailed off. God knows what horrors he saw in his mind.

George’s health failed not long after the turn of the century, and he died in the winter of 2007. A couple of years ago, I was visiting with a sheath-maker friend, and he got to talking about George, and how much he admired his work, and how he could never afford to own a Herron knife now.

On the drive home, I was thinking about this, and it occurred to me that I had a number of $150 Herrons, and that I could spare one, and then I could hear George’s voice in my mind’s ear. It said, “You Yankee, send him the damn knife.”