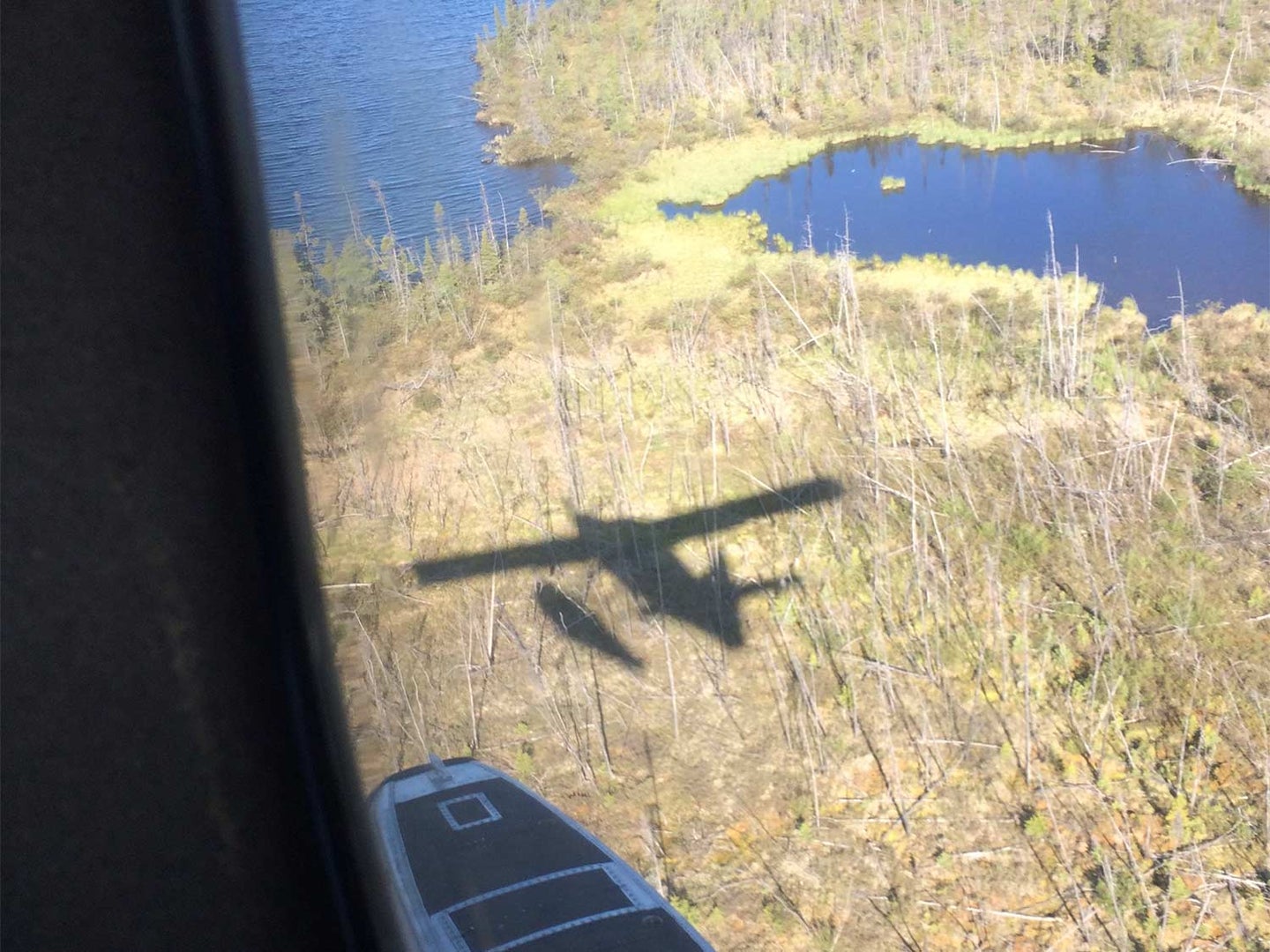 There is no better way to access the most remote fishing spots than from a bush plane. Field & Stream

This story was first published in March 2003.

I’M 57, and as much as I hate to admit it, I am not a prime specimen of my particular model (6-foot 1-inch male) anymore. If I were for sale on a used-people lot, I’d be parked back by the chain-link, half covered in kudzu.

The de Havilland Beaver, that most stalwart airplane of the Canadian bush, is two years younger than me, born in Downsview, Ontario, on August 16, 1947. With all the advances in aviation in the last half century, you’d think the Beaver would be at least as obsolete as I am.

Between 1948 and 1968, when it went out of production, 1,692 Beavers were built. More than 1,000 of those are still flying, and every year a few old air frames are recovered from Central American jungles or African dust bowls, refurbished, and made to fly again. There are more Beavers in the air today than there were 10 years ago, and Beaver aficionados predict that there will be even more Beavers flying 30 years from now.

The Brilliance of the de Havilland Beaver

The Beaver’s original design was so perfect that the few legitimate modifications and improvements to the aircraft that have come along have done little more than gild the lily. “There isn’t a better mousetrap,” says Russell Bannock, the Beaver’s test pilot on that auspicious August day in 1947 and eventually the head of de Havilland of Canada. “It’s designed as a STOL aircraft (short takeoff and landing) to get in and out of small lakes and short strips, and it was designed right from the start. It’s a marvelous aircraft to fly.”

The Beaver’s brilliance is a blend of pragmatic design and solid engineering. She needed power, so she was equipped with a 450-horsepower, nine-cylinder, 985-cubic-inch, air-cooled Pratt & Whitney Wasp Junior radial engine-a proven power plant first produced in 1929. She needed lift, so she was fitted with 48-foot wings, providing 250 square feet of surface. She needed cargo capacity, so she was given four doors, the rear ones wide enough to accommodate an oil drum.

She came with a 9-foot, two-bladed prop that gave her an unmistakable roar and ailerons that drooped as the flaps were extended; both contributed to her ability to fly slowly and safely and to get in and out of tight places. She was all metal, a first for a bush plane. And she was made to do the impossible-clear a 50-foot object in 1,000 feet on takeoff or landing.

“The U.S. Army was very interested in the Beaver, and I flew one against a number of aircraft in head-to-head evaluations,” recalls Bannock. “The first test was against a Cessna 195 on floats. When the Cessna first broke the water, I was at 300 feet in the Beaver.”

The Army and Air Force were so impressed that over the years they ordered close to 1,000 Beavers on floats and on wheels. In Korea, the Beaver served as a flying ambulance and as a troop transport. Ultimately, the Beaver would be sold to 65 countries as a military utility aircraft, as a short-haul transport, and as a civilian bush plane.

Then, slowly, Beavers began to come home. As Beavers were decommissioned from military service around the world or simply wore out their airframes were recovered and shipped back to the Pacific Northwest, which had become the epicenter of the Beaver refurbishing industry.

Consider the long happy life of the 86th Beaver off the line. It was delivered on November 11, 1950, to South Africa, sold to Air Malawi and then to Central African Airways, somehow got to a pilot in California, and is now still flying, at age 52, in Alberta, Canada.

With minor structural reinforcement and some weight-saving moves (using a light three-blade prop and a new, efficient battery and alternator can save 150 pounds), a rebuilt Beaver today can carry almost twice the load for which it was originally certified.

The Best Bush Plane for Adventures

The ability to haul huge loads and to get off the water in 560 feet and land in 500 is why lodge operators and back country fishing and hunting outfitters love Beavers. A Beaver is certified to fly with a canoe strapped to its floats. Beavers have been known to carry, among other things, lumber, snowmobiles, hot tubs, sheets of ply. wood, trail bikes, and propane cylinders. Not to mention lots and lots of guns. The bush pilot’s rule of thumb is that if a Beaver still floats after loading, it will fly.

And keep flying. Notes one pilot, “Everything that’s gonna fall off has fallen off,” a reference to the Beaver’s 50-plus years of experience. And even when something does fall off, the plane is apt to stay in the air.

The utilitarian Beaver also has a certain snob appeal. In the Korean War, before the widespread use of helicopters, military brass of the shiny-star variety so coveted the Beaver as personal transportation that it became known as the “General’s Jeep.” And today a Beaver on floats is the latest toy of the moneyed set, sort of a Humvee of the air. Paul Allen, cofounder of Microsoft, has a Beaver that reportedly cost $500,000.

My last flight in a Beaver was on Glacier Bay in Alaska. I’d finished a kayaking trip and stood on a gravel bar with three other paddlers, when a floatplane swooped down and landed in front of us. The Beaver is a big plane, over 30 feet long and 10% feet high on floats. When this one taxied to shore and the infernal racket of its prop finally stopped, I expected to see a burly bush pilot step out onto the struts.

Instead, a 19-year-old with pimples, no more than 140 pounds in his rubber boots, T-shirt, and torn jeans, emerged. “Howdy,” he said, pulled the plane up on the beach, and began to load our gear.

When we were aboard, the kid fired the engine and started looking for an ice-free 300 yards of water for takeoff. Little 500-pound glaciers bobbed here and there across the water’s surface like ice cubes in a giant’s cock tail. The kid stretched his pencil-thin neck over the cowling and stomped on the rudder pedals, left and right, left and right, weaving around bergs. “I think we can make it here,” he finally said.

He thinks, I thought, and said a prayer. More prayers have been said in Beavers than in most churches.

The prop roared, the plane lurched, and the floats came up on their steps. Before I got to “Thy Kingdom come, we were airborne. The kid looked over at me and grinned. “Told you we’d make it,” he said.

If that kid lives long enough to reach the exalted status of Old Pilot, there’s a good chance he will still be flying Beavers, possibly the same one. “I would not be surprised,” says Russ Bannock, “if some Beaver is still flying at the age of 100.”

Oh, to have been born a Beaver.