Long after their last adventure together, the author still speaks to his elk-hunting buddy 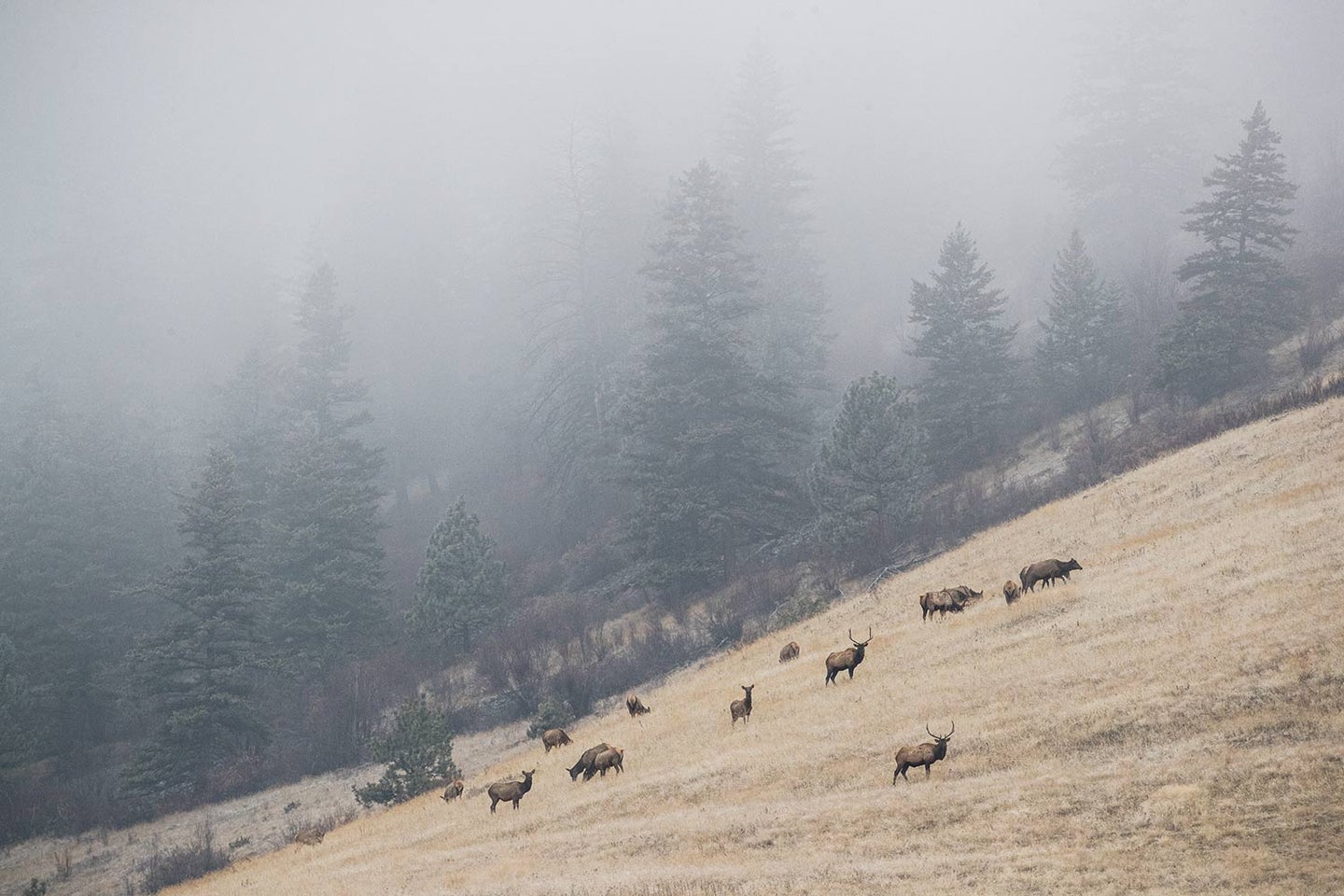 Elk appear from a shroud of fog to feed in a mountain meadow. Donald M. Jones
SHARE

I met norm strung in November 1971, after he’d issued an invitation to staff members of the outdoor magazine for which I worked to hunt elk with him in Montana. He had moved to Big Sky Country in 1959, put himself through college, taught college, and made a considerable name for himself as an outdoor writer. I had stayed in the East, gotten through college, joined the Army, taken an editing job, and was doing my damnedest to make a name for myself.

I discovered on that hunt that one does not go after elk if one is flabby and short of wind. I also discovered I loved elk hunting. And Norm and I discovered that we were born only 45 minutes apart on the same day.

The two of us communicated on an odd level. For long periods of time, we didn’t speak at all. For example, during a 31⁄2-hour truck ride from Forsyth to Bozeman, one of us said, “Piss?” and the other said, “Yeah.” And that was the entire conversation for the trip. Other times he’d start a sentence and I’d finish it, or vice versa.

And so we hunted together, and were friends, for the next 20 years. Our one bone of contention was smoking. I detested it, and Norm was a three-pack-a-day man. The last time I ever saw him alive was when I came out in the late fall of 1990, and he looked awful.

We had our usual argument.

“Those things are going to kill you,” I said.

“Tobacco has been a good friend to me,” he answered.

What neither of us knew was that Norm’s good friend was ­already taking his life.

In April, he was diagnosed with inoperable esophageal cancer. He was spared nothing. After a while, the morphine could no longer hold the pain at bay, and he had nothing to look forward to but a few more weeks of agony, so he got a revolver, walked to his favorite trout lie, and cut his suffering short.

One of the lessons that life teaches is that you are obliged to go on. The next year, I was hunting in Colorado and watched a herd of elk, far out of rifle range, pouring through a clearing. It was more elk than Norm and I had seen in two decades of hunting, and I decided to tell him so.

He didn’t answer, but I thought he heard me, so I kept up the practice. Wherever I went with a rifle, I kept him updated. Just before Norm’s good friend and neighbor, Sam Curtis, died of lung cancer in 2009 (after 34 years of not smoking), he called to say goodbye. I wished him a good journey and said that when he found Norm, to tell him to watch his backtrack because I would be catching up.

Probably it’s all sentimental foolishness. There are no listeners in the afterworld, or post-departure messages to be given and received.

But what else are we left with?

This story was written on our 78th birthday.