Ducks, geese, pheasants, and more are fully feathered and ultra-wary by the late season. Here are the best shotgun loads for putting these tough birds in the bag 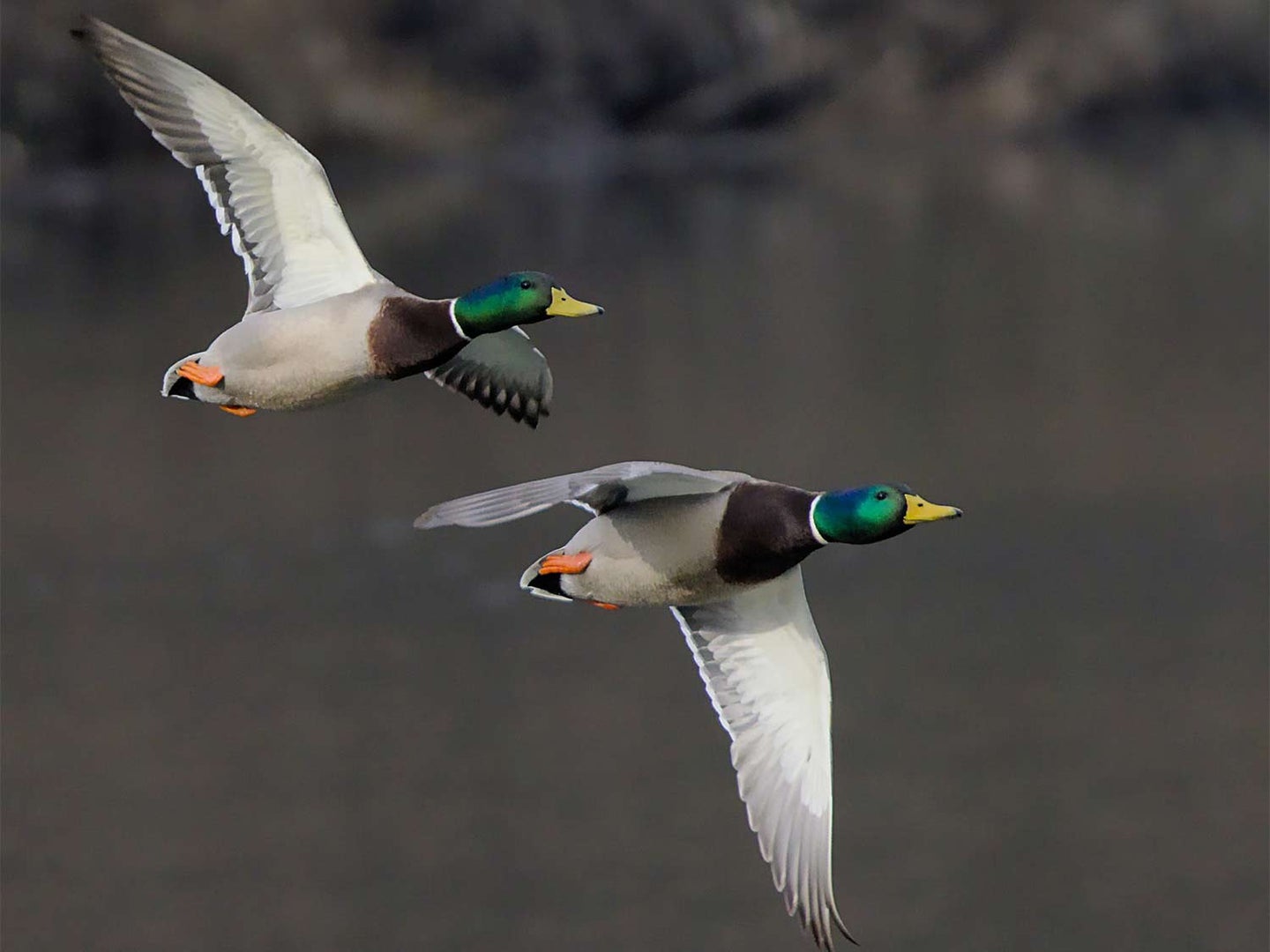 A pair of late-season mallard drakes bank toward the decoys. DerWeg from Pixabay
SHARE

Late-season game birds are different animals than the naïve pushovers of opening day. Bigger, fatter, fully feathered, they’re tougher than they were just a few short months ago. And they’ve learned their survival lessons the hard way. They’re skittish and tough to get close to.

The end of the season brings frigid weather, too. Dense, cold air slows pellets and opens patterns. Cold cuts both ways, though. Extreme weather can make upland birds sit tighter and waterfowl hungry enough to lose a little caution. The late season can be the best hunting of the year, if you’re loaded up for it.

Here, in my opinion, are the best shotshell loads for winter ducks, geese, pheasants, grouse, and quail.

Trust Minnesotans to know how to make ammunition that works in bitter cold. Already one of the very best affordable steel loads, Federal “Blue Box” Speed-Shok shells recently got an overhaul. Federal switched to a faster, cleaner-burning powder and their lead-free Catalyst primer, improving ignition, especially in cold conditions. Go with the 12-gauge 3-inch loads of No. 2 steel, at 1450 fps, for late-season ducks of all sizes. This shot size is big enough for mallards and yields a high enough pellet count for any greenwings that buzz the decoys, too. In the worst late-season weather, these shells will go off, and they will not fail you.

Late-season ducks are fully feathered and colored up. If you’re after a duck for the wall, now is the time to shoot it. You want a load that’s light yet effective, and nothing fills the bill like TSS 9 shot, which hits hard and leaves only tiny pinprick holes. Boutique ammo maker Apex was the first to offer commercially loaded TSS, and their 20-gauge, ¾-ounce load of 9s isn’t cheap, but neither is good taxidermy. You may as well spend the extra money to be sure your mounter’s feathers stay unruffled.

“Sky pandas” is not my favorite term for giant Canadas, but it accurately evokes the size, fatness, and fluffiness of a late-season honker. The best way to kill these birds cleanly is to decoy them close and shoot them in the head. Failing that, you’ll need to choose big pellets to have a chance of driving them through the breast and bone to reach the vitals.

My standard steel load remains Winchester’s 12-gauge DryLok Super Steel with an 1¼ ounces of BBs at 1450 fps. While I don’t like shooting 3½ shells, my hunting partners often do, and I can see why. The 3½ inch Super Steel load contains an extra ¼ ounce of shot and is 25 fps faster. You can either go bigger and higher-energy with BBBs, or stick with BBs and hope the higher pellet count increases the chance of a hit to the head, neck, or vitals.

HeviShot 12-gauge 1350-fps goose loads let you have your cake and eat it, too, although it’s a pricey cake. Dense enough to penetrate a Canada’s body, HeviShot 4s are also numerous enough to increase chances of a hit in the vitals. I used to shoot them with good success on geese near and far, and 2s might be an even better choice.

Every year, pheasants surprise me again with their toughness and their elusiveness as cripples. Compounding the problem is that most shots at pheasants are taken at birds going away, by far the worst angle for making a clean kill. My approach is to pass up all but the highest-percentage shots, but I live in decent pheasant country and can hunt a lot. Coming home empty-handed doesn’t bother me. If it bothers you, Fiocchi’s 12-gauge Golden Pheasant load is what you want. I’d pick No. 4 shot for the coldest days. Loaded with 1⅜ ounces of nickel-plated, hard lead shot launched at 1250 fps, Golden Pheasant delivers plenty of punch and patterns well.

If you have to (or prefer to) hunt pheasants with nontoxic shot, try Boss bismuth. This season I’ve enjoyed good results with the Boss 3-inch 20-gauge loads of 1⅛ ounces of copper-plated bismuth 5 shot at 1350 fps. They have been hard on pheasants but easy on my teeth, as bismuth shot tends to crack when you bite down on it. I shoot the 5s because I often encounter quail, but if you’re after pheasants only, 4s or even 3s might be even better.

Late in the season, the leaves are down, the woodcock are long gone to Louisiana, the deer hunters are done, and it’s just you and the grouse left in the woods. You’ll be able to see, and to shoot, much farther then you could in the full foliage of October. Grouse aren’t especially tough, but they are skittish, and it doesn’t hurt to be able to reach out. Kent loads its 20 gauge FastLead shells with an ounce of hard, nickel-plated diamond shot and launches it at 1250 fps. Go with 7-1/2s for the first shot and 6s as a backup.

You may travel to the southwest to get away from the cold, or you may live there. In either case, you’ll find late season Gambel’s and scaled (blue) quail don’t play particularly fair. Even bobwhites lose their manners after a couple of months of getting shot at.

Your 12-gauge may not be welcome on a Georgia quail plantation or a Texas bobwhite ranch, but it’s not a bad choice anywhere else. Load it with a high-quality 1-1/8-ounce target load of hard 7½ shot. If you are shooting a 20, go with a full 1-ounce sporting clays shell also in 7½ shot.