Why Do We Keep Going to Hunting Camp?

Even when we no longer expect to get a deer, even when we are too old and banged up to hunt like we used to, we go. And the reason is very simple 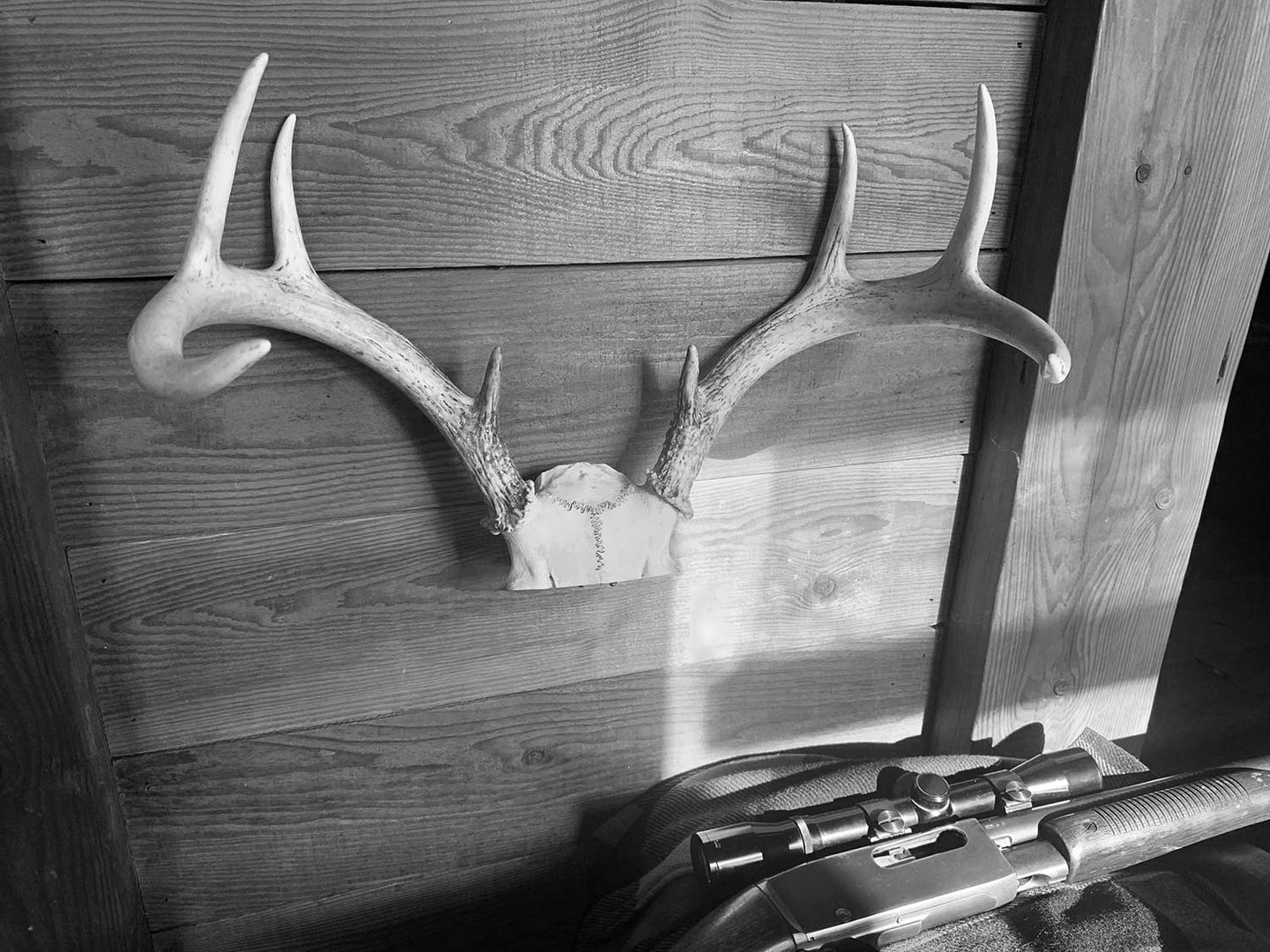 Hunting camp is where we can be ourselves. Dave Hurteau
SHARE

By a quirk or two of fate, I belong to a group of elderly deer hunters that calls itself the Third Week in November Club. There are twelve of us, and for 30 years we gathered in northern Maine in the third week of November to hunt the elk-sized whitetails that inhabit an 80,000-acre chunk of timberland. Access to this real estate is controlled by a gate, monitored by a gatekeeper, that admits only us, and logging trucks.

The people who control the property refuse to take money from our group. We give them a check at the end of the hunt, but it’s made out to Wounded Warriors. The cooking is done by a nice lady from the nearby town who is a whiz in the kitchen and who regards us as her wayward children.

We do not get a lot of deer. The forest is poor in what it provides, and is much better suited to moose, which are thriving. In a decent year, we put three deer on the pole. Five is exceptional. For the last three years, the pole has gone empty.

I said that we assembled in the third week of November. No longer. It is now the first week. By the third week, northern Maine is so bitterly cold that people who range from their late 60s to nearly 90, which is us, can’t endure it. Which brings us to my point.

We have no business doing this any more. We are simply too banged up. Two of our number can no longer sit in a stand for the required eight hours, even when it’s not 10 degrees above zero. All of us hobble and gimp. Just about everyone has gone through a couple of major surgeries. One fellow needs an operation but has to wait until his wife is done with her turn in the OR.

Sometimes it’s more serious. One of our number, who wears a pacemaker and a defibrillator, was awoken at 3 AM of the first day by a terrific pain in his leg. The camp manager got him out to the nearest paved road, which is 14 miles away, and he made it to a hospital, where the pain was found to be caused by a blood clot, which would have killed him if it had reached his heart. He spent his deer hunt in the hospital.

The gate to the camp was tended by a nice old fellow named Keith. Keith was a Vietnam vet, and when I went to work on my blind two weeks before camp opened, we had a talk about all the fun we had in the Army. Just after camp closed, Keith fell in the gatekeeper’s cottage, and the fall did what neither the Vietcong or the North Vietnam People’s Army of Liberation was able to do. It killed him.

So, add in the current Plague and we have no business being there. We have decades of memories, and we won’t starve if we don’t get a deer, and that should be enough. As they say in the South, it’s time to piss on the fire and call in the dogs, ‘cause the hunt’s over.

And yet there isn’t one of us who would not drag himself off his deathbed in order to make the next season. The reason is, I think, that if we pare down what we are to the core, we would sum ourselves up by saying “I’m a hunter.” Not a bank president, or a writer, or a college administrator—a hunter.

Take that away and we’re nothing at all. If you’re not a hunter, this makes no sense. If you are, you’ll understand perfectly.