One of the best parts of hunting is the delicious, nutritious meals that come afterward, as long as your favorite cook has the tools to do it right. 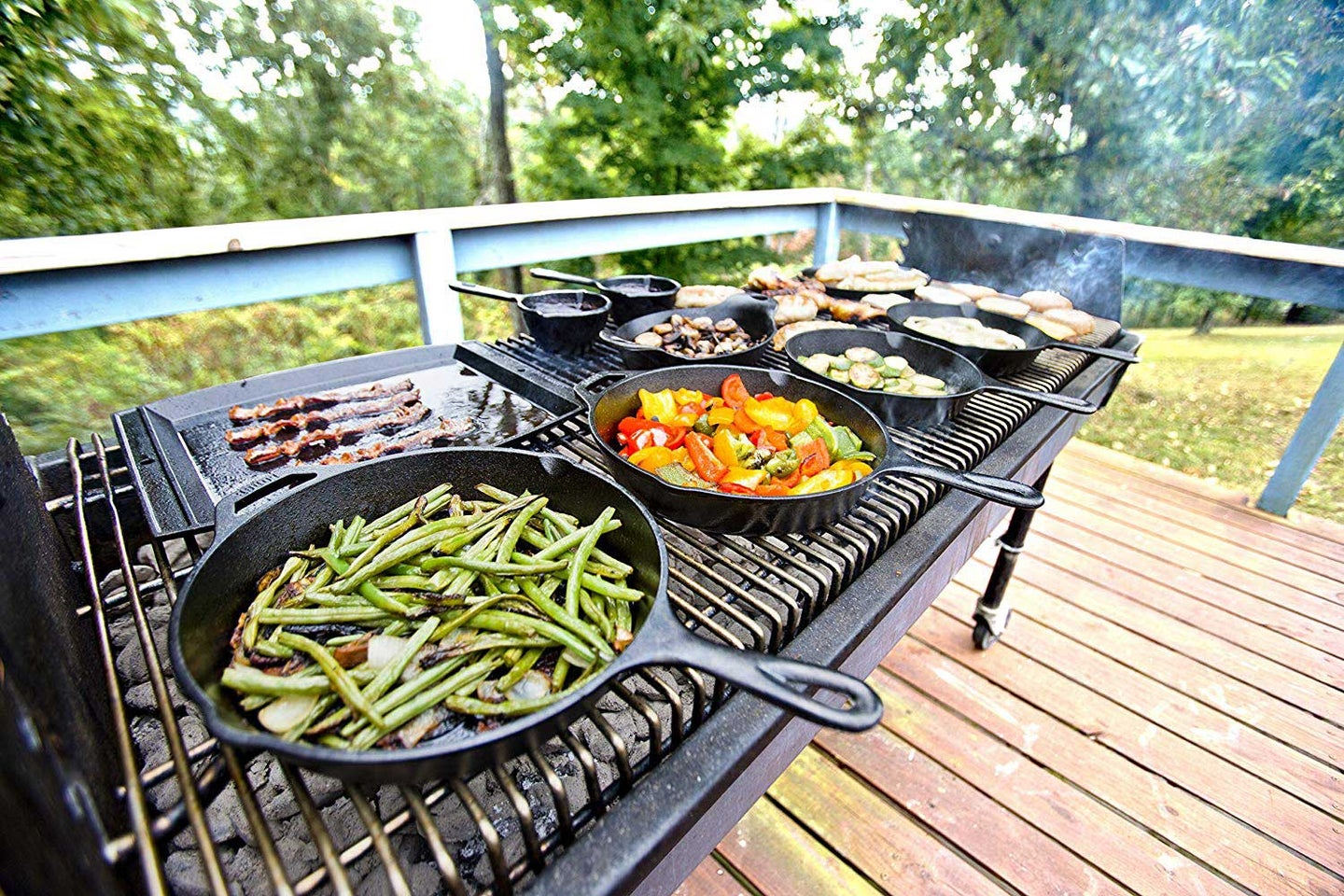 A selection of appliances and cookware can help anyone prepare a wild-game feast that’s out of this world. Lodge
SHARE

Some hunters hunt for the thrill of it. Some hunt more to get away from the hustle and bustle of everyday life and enjoy all that nature has to offer. Still, others hunt mainly for the lean protein that most game animals provide. For some hunters, cooking wild game is their favorite part of the hunting process. If that describes someone you know, you won’t go wrong with these three gift ideas.

Get someone a sous vide, and you’ll never eat an overcooked venison steak again. For some people, that reason alone is enough to run right out and purchase one. For all wild game, and especially venison, overcooking probably causes more sub-par meals than any other factor. Since venison is extremely lean with very little fat, overcooking it even just a little bit dries out what little moisture was in it starting out. In a sous vide, anyone can cook a deer steak to the exact temperature they want it, then toss it on the grill for a few minutes to brown the outsides a little. While many wild game cooks haven’t discovered sous vide cooking yet, those who have use one quite often.

Cooking wild game on the grill is probably the most popular way to prepare it, whether birds or venison. There’s no better way to prepare doves than to put a slice of jalapeno between two slices of breast, wrap it in bacon, pour some Italian dressing on it and grill it until the bacon starts to get crisp. Many people prefer to cook their waterfowl the same way. For venison, nothing is quite as good as a backstrap steak cooked on an outdoor grill. And grills can be turned down to a very low setting and even used for smoking meat and making jerky.

If your wild game chef doesn’t have a cast iron skillet, he’s missing out on some of the best cooking of all. A cast iron skillet is great for frying upland game birds like quail and pheasants. And it can do an outstanding job on wild turkey breast strips, too! But a cast iron skillet really shines when it comes to cooking pan seared venison backstrap. Cut backstrap steaks about 2 inches thick, put a little of your favorite seasoning on the steaks and drop them in a hot skillet with about an ounce of peanut oil in it. The result are spectacular.