A good boot cleaner can help you keep dirt out of your home, cabin, RV, or camp trailer. 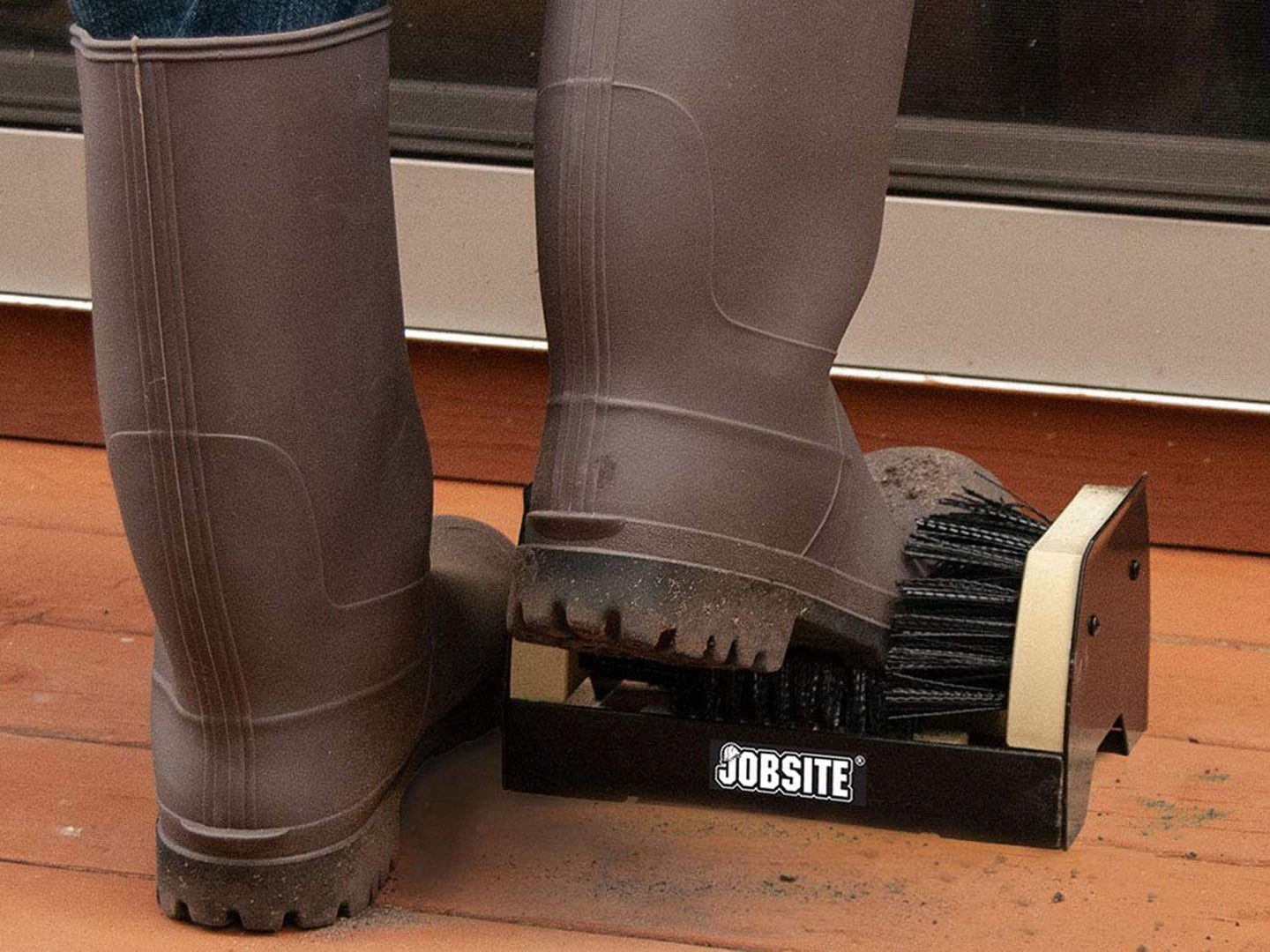 A good boot cleaner will help you keep your living spacers much cleaner and extend the lifespan of your footwear. Job Site
SHARE

Muddy boots and shoes are the bane of many outdoorsmen and women. Not only do they tend to spread mud and grime around the inside of your house or camp trailer but being caked with muck is bad for your boots’ leather uppers. A good boot cleaner can provide the remedy you’re seeking. However, not all boot cleaners are created equal. When choosing a boot cleaner, consider these three important factors.

Most boot cleaners have a lot of bristles that are designed to get into crevices and remove the dirt and mud that is stuck there. A boot cleaner’s bristles are the heart and soul of its cleaning mechanism. The number of bristle sets makes a difference on how easy it is to clean your boots and how much time and effort it takes, and the stiffness and length of the bristles largely determines whether only outside grime is removed or if the boot receives a deep cleaning. Boot cleaners with different lengths of bristles often are more effective than models with bristles that are the same length. Also, the more different angles bristles protrude from, the quicker and easier it is to clean your boots, letting you move on to more important chores.

This model’s handy sole and edge scraper can help ensure you get all the muck off your boots quickly and easily. UMIEN

Boot scrapers are nearly as old as boots themselves. In fact, just a few generations ago, many Americans had scrapers at their front doors for visitors to scrape mud off before entering. A boot cleaner that includes a scraper will be much more effective than one without, and here’s why. A cleaner with good bristles will eventually cut through layers of mud and get a boot clean, but it would do so much more easily and quickly if you started with a boot that had already been cleaned to some extent. The scraper gives you the ability to scrape all the muck off the bottom and even outside of a boot’s upper before you start the job of removing what’s left. A boot cleaner with both good bristles and a scraper will yield far better results than one that is missing one or the other.

This boot cleaner comes with four screws for easy bolt down on any surface, making mounting a breeze. Job Site

The mechanism by which a boot cleaner is mounted to a surface can depend on how useful, versatile, and transportable it might be. Many are made to screw directly into a piece of plywood or some other flat surface. These can be a little iffy because they tend to move some when you’re cleaning your boots, but the fact that you can throw them in the back of your truck and take them to hunting camp with you makes them very versatile. Most have mounting hardware included, but if they don’t, it’s easy to find a few appropriate screws at your local hardware store. Some scrapers need no mounting at all; they are made to simply lay on a flat surface and are used to clean dirty boots there. If you are in the market for one of these, make sure it has a sturdy base so you can clean your boots without it breaking or wobbling around, which could lead to a dangerous fall.