Three Things to Consider Before Buying a Camp Skillet

It’s easy to create hot, delicious meals over an open flame with the right cookware. 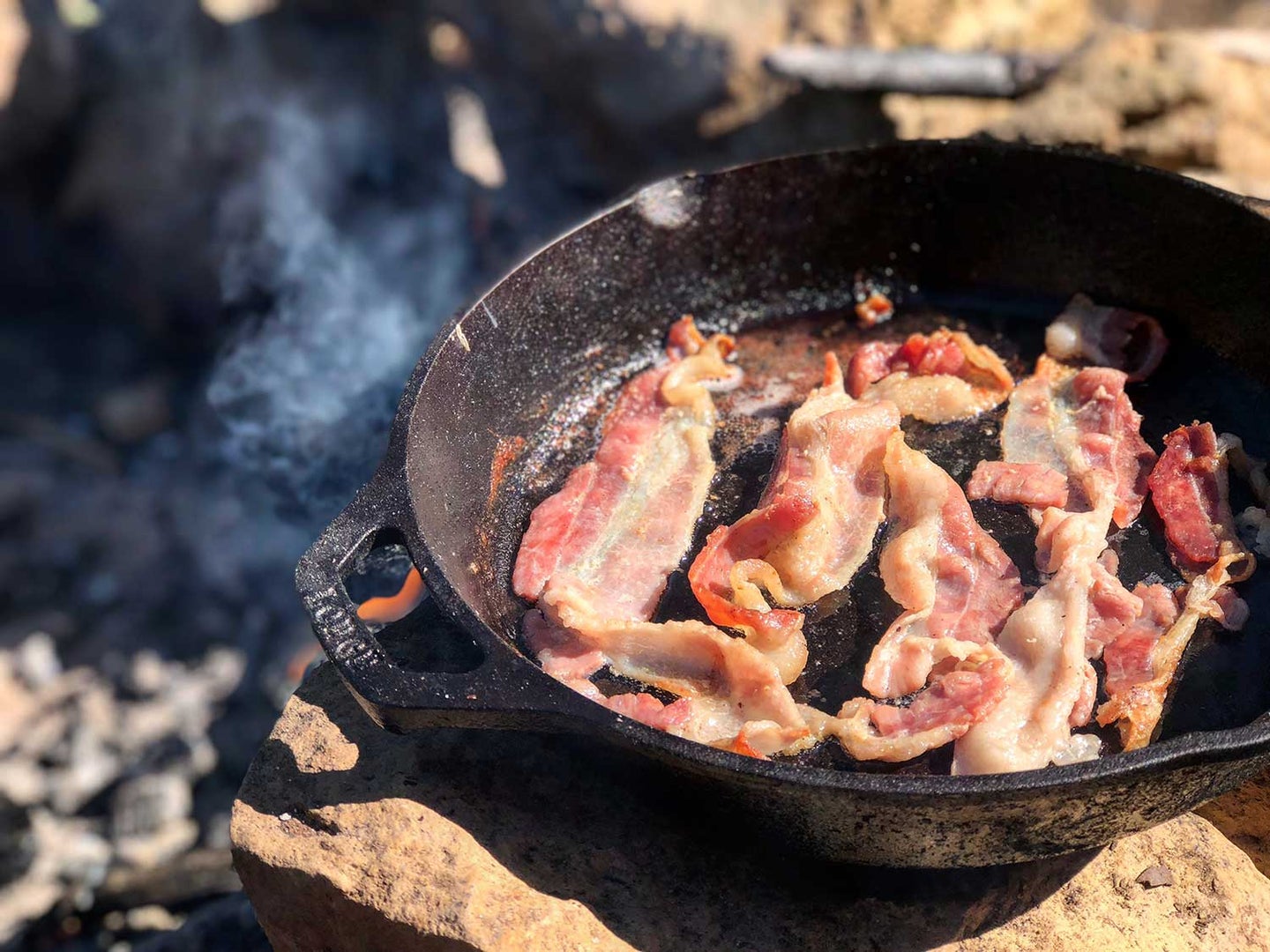 Make sure your skillet is seasoned before cooking with it for the first time since it helps prevent foods from sticking to the iron. Casey DeViese
SHARE

Few items have endured the passage of time with such grace as the cast-iron camp skillet. They have just as much a place in the modern campground as they did on the cattle drives of yore. But there are some big differences in what you need from a camp skillet compared to what you might want for your home kitchen. When you’re planning on feeding the trail gang away from home, here are three things to look for in the perfect camp skillet.

Much of the allure and magic about cooking with a cast-iron skillet has to do with the so-called “seasoning” of the skillet’s surface. It’s what makes a skillet nearly non-stick. It’s a carefully curated thin covering of oils that fills the porous surface of the iron. Many new skillets come pre-seasoned, so you don’t have to go through the process of seasoning a pan in a hot oven.

A couple of features around a skillet’s rim can make a big difference in your camp cooking, especially if you plan to cook over an open fire. A secondary handle opposite of the main handle lets you use two hands when moving a hot pan from place to place or rotating the pan on the fire for more even heat distribution. A pour spout or two is a big aid when you need to drain off hot cooking oil or serve stews and sauces.

One thing to consider with a camp skillet: No matter which one you choose; the handle is going to get surface-of-the-sun hot once you put it to use. Some skillets come with fabric, leather, or silicone handle covers. If yours doesn’t, then you should invest in a good, pot-holder glove that you can use around the fire.