Five Things to Consider Before Buying A Generator

When your home loses power, or you need electricity off-the-grid, a good generator can save the day. 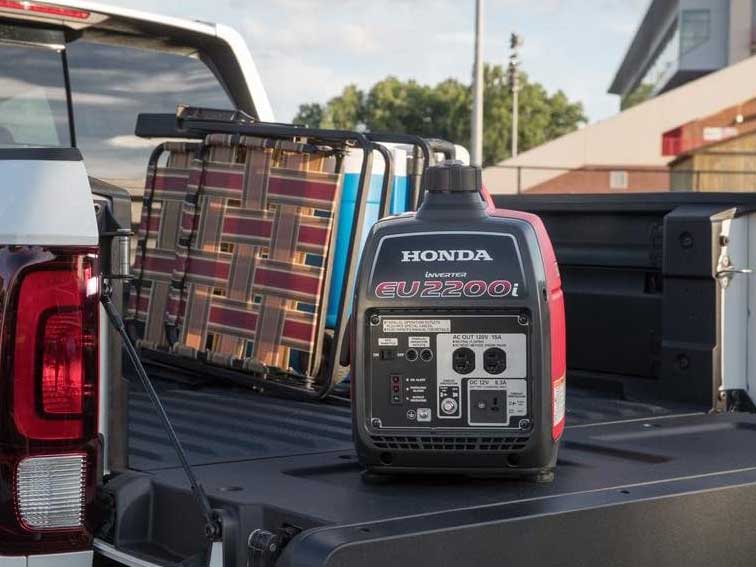 Ordinances in some states mandate that generators can’t operate above a specific noise level, so check the decibel rating before you buy to make sure the model complies. Honda
SHARE

It’s better to have a good generator and not need it than to need one and not have it. Generators can power lights, appliances, and any number of other electrical devices that run on electricity. The key is making sure it outputs enough power (watts) to power whatever you plan to plug in, and that it complies with any noise or air-quality standards you might have in your area. If you don’t plan to take the generator with you while traveling, a large, heavy motor should provide enough electricity for your home should you lose power during a storm. But if you prefer to power an air conditioner or television in your camp trailer, a small, lightweight model will suit you best.

This model weighs 525 pounds but can produce enough electricity to run most appliances. Generac

Backup, or standby, generators are usually large generators kept at home to power up appliances when your home loses electricity for whatever reason. Because they need to run a lot of appliances, they need to be able to produce a large amount of electricity, so make sure the output meets your demand. Also note that standalone generators are quite loud and can irritate close neighbors, so if that’s a factor, review the unit’s noise ratings when you’re shopping.

With 12,000 starting watts and 9,500 running watts, this unit can power lights and refrigerators, air conditioners, and high-amp power tools. DuroMax

Portable generators are made to take camping or any other place you need electricity to power tools or appliances. They’re smaller than standalone units, but still too large and heavy enough for a person to lift on their own, which is why most are framed inside pullable carts. The tradeoff is they don’t produce as much power as a standalone model, so don’t expect to power everything in your house. But they are ideal for power at job sites, tailgating, or large gatherings where there are no other outlets in sight.

This model can run for up to 11 hours on a full tank of fuel. Westinghouse

Select your portable generator by determining how much electricity you need to make. Take stock of the wattage requirements from the different appliances or tools you’ll need the generator to support. For instance, refrigerators require between 700 to 1,200 watts to operate, while laptop computers only need about 250 watts. Add the watts from all the devices and multiply the sum by 1.5 since it takes more power to start up many electrical devices than it does to run them. Make sure whichever generator you’re considering has a wattage rating higher than that number.

Noise level is especially important if you’re taking a generator on the road to use around a campsite. Not only can a loud generator be a nuisance to neighboring campers, but it can also damage someone’s hearing. Thanks to modern technology, some models produce fewer than 60 decibels of sound. For reference, hearing loss begins with extended exposure to noises of about 85 decibels and above.

If you plan to travel a lot with a generator, portability is key. Some extra small generators weigh as few as six or seven pounds, yet still produce enough power to keep electrical devices running. Many of these smaller units provide electricity through rechargeable lithium-ion batteries instead of using gasoline, propane, or diesel. This also alleviates the need to bring along extra fuel, which can be heavy and messy to transport.