Three Things to Consider Before Buying a Grill Press

Putting some weight on whatever you’re grilling or frying can take your recipes to the next level. 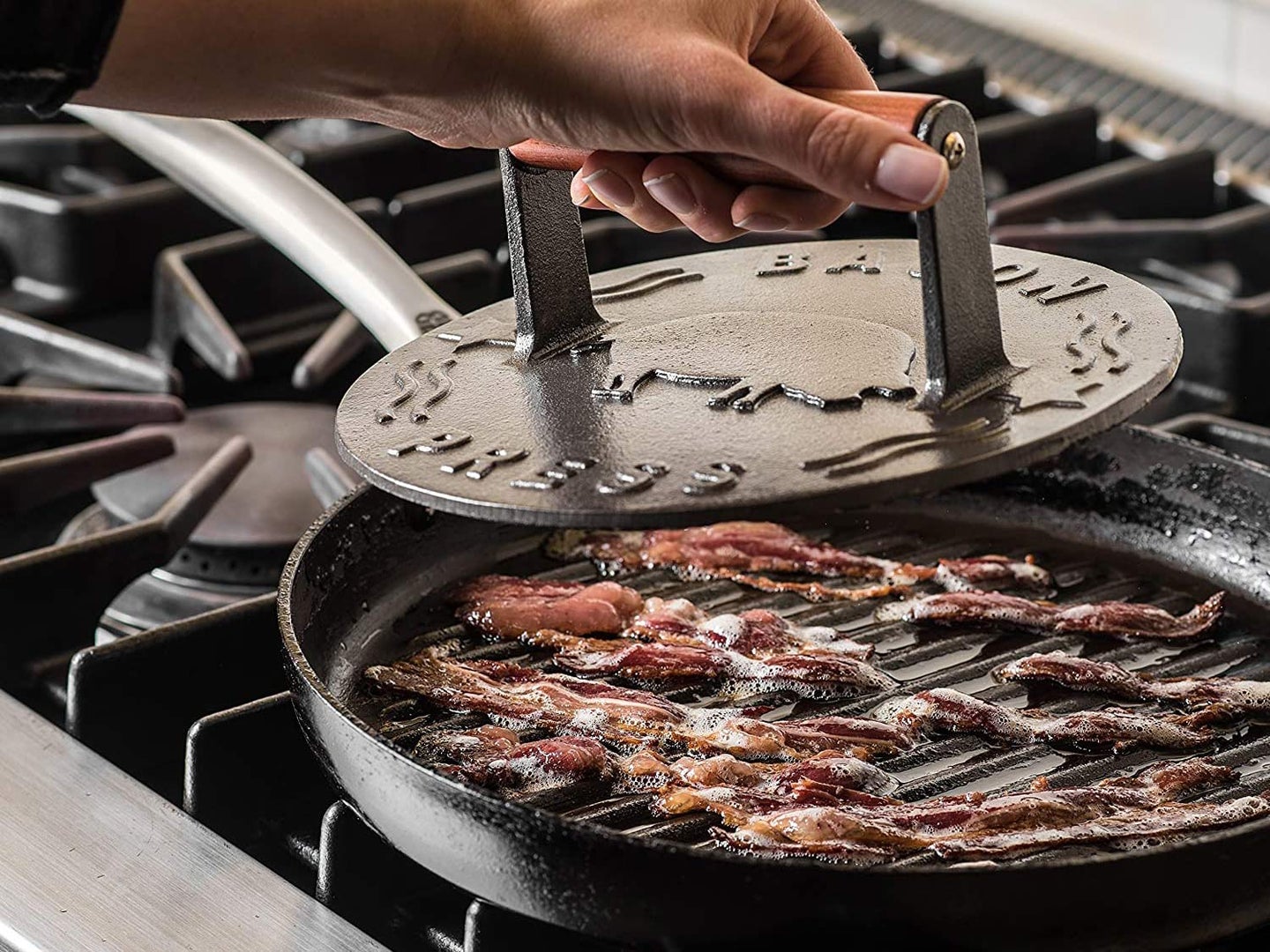 Grill presses force whatever you’re cooking against the heat so it cooks more evenly and thoroughly. Bellemain
SHARE

There aren’t many kitchen gadgets that can make as big a difference in your food presentation—or its taste—as a simple grill press. From keeping bacon from curling up and cooking unevenly, to pumping out the perfect panini, to putting that tasty, crunchy seared crust on a steak, this uncomplicated and inexpensive kitchen tool will make your meals shine. They’re easy to clean, easy and use, and so varied in their applications that you might quickly decide that one isn’t enough. When you’re ready to channel your inner 5-star chef—or even greasy spoon short-order cook—here are three things to think about when choosing a grill press.

Grill presses come in two basic styles: Those with a smooth surface and others made with textured ridges that produce parallel grill marks. Each has its advantages. The visual appeal of grill marks on a steak or panini is undeniable. But a textured grill press won’t brown a grilled cheese sandwich evenly, nor will it sear the entire surface of a steak.

It’s tempting to buy the largest grill press that will fit your pan but think twice. While it’s convenient to be able to press two grilled cheese sandwiches or two steaks at a time, an overly large press will trap steam and heat and hamper browning and searing. It’s better to go for a press that’s about the same size as the food item, even if you need to buy two and use them at the same time.

Grill presses are made in both cast iron and stainless steel, and while the stainless steel models are a bit lighter, a cast-iron press can be heated on the stove and then used to sear and brown the tops of food items while being used to press fish, paninis, and other food items flat. That’ll cut the time it takes to get perfectly seared food on the plate for hungry diners.