Three Things to Consider Before Buying a Ratchet Puller

How to move seemingly immovable objects with a little leverage and physics. 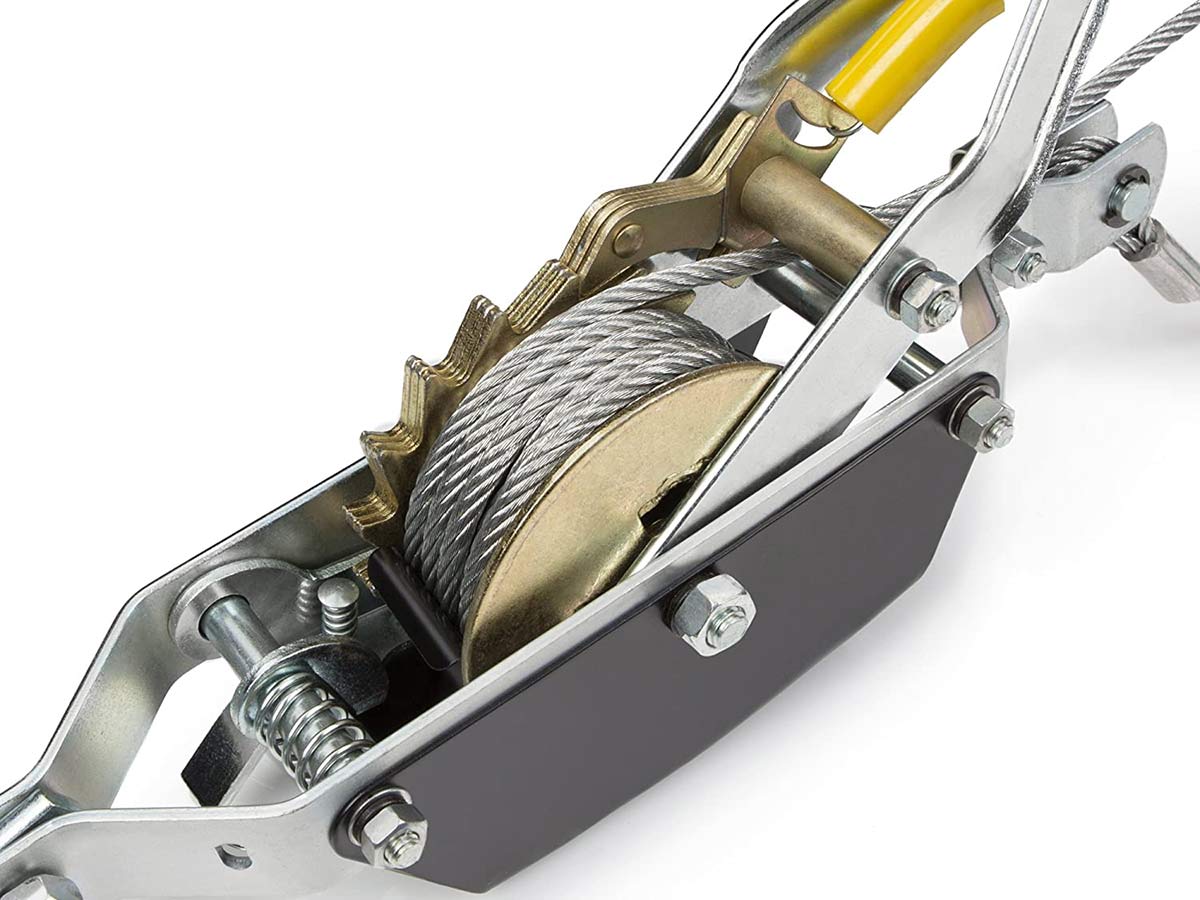 Ratchet pullers are designed to tug and hold heavy objects using much less effort and exertion than you’d apply if you tried to do the same chore without a tool. TEKTON
SHARE

Pulling out root balls. Stretching a span of fencing. Getting an ATV or a pickup truck unstuck. Moving a felled tree. There’s no end to the practicality of the ratchet puller, also known as a come-along or a power puller. They use a mechanical advantage to enable you to move an object that you would not be able to even budge on your own. While ratchet pullers may look alike at first, there are many differences among them, with some more suitable for certain uses than others:

If what you want to move is very far from where you’re going to anchor your ratchet puller, a rope puller is your best bet. That’s because a rope puller has one big advantage: you can pull an unlimited amount of rope through one. A rope puller can’t move extremely heavy objects, as a come-along can, but they excel in certain situations: moving a far-away trailer or vehicle, say, or directing the fall of a tree.

A ratchet puller with a steel cable is best for use in places where the line will frequently come into contact with rocks, trees, or other obstacles. A steel cable won’t be affected by such abrasion and will stand up over time in situations that would compromise the strength of a rope.

It’s obvious that the larger the object to move, the larger the ratchet puller has to be, but there’s another reason: you need a line that’s rated strong enough to move the object without breaking, and a snapped cable isn’t just frustrating, it can be dangerous. A steel cable that’s severed under a load can snap back with enough force to sever a limb. Invest in both practicality and safety by getting a ratchet puller that’s rated for heavy loads, and comes with a line that won’t snap back if it somehow breaks.