Three Keys to Selecting Your Next Spinning Reel

Where and what you plan to fish for dictates which spinning-reel model is right for you. 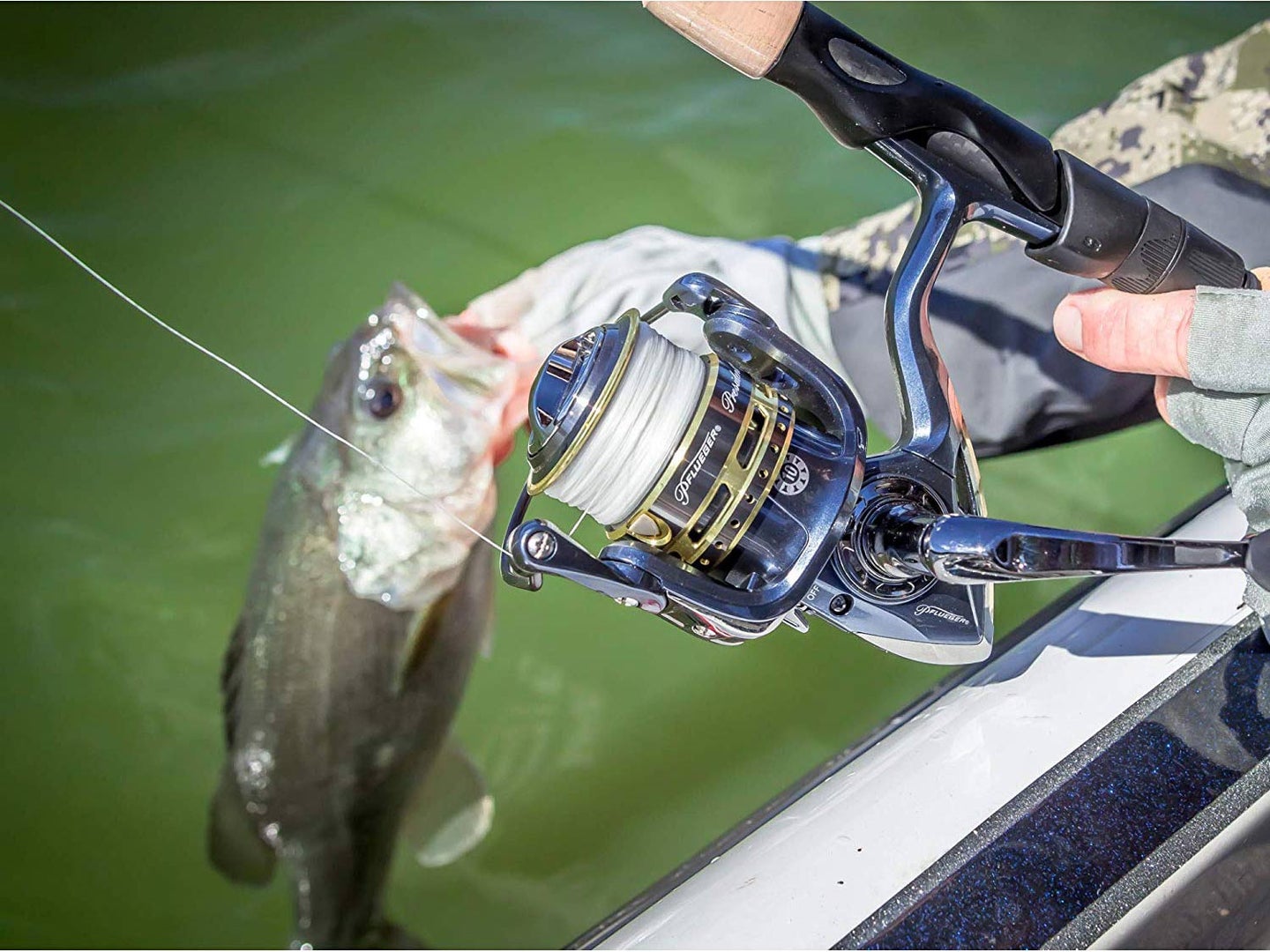 Before you buy, make sure the spinning reel you choose is sized for the conditions of where you plan to fish, and the fish you plan to catch. Pflueger
SHARE

The question isn’t what fish you can catch with a spinning reel, but what fish you can’t catch. Spinning reels are easy to use, strong, affordable, and extremely versatile. They’re available in many sizes, from tiny to gargantuan. You can use one anywhere. What’s not to like?

What’s not to like is buying the wrong spinning reel for where you want to fish, and the fish you want to catch. If the spinning reel is too light for the baits and lures you want to use, too heavy, too cumbersome, or won’t stand up to the fishing conditions, you won’t catch many—or any—fish.

Here’s a short guide to choosing the best spinning reel for you, based on where you fish, and the species you hope to hook.

The option holds 100 yards of 4-pound-test monofilament and the body is made from graphite. Pflueger

Trout live in clear water and will shy away from heavy monofilament, and most lures and baits for stream trout—garden worms, spinners, salmon eggs, artificial bait nuggets—are small. Both of those factors make an ultralight spinning reel the right choice for trout. These reels are designed to be spooled with 2- to 6-pound-test monofilament line, with 4-pound test being a good compromise. It’s thin enough to not spook wary trout, but heavy enough to handle easily and hold a big fish. Those are the same reasons to go with an ultralight reel for bluegills, perch, crappies, and other panfish.Look for an ultralight reel that has a quality drag system to protect that light line—you’ll need it when a big fish runs off with that small bait.

This model has a computer-balanced rotor system to prevent wobble when cranking. Okuma

Bass and walleye are different species, but the size of these fish that anglers catch is similar. So are the types of waters they inhabit. The lures that are commonly used for bass and walleyes typically weigh from 1/4-ounce to 1 ounce, too. All that makes a spinning reel that’s suited for 8-pound-test monofilament line the best choice. That line is heavy enough to handle those lures and will stand up to abrasions, but isn’t so heavy that it will spook bass and walleyes. Also, reels that are designed for 8-pound test will also handle lighter 6-pound-test and heavier 10-pound test, if conditions (clear water, say, or bigger lures and fish) dictate that you move down or up in strength. Look for a reel that’s well balanced and doesn’t weigh a lot, so you’ll be able to hold it and reel it comfortably for hours.

This choice is made for saltwater use and is ideal for conquering big saltwater game. Penn

Saltwater species caught by most anglers vary from hand-sized to people-sized. But one trait shared by them is that there’s usually a current and wind on the waters they inhabit, which necessitates lures or sinkers heavier than would otherwise be necessary. Also, saltwater is corrosive. That means you need a reel that can handle heavy lures, and is designed to stand up to the elements.There are many saltwater fishing scenarios, but two are most common. The first is inshore fishing—bays, rivers, sounds, and harbors. Those waters hold stripers, bluefish, flounder, sea trout, redfish, snook, and many other species. For those fish, and for the waters they inhabit, a reel that’s designed to hold 12-pound-test mono is a good all-around choice. Those will handle the 1/2-ounce to 2-ounce lures and sinkers that are often used for those species.The second common situation is surf fishing. Even though the fish may be the same species and size as inshore fish, the conditions differ. There’s much more wind, waves, and currents, with lures and sinkers weighing upwards of 2 ounces. That calls for a reel that’s designed for 15- to 20-pound-test monofilament line. Such mono will handle heavy lures, and the fish that inhabit the surf line—which are much more difficult to bring in because you need to fight the water as well as the fish. In either case, look for a reel that’s specifically designed for use in salt water. You don’t want your reel to seize up just when you have the fish of a lifetime on the end of your line.