New designs and functions, along with classic styles, mean there’s a knife set perfect for any kitchen. 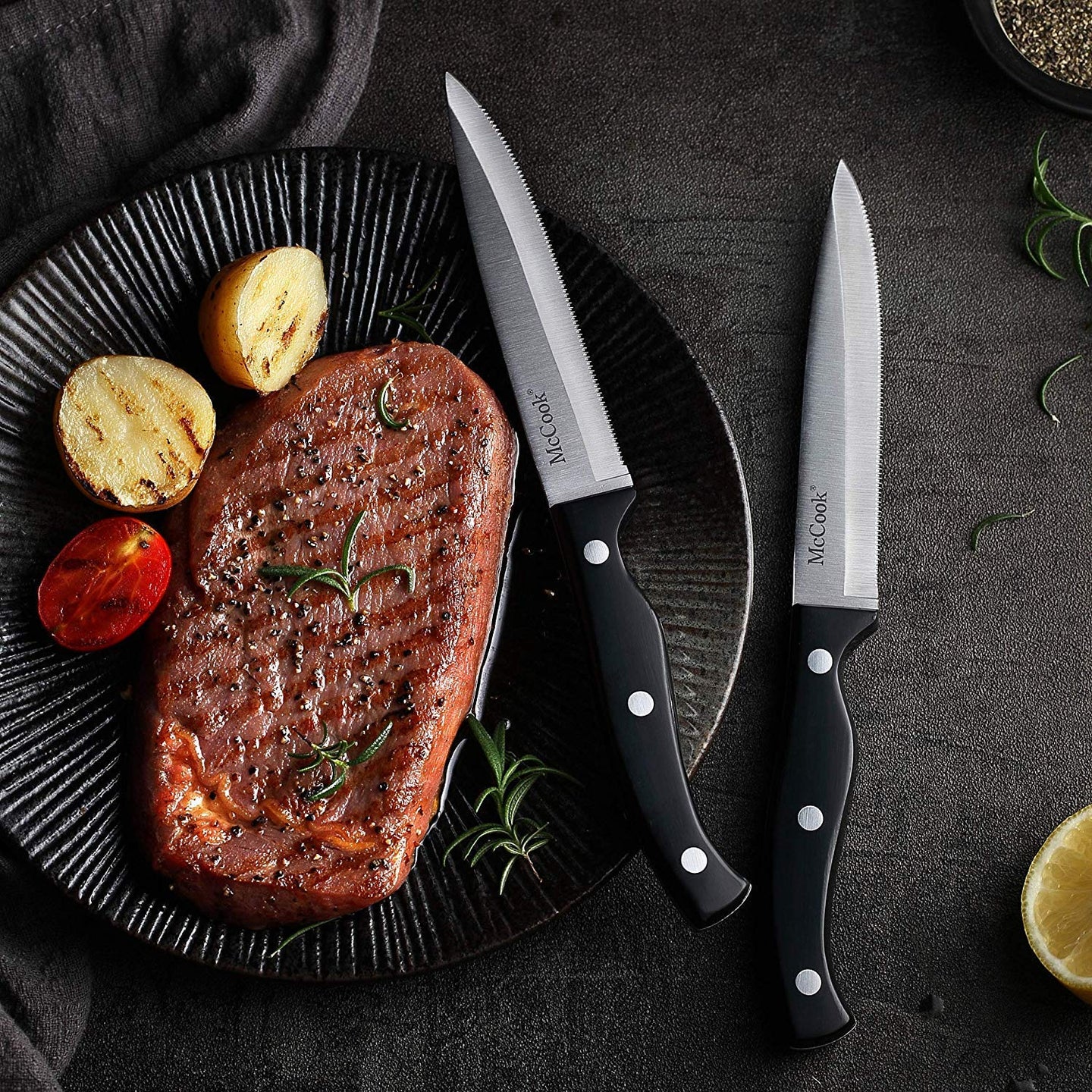 When it comes to preparing a meal, there’s no substitute for a sharp, resilient kitchen knife set. McCook
SHARE

Unless you survive totally on takeout and frozen dinners, you need a kitchen knife set to prepare meals. Carving, paring, chef, butcher, bread, and utility knives are designed to handle different jobs, and make meal prep much easier than if you only used one knife for it all.The idea of a kitchen knife set isn’t new, though some knife manufacturers have come up with new ways to store and display a collection of kitchen knives, though the classic butcher block knife stand is still very popular. Here’s a look at some popular kitchen knife sets available today.

A block of hardwood, set at an angle and with custom-sized knife slots, is the traditional design of kitchen knife sets. There are several reasons for this. The wooden block keeps the knife blades covered, protected, and secure, preventing accidents. Wood won’t quickly dull knife blades as they’re inserted and withdrawn, and it’s a classic, clean look for the kitchen because they match the wooden cutting board on which so many chefs use their knives.Some butcher block knife sets include steak knives, which ensures that you’ll always have sharp blades for the table—which isn’t always the case if steak knives are kept in a drawer, where they slide around, dull quickly, and can cut someone who’s reaching in for something else.

It’s a brilliant idea—make a kitchen knife block with an integral knife sharpener. It’s a great way to ensure that you’ll always have sharp knives, because it only takes a couple of seconds to run a blade back and forth through the sharpener when you remove it from the block, or just before you put it back. If that’s done consistently, the blades will always be sharp because you’ll retain those fine edges instead of waiting until the blades are dull to hone them—a much longer and tedious process.

One issue with block kitchen knife sets is the counter space that you need to devote to them. Manufacturers have come up with very clever ways to store a kitchen knife set in a small kitchen. One way is with a vertical magnetic sheet that the knife blades adhere to, keeping them visible but safe. Another is a vertical stand that stores and displays the knives in a fan arrangement. Stands made of acrylic allow you to see the knives but keeps the blades covered and protected.