Three Rangefinder Features You Should Consider Before You Buy

Not all rangefinders are the same, so make sure the model you’re buying has the tools you’ll need in the field. 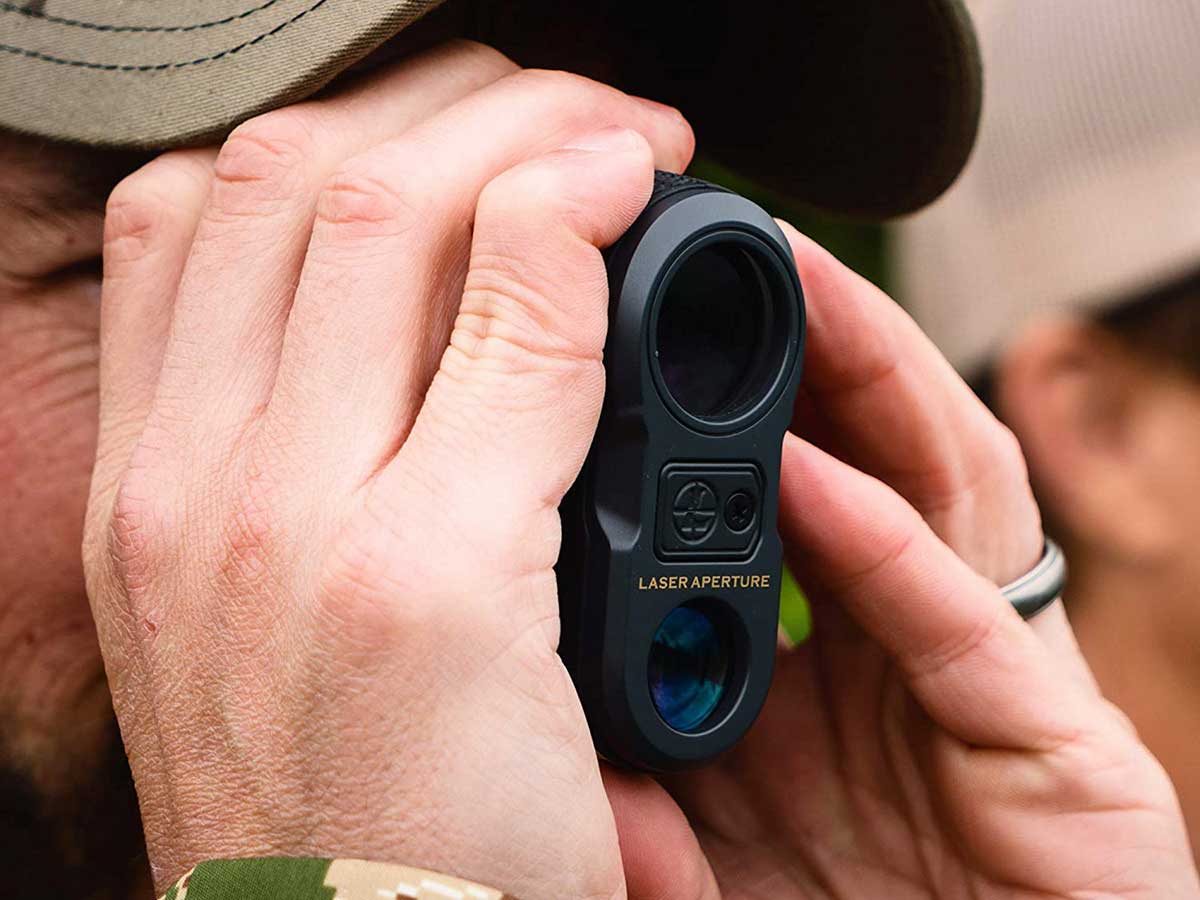 Laser rangefinder technology has drastically improved the last few years, so be sure to select one suited for however you plan to use it. Leupold
SHARE

The latest versions of laser rangefinders are better than ever. Improvements in technology mean they’re more accurate and less expensive than rangefinders of old, and, of course, there are numerous types available.

What’s the best one for you? That depends on three things: The distances you want to measure, the objects at the distances you’ll be measuring, and if you want the rangefinder to function in coordination with a rifle.

You can get a rangefinder that will measure distances to 500 yards or a bit more without breaking your budget. Some even have an angle-compensating mode—meaning that it will measure the true horizontal distance to an object that’s uphill or downhill from you. That can make the difference between a good shot and a bad one if you’re golfing or hunting and lining up a shot on a slope. The difference between measured distance and true horizontal distance can be enough to make you miss your target if you don’t take it into account, because gravity will only affect the ball and bullet for the horizontal distance.

Laser rangefinders work by sending out a laser beam to an object and reading the reflected light. A microchip determines the distance by measuring the amount of time it takes for that return light to travel. However, all objects don’t return light the same way. Manufacturers refer to this difference as reflective and non-reflective objects. Golf flag sticks are often reflective, but animals never are. So, if you’ll be calculating the distance to faraway deer or elk, make sure the rangefinder you’re considering has adequate non-reflective distance measuring capability.

Note that if you can’t get a reading on an animal, you can compensate by taking a reading on a reflective object, such as a rock, adjacent to the it. Also make sure the rangefinder is waterproof and has enough magnification to allow you to see that distant animal clearly.

Some rangefinders incorporate the ability to take the ballistics of your rifle cartridge into account. That makes it much easier to make an accurate long-distance shot, because you won’t have to consult a ballistics table to know how much your bullet will drop at a certain distance. The rangefinder, once you input the ballistic info for what you’re shooting, will calculate any angle as well and display how high—if at all—above the target you need to aim in order to deliver an accurate shot. That capability, combined with a rangefinder’s angle-compensating feature, takes a lot of the guesswork out of long-distance shooting.