Don’t let your time outdoors be ruined by mosquitoes, blackflies, gnats, and ticks. 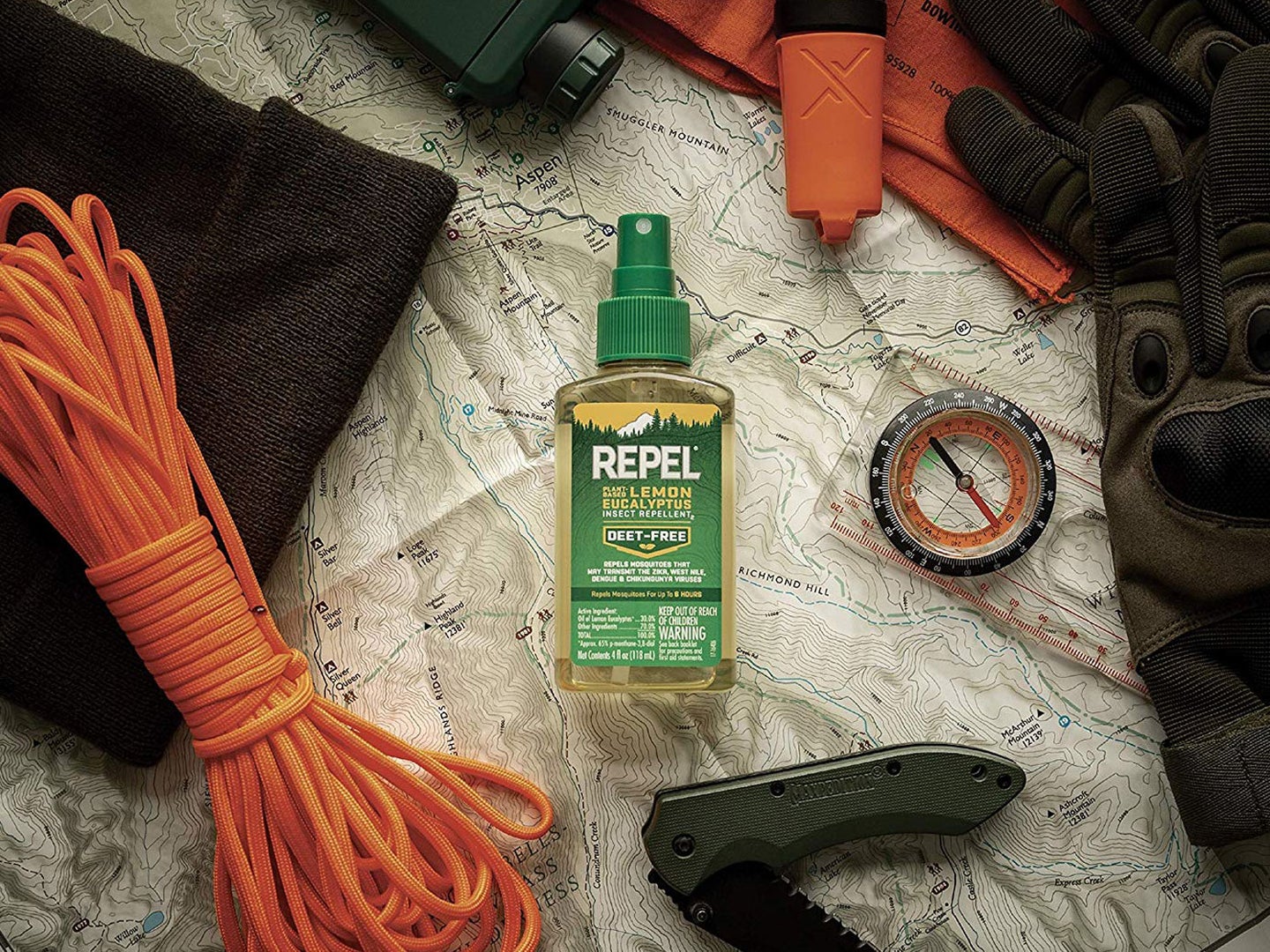 Some insect repellents use harsh chemicals, through there are some natural formulas that use lemon eucalyptus oil. Repel
SHARE

After a long winter indoors, you toss that coat into the closet, get outside, and get chased back indoors by biting, crawling, swarming, blood-sucking bugs. Unless you want to spend your summer the same way you spent your winter, you’ll need insect repellent to enjoy the warm months.

Note, though, that a repellent that’s effective for one person may not be effective for someone else, or in a different area. A 2014 study of repellents by the National Institute of Health found that, “The heterogeneity in repellent sensitivity between mosquito genera and vector species could however impact the efficacy of repellents in public health programs.” Basically, that means what repels one bug may not repel another bug, so it pays to have a couple of different kinds of repellents on hand. Here’s what’s available today.

Picaridin, a synthetic compound, makes your body inhospitable to insects. It was developed in the 1980s and can be used on both skin and clothing. It also won’t harm plastics and finishes, which isn’t the case with all other repellents. Picaridin repellents are available in several forms, with lotions being the most popular.

The OFF! Deep Woods repellent contains 25 percent DEET and does not have an oily feel. OFF!

The OFF! Deep Woods repellent contains 25 percent DEET and does not have an oily feel. OFF!

DEET, or diethyltoluamide, has been around for a long time. The U.S. Army developed DEET in the 1940s to protect soldiers in insect-ridden areas. It confuses the insect’s receptors that allow it to find hosts. DEET products used to be oily, and some still are, but new formulations of DEET-based repellents don’t have a greasy feel. DEET can be used on clothing, too. The amount of DEET varies from repellent to repellent, with low concentrations being recommended for families with young children and high concentrations targeting adults who spend a lot of time in insect-prone areas.

Lemon eucalyptus oil, which is derived from the lemon-scented gum tree, has long been used as an insect repellent. It has been reported to be very effective against mosquitoes. It works by making your skin inhospitable to insects.

Some repellent formulations also contain sunscreen, which makes life a lot easier—especially if you have a child along. These may need to be reapplied from time to time, just as all sunscreens should be, but the 2-in-1 convenience can’t be beat.