A dull knife is about as useless a tool as you can get, so if you know someone that needs to put a better edge on their favorite blade, here are three great gift ideas for any time of the year. 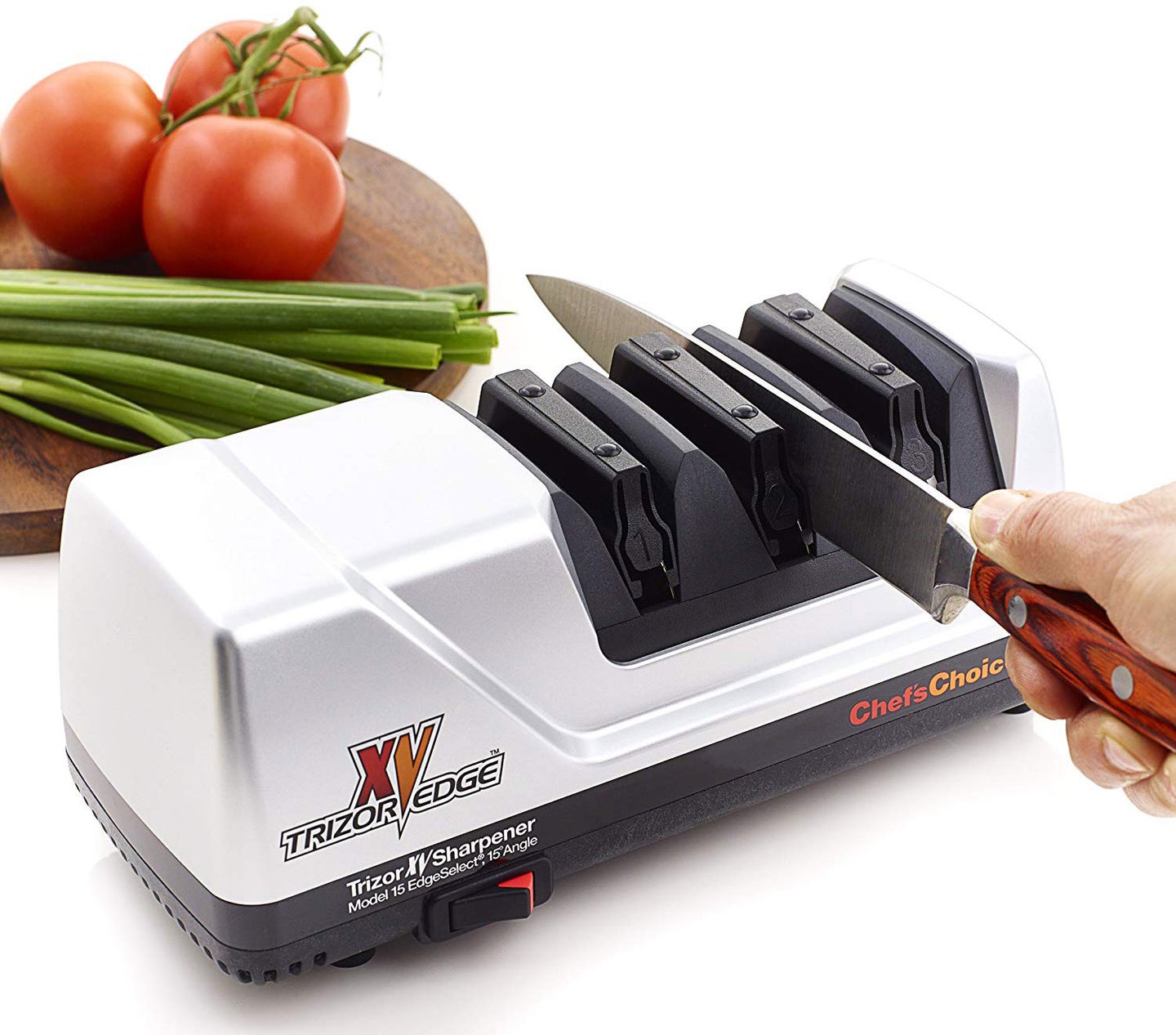 An electric sharpener is a great solution if someone doesn’t know how to properly use sharpening stones to hone a blade. Chef's Choice
SHARE

While it might not be common knowledge, a dull knife is more likely to cut its user than a sharp one, since the fact that it is dull often forces the person doing the cutting or slicing to do so in an unsafe manner. If you’re shopping for a someone who hates a dull knife, you won’t go wrong with these three gift ideas.

This two-stage manual sharpener is made for use on a table or countertop. KitcheIQ

For folks who really know how to use them and don’t mind taking their time to sharpen a knife, manual sharpeners can put a near perfect edge on just about any piece of cutlery. The angle of the blade when sharpening on a manual sharpener is an important factor. For pocket knives and most hunting knives, an angle of 25 to 30 degrees is best. Like electric sharpeners, many manual sharpeners have two or more stages.

This handheld sharpener has a coarse stage that replaces dull edges and a fine stage for honing and polishing. Global

Handheld portable knife sharpeners are extra handy for chores that you run into when out in the field. Putting a new edge on your knife occasionally can make a big difference in how quickly, and how well, you get certain jobs done. The same can be said for butchering chores. If a knife gets dull and the job becomes more laborious, someone can whip out a handheld sharpener, put on a new edge and get back to the task at hand. The best handheld sharpeners, despite their small size, have two different stages—the first is a coarse stage that replaces the dull edge, the second is a fine stage for honing and polishing.