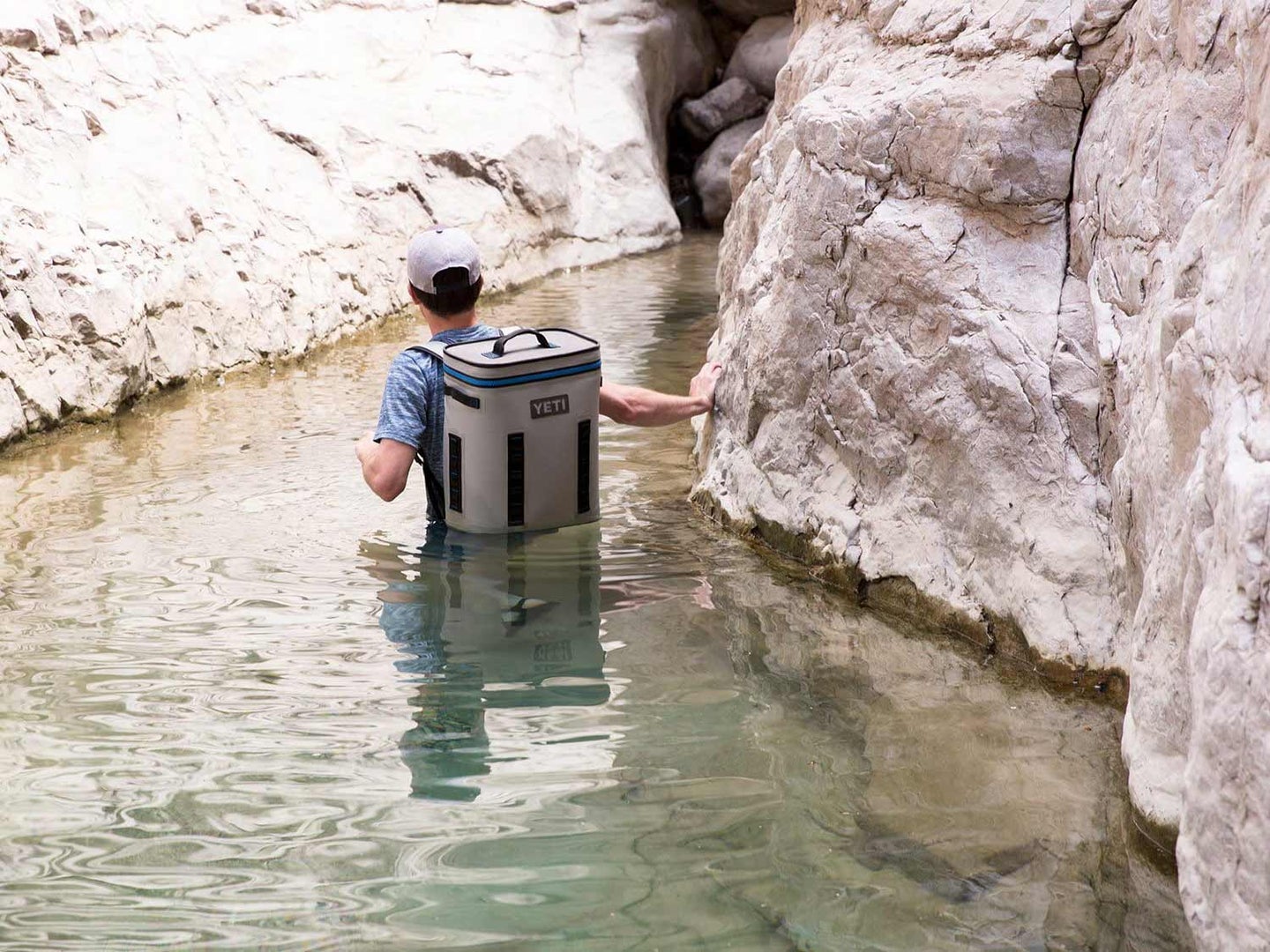 Coolers are wonderful pieces of outdoor gear. A good cooler will make any kind of outing—camping, fishing, boating, or just hanging out at the lake—more fun and comfortable. After all, what’s so fun about eating ruined food and drinking lukewarm drinks? Fortunately, both hard-sided and soft-sided coolers are better than ever, and because units are made with durable materials, strong zippers, and incredible insulative abilities, some soft-sided models edge out their hard counterparts for many uses.

This ultralightweight soft-sided cooler comes in either 15L or 24L capacity. Lifewit

One of the best things about soft-sided coolers compared to their hard-sided, rotomolded counterparts is each is relatively lightweight. Soft-sided coolers are so much lighter than hard-sided ones that most of the weight you’ll be carrying comes from the contents itself, not from the actual cooler. The outside of soft coolers is typically made of vinyl or some other durable fabric, which lends to their light weight. However, soft coolers give up a lot in capacity to hard-sided coolers, since they are typically much smaller. Imagine trying to carry a very large soft-sided cooler full of food and ice! Note that light doesn’t necessarily mean fragile or easily torn. Look for a lightweight cooler made of quality material with good, heavy-duty handles for the best results when trying to keep food items cold when on the move.

This Yeti soft-sided cooler has sturdy, comfortable backstraps for each transport. YETI

Another selling point for soft-sided coolers versus hard is how easy they are to transport. A lot of hard-sided coolers are so large and heavy it’s impossible to carry them without help when they are loaded. Conversely, soft-sided coolers are mostly made to be carried by a single person. Some even have backpack straps so you can transport them in a hands-free manner, allowing you to carry a lot of different things simultaneously. Hand in hand with easy transport is easy storage when they are empty. Since most collapse or fold down, it’s easy to stuff them around other items when they are empty, and you are loading them up to come home. Packing a hard cooler often requires the cooler to be the central object, with other items packed around the cooler. Soft-sided coolers can be folded down and packed around other gear very easily.

This hybrid soft/hard cooler features high-performance insulation and a radiant heat barrier that reflects heat rather than absorbing it. Arctic Zone