When customers asked for premium 16- and 28-gauge upland ammo, Federal went to work. 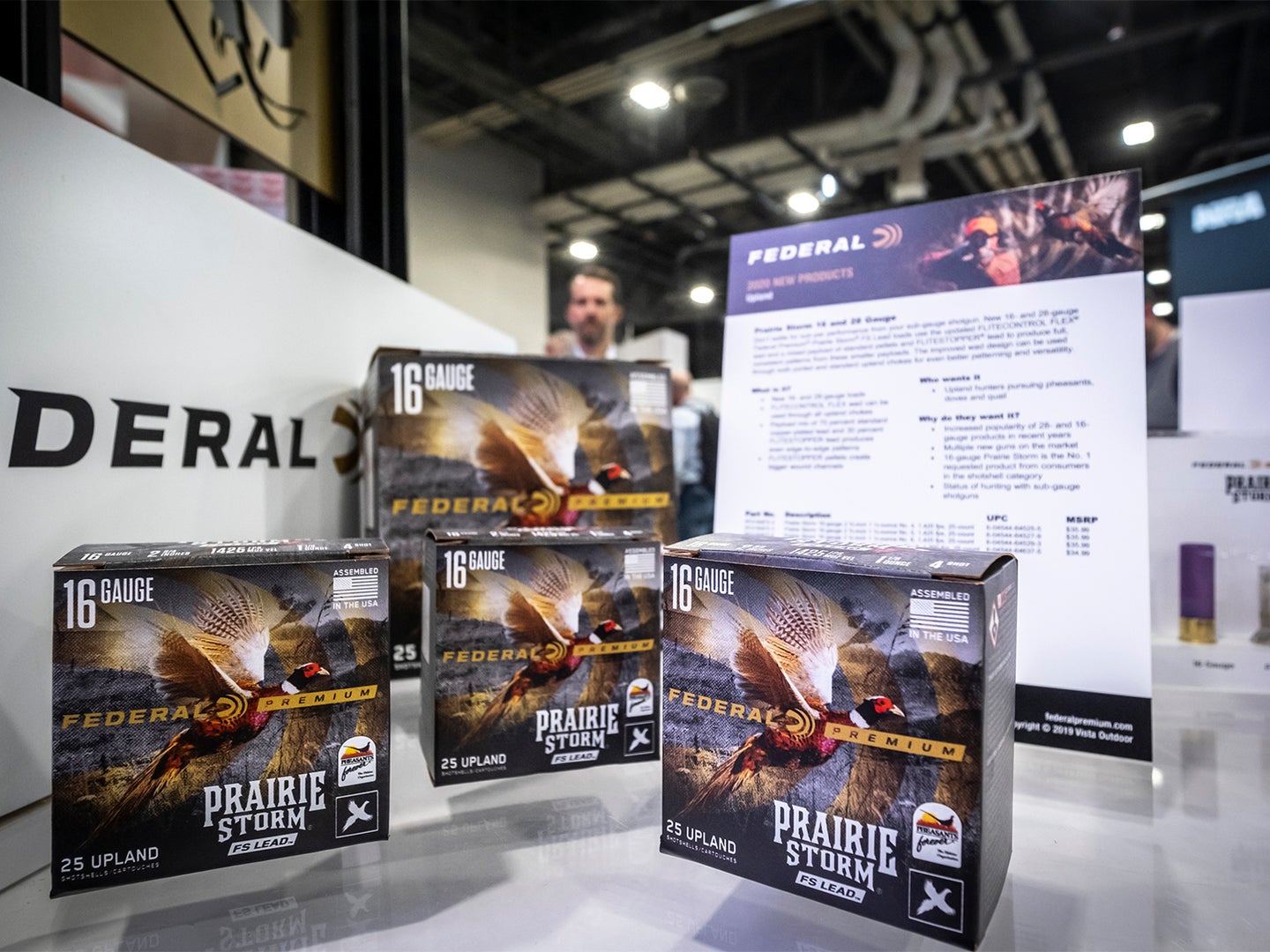 When the team at Federal Premium learned there was a demand for their popular Prairie Storm ammo in 16 gauge, they got to work. Federal Ammunition
SHARE

Although 12- and 20-gauge shotguns remain the most popular choice of firearms for upland hunters, recently, manufacturers have seen renewed interest in a pair of smaller gauges. The 28-gauge, in either a side-by-side or an over-under configuration, has long reigned as “the Gentleman’s Gun” for hunting quail over classic points by a brace of well-trained dogs. It also happens to kick far less than a 12-gauge and, being far lighter, is a joy to carry afield all day long.

The big surprise, though, has been the resurgence of “the Sweet Sixteen,” the 16-gauge shotgun. Aficionados of this classic gauge often say “it carries like a 20 but hits like a 12,” which made it ideal for hunters who put long hours in the woods in search of grouse and woodcock or walked long cornfield rows for pheasants. The problem has been the lack of readily available modern guns, but several manufacturers now have stepped up with new 16-gauge shotguns, both side-by-sides and over-unders.

When the team at Federal Ammunition looked at the situation, they realized that the increased interest in 16- and 28-gauge shotguns gave them the opportunity to better serve this burgeoning market. The company already had a wildly popular upland and waterfowl load in house: Prairie Storm. Further consumer research revealed that 16-gauge Prairie Storm was the No. 1 requested product from Federal consumers in the shotshell category.

The wad’s redesigned rear-deploying brake fins and side-mounted vents help the payload separate from the wad at precisely the right moment for dense, consistent patterns. To do this, Federal Premium engineers beefed up the wad’s brake system, starting by reinforcing the wad’s flexible rear fins with sturdy supportive gussets. Gas pressure inside the barrel first flexes, then opens the fins. That, in turn, triggers the shot to separate from the wad.

The company’s engineers also replaced the original wad’s windowlike side flaps with straight slits that run parallel to the shotshell. The slits allow an even flow of air inside the wad to equalize internal pressure. This balances the force propelling the pellets down the barrel with the air pressure in front of them, maximizing the potential for consistent shot-and-wad separation.

Along with delivering tighter, more-consistent patterns, new Prairie Storm loads also carry a deadlier cargo than ordinary upland ammo. Federal FliteStopper pellets make up 30 percent of the payload. These pellets have an elliptical shape (as compared to regular round shot) and are enclosed with a raised cutting ridge the gives the pellets an unparalleled ability to slice through feathers and flesh. The remaining 70 percent of the payload consists of round, hard-hitting, copper-plated lead pellets. These pellets are precisely blended with the FliteStopper pellets to produce even, edge-to-edge patterns. The design also means Prairie Storm shot delivers excellent retained velocity and energy down range, and that ultimately means hunters will lose fewer birds.

To further enhance the performance of Prairie Storm afield, Federal engineers made use of buffered shot. Buffer evenly distributes the ignition force throughout the payload, allowing for uniform separation of the shot as it exits the muzzle. The process also helps reduce pellet deformation. Pattern testing by Federal engineers proved that Prairie Storm is a superior upland load. The end result? Holes in the bird, not the pattern—something any upland hunter will appreciate.

Hunters have long supported nationwide conservation efforts through the Pittman-Robertson excise taxes paid on ammo purchases. Federal has taken that one step further. It has supported Pheasants Forever since 1998, and that ongoing support includes an ammunition royalty program. For every purchased box of Prairie Storm that sports the Pheasants Forever or Quail Forever logos, Federal donates a portion of the proceeds to the organization’s habitat and education programs. So far, Federal has sold more than 55 million of these special shotshells to support Pheasants Forever and Quail Forever. So when you use Federal Premium Prairie Storm FS Lead you not only get superior ammo, but you’ll also be doing your part to help maintain viable populations of upland gamebirds for the next generation of hunters. (federalpremium.com)